But that's okay, Marvel Comics have got a couple out that could be spun round by canny comic shop owners.

The first is Meet The Skrulls #1. We talked about that yesterday, it definitely taps into the role and moral ambiguity of a Skrull invasion in the movie. And a nice big shiny issue one. 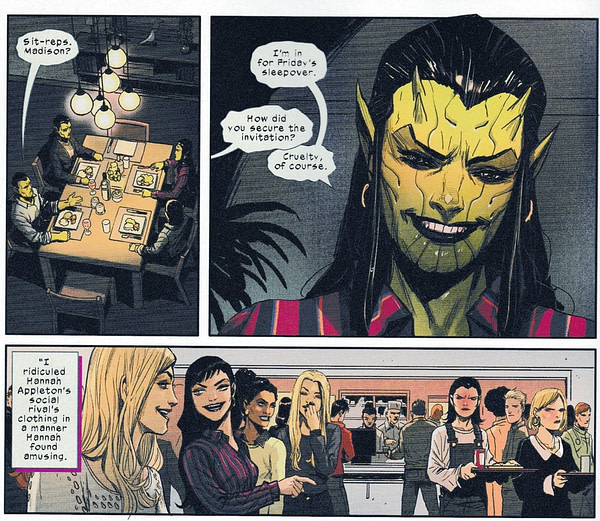 But there's also Avengers #16. Which is mid-way through its big War Of The Vampires storyline ahead of War Of The Realms mega-event. Not traditionally the kind of comci book one mihght hand a newcomer, fresh out of a Captain Marvel screening.

But it is drawn by David Marquez, which is always a good thing. And you get scenes like this…

Which has a nice thematic tie-in with the movie as well… that's if people who see comic book films actually might pick up a comic or two. You never know. It could happen…

AVENGERS #16 WR
(W) Jason Aaron (A/CA) David Marquez
"WAR OF THE VAMPIRES" PART 3!
Welcome to the Avengers, Blade – hope you survive the experience! Though there are plenty of vampires out there that definitely won't, as the civil war tearing apart the worldwide undead community rages on.
Rated T+In Shops: Mar 06, 2019
SRP: $3.99