Colored, drawn, and written by Eisner-winning artist Peach Momoko, Demon Days: Mariko #1 tells the story of the titular Mariko, whose violent outbursts and dreams are getting out of hand. Initially released in 2021, Demon Days: Mariko #1 might be best described as a fairly traditional Japanese supernatural story with Marvel characters added for flavor.

It is technically a spoiler that the long red-haired woman on the cover is Black Widow, but Momoko made it clear visually from the first time the character appears, so it's hardly a surprise.

There's a precision to Momoko's watercolors that makes me think they're digital, but if they're not, then they're even more impressive. Translator Zach Davisson is in his element, moving between gossiping Japanese schoolchildren and a heart-to-heart conversation from an elder to Mariko. Some of the comic's back matter includes a brief but presumably comprehensive origin of two Japanese monsters. (Kickball, improbably, is involved.)

In this issue, readers can easily see why Marvel chose to honor Momoko with the Stormbreaker designation. Demon Days: Mariko #1 almost certainly crossed my hard drive as a mistake (Marvel released the issue on June 16th, 2021, and it was included in the batch of issues that was released on June 15th, 2022), but it's difficult not to feel grateful for the introduction to Momoko's interior work.

IN THE SHADOW OF KIRISAKI MOUNTAIN…A SECRET HISTORY COMES TO LIGHT! The DEMON DAYS saga by STORMBREAKER PEACH MOMOKO continues! Mariko Yashida hears mysterious voices and has strange dreams that feel real. Her redheaded maid who dresses all in black might know more than she lets on. What is the connection between Mariko, the creatures called Oni and Kirisaki Mountain? Find out in the next installment of this tale of magic, monsters and Marvel characters like you've never seen them before, beautifully rendered by Peach Momoko! Book TWO of FIVE of the DEMON DAYS saga! 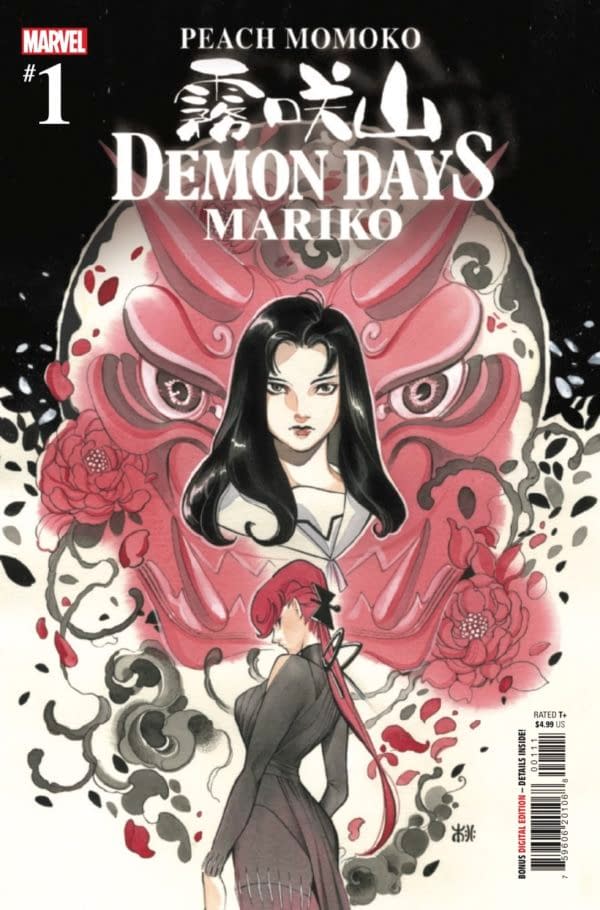 Image Comics has plenty of (already discussed) launches in November 2022, but their solicits and solicitations begin with I Hate Fairyland, as serialised

Welcome to the first month of Frank Miller Presents' solicitations with Ronin Book Two by Miller, Philip Tan and Daniel Henriques, as well as Ancient

He's been reading it at comic book conventions all summer long. And now writer/director/actor Kevin Smith's Quick Stops #1 is in Dark Horse Comics'

Behold Behemoth & End Of The World in Boom November 2022 Solicits