Marvel is having a lot of delayed books by one of two weeks. This is a look at a couple of series having certain date issues right now. 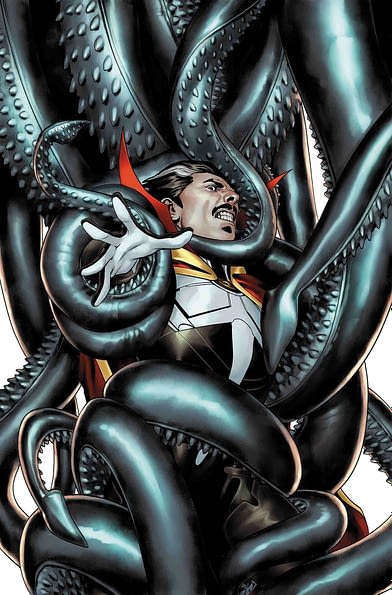 The current Doctor Strange series by Mark Waid and Jesus Saiz has been getting a little later of late, as it heads towards its final issue.

Doctor Strange #17, solicited for 24th July then slipped two weeks to August 7th. Now it has slipped another week to August 14th.

Doctor Strange #18 had slipped from 7th August to 21st August, has dropped another week to the 28th August.

While Doctor Strange #19 which had slipped from 21st August to September 4th, has dropped another week to September 11th.

And its final issue, Doctor Strange #20 was delayed from the 4th of September to the 2nd of October… that is still the same.

Punisher Kill Krew #1 was solicited for the 31st of July, but has now slipped two weeks to the 14th of August.

Punisher Kill Krew #2 was solicited for the 21st of August, but has now slipped three weeks to the 11th of September.

It's not Doomsday Clock. But it is something…