Two Witches is the first feature from writer-director Pierre Tsigaridis, available now to digitally stream on the Arrow app from Arrow Films. The film stars Rebekah Kennedy (To the Bone), Kristina Klebe (Rob Zombie's Halloween), Belle Adams (Perry Mason), and Tim Fox (Westworld). This dark horror film came in swinging with a unique visual style, but the narrative bumps threw it all off course.

Expectant young mother Sarah is convinced she has been given the evil eye from a mysterious blank-eyed old hag while she is dining with her bullish and insensitive partner Simon. When the couple go to visit his new-agey friends Dustin and Melissa, dark forces are unleashed after an ill-advised attempt at consulting a Ouija board to allay her fears. Meanwhile, tensions grow between grad school student Rachel and her new roommate Masha after a violent incident involving a man that the strange and impulsive young woman has brought home.

The majority of Two Witches crosses back and forth between confusion and clarity concerning the overall story. While breaking a horror film into "chapters" can be fun, it makes more sense to do it in "parts" since there are only two of them and an epilogue (which isn't an official chapter). Foundationally it started off from a rocky place and depended upon some quality visuals to help lift and distract from messy conclusions.

While some of the acting felt incredibly cringe, others pulled out some great emotional and tense moments. The entirety of Two Witches felt like it could have been more of a short film attempt rather than as long a film as it was. It had a lot of potential to be genuinely horrific in the most visually beautiful ways. Sadly, it ended up becoming incomplete with how the plot and connecting dots between the two chapters and epilogue truly fell apart.

One part of the film that stood out in a good way was the special effects makeup, even if at some points it felt like it didn't go hard enough or ended up holding back. Speaking of holding back, there was so much more potential in the first chapter and the second one felt like it stretched really far to make it connect at all to the plot. While Two Witches can have fun with the concept of witches in the horror genre, the story feels tired in the end. Overall, this film was held back by its messy storyline and was saved purely by the visual talents on the screen. 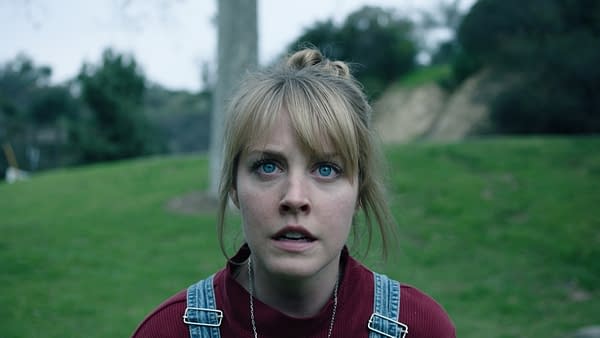 Review by Brittney Bender
5.5/10
Two Witches was a dark tale horror film held back by its messy storyline and ended up being saved purely by the visual talents on-screen.
Credits
Director
Pierre Tsigaridis
Production
Incubo Films