The Amazon listing for the X Of Swords collection used to list all the titles that it would collect. Marvel has previewed the event by announcing X Of Swords: Creation #1 by Jonathan Hickman, Tini Howard and Pepe Larraz and there is more to follow. "Threatened by powerful forces from the unknown, ten mutants will rise up to defend their home. Arming themselves with legendary blades both new and familiar, mutantkind will finally meet its mystical destiny. Impacting the entire X-Men franchise and setting the stage for the future of mutantkind, X OF SWORDS will be a modern X-Men epic that both longtime and new X-Men fans can't miss."

Here is how Amazon had it back in the day:

But is that right? X-Men Senior Editor Jordan White throws some mud on the situation over on Twitter. It has now been removed by Amazon. They got the first title right, though, it seems. Of course, there has also been a pandemic going on so who knows how things have been changed or rescheduled. Still, remember, it looked like it really began in Cable #1. When Teen Cable gets his sword, plucked from the paw of an alien monster. 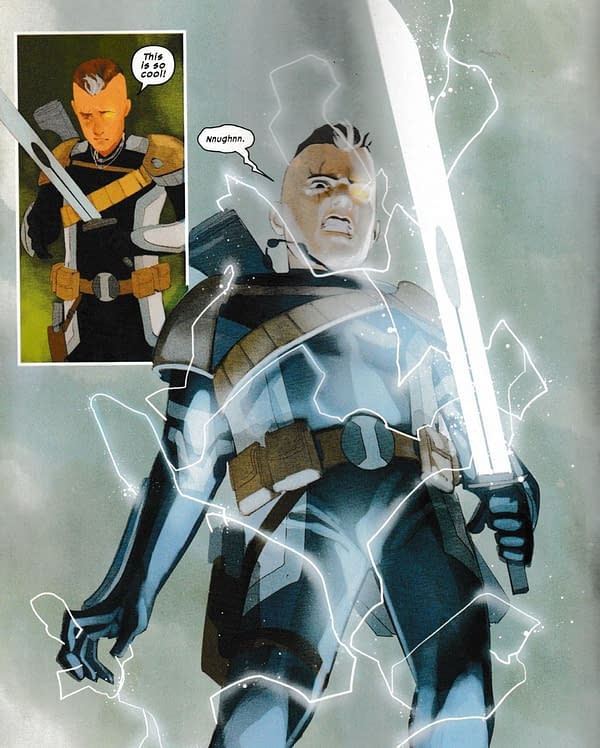 We learn who had it before it ended up embedded. 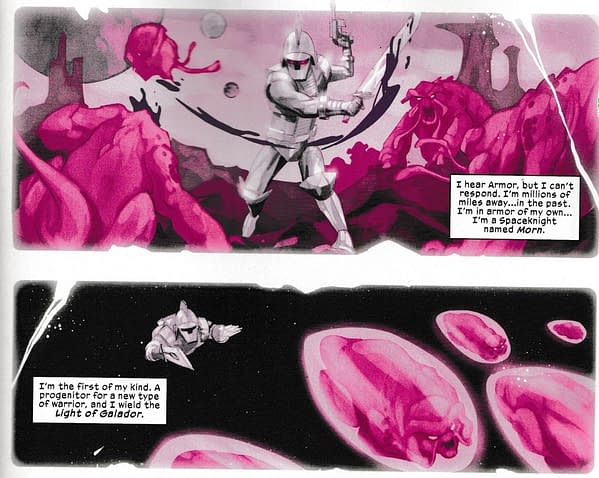 This sword is the Light Of Galador, owned by the first of the Spacknights of Galador. They may not be able to say his name anymore… but that's Rom, Space Warrior. Now owned by Hasbro and licensed to IDW, but Marvel still owns all the aspects that they brought to the party. 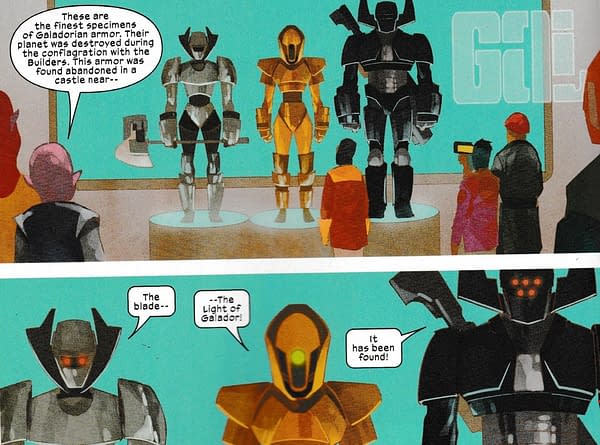 And the remaining knights are awakened and on their way… 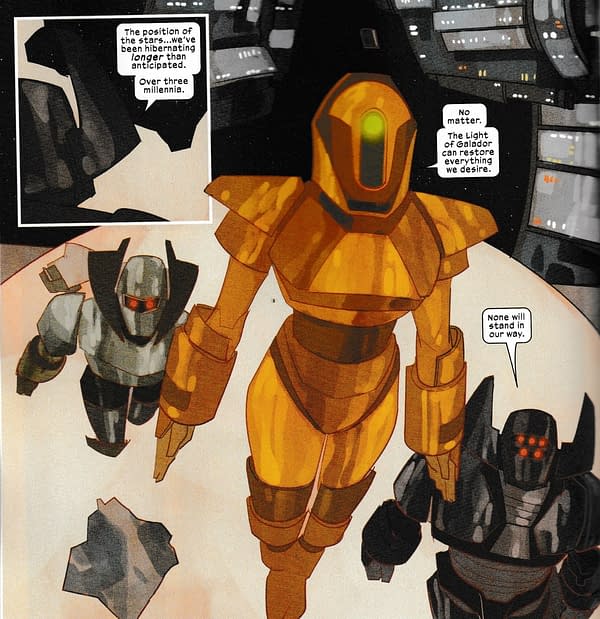 A fleet of space knights heading to Earth? Is this where it all begins?

V for Vendetta was a comic book by Alan Moore and David Lloyd, which began serialisation in 1982, in the UK anthology Warrior, alongside Moore's Marvelman

Refrigerator Full Of Headless in Thank FOC It's Saturday

Thank FOC It's Saturday -  Planned to coincide and cover the demands of Final Order Cut Off at Diamond Comic Distributors. And now Lunar Distribution as

We knew that Gunslinger Spawn #1 got 385,000 advance reorders from comic book retailers. Now we know how they were spread. . Greetings from the coal face

In last Wednesday's Substack subscriber missive, James Tynion IV talked about the creation of the character Punchline for the Batman books, and how it

This week sees the publication of Inferno #1 by Jonathan Hickman and Valerio Schiti. In which Mystique is looking to burn Krakoa to the ground after they

Setting a poppy field on fire and then sucking the smoke up into a tornado is one way to tackle the opioid epidemic in this preview if Icon & Rocket Season One #3.

Is Killer Croc's love child responsible for the attacks on Gotham's esteemed Criminals? Batman aims to find out in Batman Reptilian #4.

Darkhold Alpha #1 is in stores from Marvel Comics on Wednesday. Or is it?! And you can read a preview here. Or can you?! It's all a mystery.

Robin gets down and dirty with Ravager and Flatine in Robin #6 on Tuesday. In a match! We mean in a match!

Keepsake needs the key to control Poison Ivy in this preview of Harley Quinn #7, which means he needs to capture the titular Harley.