Here's an updated overview of the cast:

● Kravitz's Rob is a record store owner who obsesses about music, pop culture, and top five lists – while trying to get a sense of herself and her life… and the "family" she's surrounded herself with.

● Lacy's Clyde is effortlessly cute, if not the coolest guy in the room. A recent NY transplant from LA, he's still trying to figure out how to navigate the city. Despite his lack of interest in music, he reveals a funny and open side that intrigues Rob (Kravitz). But he might prove to be just like all the other guys… or so it seems.

● Randolph's Cherise is boisterous, likeable, funny with an infectious energy and thinks she knows everything. Cherise is passionate about music, and passionate about telling Simon (Holmes) and Rob (Kravitz) their musical taste sucks. Born and raised in Brooklyn, she's still searching for her purpose in life – and will surprise everyone when she declares her own musical aspirations.

● Holmes' Simon is sarcastic and cranky with an attractive quirkiness. Simon loves to judge others and has an eccentric yet extensive musical knowledge. Simon and Rob dated years ago, but eventually came out, which put an abrupt end to their relationship but not their friendship. Simon still happily works for Rob at the record store. He presents as condescending and aloof, all the while leading a lonely personal life while he searches for Mr. Right.

● Ben-Adir's Russell "Mac" McCormack is charming, worldly, intelligent — though not at all pretentious — and was Rob's most serious boyfriend. Everything seemed to be great, then one day he moved to London, and a year later Rob is still getting over it. But Mac may not be gone from her life for good.

In early April 2019, it was reported that the series would swap streaming services after the project began to take on a more mature tone than wouldn't fit with a Disney+ audience. The company decided that moving the project to Hulu would "protect the vision of the creators and allow them to tell the story the way they envisioned."

"Developing High Fidelity with Zoe, Veronica, Sarah and the team at Midnight Radio has been incredibly exciting and we want to ensure they are able to make the show they are envisioning as Disney+ is dedicated to supporting our creative partners. To that end, as the series' creative evolved, our Disney+ team, collectively with ABC Signature, recognized that the show would be better suited for another platform. Given Disney's equity stake in Hulu, we're happy High Fidelity will continue as part of our extended family." 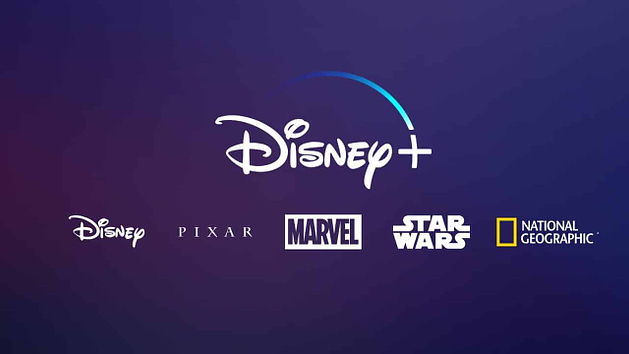 Directed by Stephen Frears, starring co-screenwriter John Cusack (Better Off Dead, One Crazy Summer) and based on Nick Hornby's 1995 novel, 2000's High Fidelity featured Cusack's Rob Gordon, a music store owner who can't seem to make his relationships last so he decides to seek out some of his old flames with the hope of getting some answers. The film also starred Jack Black, Kravitz's mother Lisa Bonet, Joelle Carter, Joan Cusack, Sara Gilbert, Iben Hjejle, Tim Robbins, Todd Louiso, and Lili Taylor. This time around, Kravitz plays the record store owner/ultimate music fan who's obsessed with pop culture and those Top 5 lists.

"Hulu is home to stories that tap into pop culture and redefine genres, so we jumped at the opportunity to bring a seminal work like High Fidelity into the fold as a Hulu Original. We are over the moon to work with Zoe, Veronica and Sarah to bring viewers this fresh take on an enduring story that has resonated with millions of people over the past two decades."

What We Do in the Shadows S04E07: Nandor & Laszlo Have a Jabroni-Off

In the following promo for FX's What We Do in the Shadows S04E07, Nandor and Laszlo go on a hunting trip to work on their differences.

Returning for Season 3 on August 31, here's a look at the preview images for DC's Stargirl S03E01 "Frenemies - Chapter One: The Murder."

Archer Season 13 Teaser: In Sterling's Defense? It WAS Saturday

With less than two weeks to go until the animated series returns, here's a look at the newest teaser for FXX's Archer Season 13.

Showtime's Yellowjackets Season 2 has someone to play the grown-up version of Vanessa Palmer, with Lauren Ambrose (Servant) joining the cast.

Will Kenny Omega Return for the AEW Trios Tournament Next Week?

The Young Bucks need a partner to compete in the Trios Tournament on AEW Dynamite next week... and it just so happens Kenny Omega is due back.