The latest Star Trek: Picard episode "Fly Me to the Moon" is a direct allusion to the classic Frank Sinatra song of the same name. The person of particular interest (as revealed in the previous episode) is played by Penelope Mitchell, who has a strong tie to Jean-Luc's (Patrick Stewart) past. Meanwhile, we meet up with another familiar face in Brent Spiner, playing another ancestor of Data in Dr. Adam Soong in the 21st century as he encounters a visitor. Consider this your official minor spoilers warning moving forward…

Jean-Luc's path to the Watcher is revealed not to be Laris, his companion in the 24th century, but Tallinn (also played by Orla Brady sans her Romulan make-up). The funny thing with the second season is that outside of Annie Wersching's Borg Queen, you get an ironic theme of the cast members being "de-alienized" to fit the season. You see this in Brady and Jeri Ryan's Seven, who also sees her Borg implants removed within this alternative timeline. At the risk of major spoilers, there's a bit of tragic irony from a series that thrived so much on its actors playing galactically diverse characters to see the rug pulled out from under us.

At the same time, I can understand such a decision from the showrunners for the purpose of giving certain cast members that have been otherwise neglected in the larger part of the narrative as different original characters. Written by Cindy Appel and directed by franchise vet Jonathan Frakes, "Fly Me to the Moon" works as we see the ensemble begin coming together to keep the core storyline moving forward. We also see the next stage of the Agnes (Alison Pill)-Borg Queen arc and I'll admit that while the pool to compare her by isn't too deep, Wersching has emerged as my favorite incarnation. We take for granted how charismatic and charming she can be when she has an entire army behind her but underestimate her conniving ways when in a more vulnerable, one-on-one situation.

The other major arc centered on Adam and the struggles of a genius scientist trying to secure funding for research that will save a loved one (including a cameo from season director Lea Thompson). As alluded to in the previous episode, we also see Q (John de Lancie) enter the next phase of his meddling on two fronts, which evokes the classic Star Trek: The Next Generation fourth season episode "Qpid" in so many ways. With this week's episode, Paramount+'s Star Trek: Picard is keeping the momentum strong and it's paying off.

Star Trek: Picard Season 2 Episode 5: “Fly Me to the Moon” 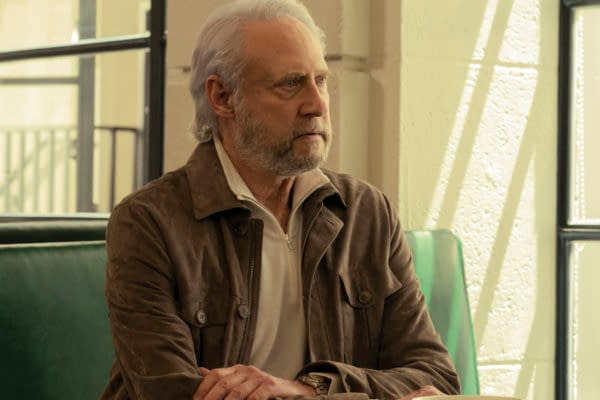