Dark Horse Comics will be set up at Booth 2615 at San Diego Comic-Con. How plush will the booth carpet be? Will Mike Richardson tower over all the proceedings? What secret meetings will be held within their special booth office? We know none of these things – but what we do know is what Dark Horse's SDCC exclusives will be… Stranger Things, Hellboy, Game Of Thrones, Umbrella Academy, MST3K, American Gods, Frank Miller and beyond… and you can keep an eye on other SDCC exclusives with this handy tag… 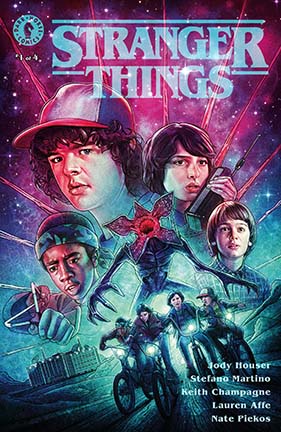 The nostalgia-igniting hit Netflix original series comes to comic shelves. Follow Will Byers into a dimension of decay and destruction where he must use his wits and resolve to dodge the pursuit of the Demogorgon and escape the Upside Down. Variant cover gorgeously illustrated by Kyle Lambert, featuring Glow-in-the-Dark detailing!

* Based on Will's unseen journey during season 1 of hit Netflix show Stranger Things. 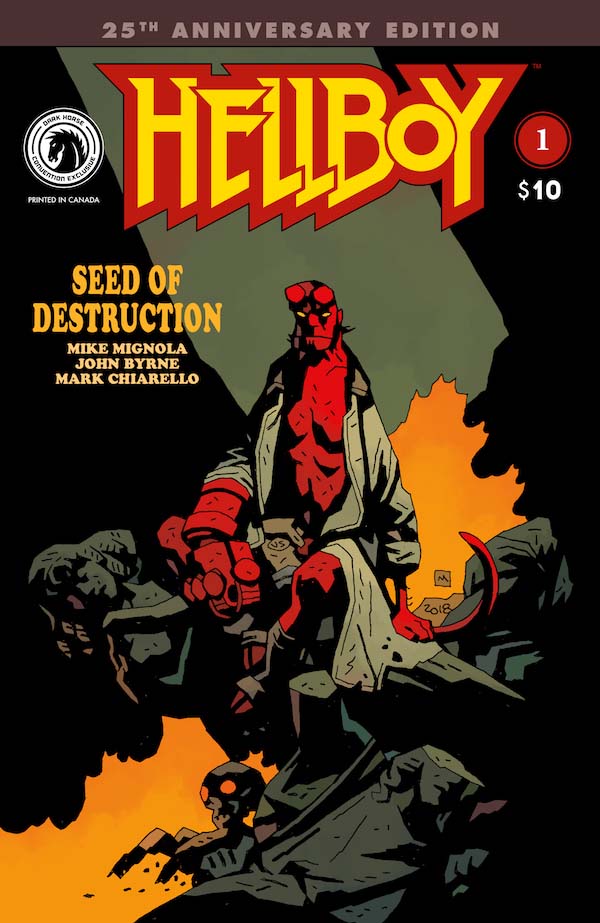 This special 25th anniversary edition of the first issue of Hellboy depicts his arrival on earth in the midst of WWII to the return of his adoptive father from a failed Arctic expedition, and Hellboy's first encounter with Mignola's infamous frog monsters. Features a new cover by Mignola with Dave Stewart. 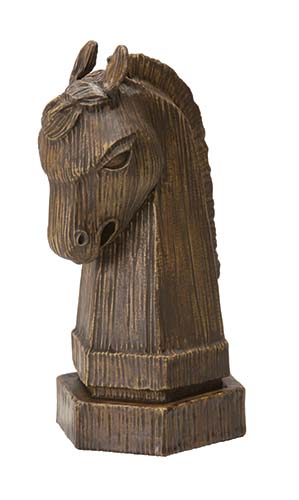 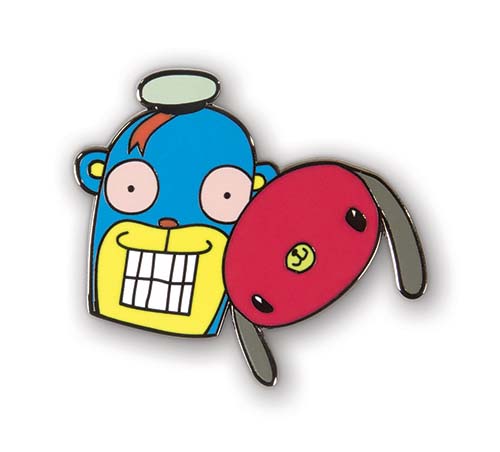 This 1.25" enamel pin featuring the heads of Hazel and Cha Cha, the ultra-violent villains of The Umbrella Academy world, is a must have exclusive for UA fans!

Xerxes: The Fall of the House of Darius and the Rise of Alexander #1 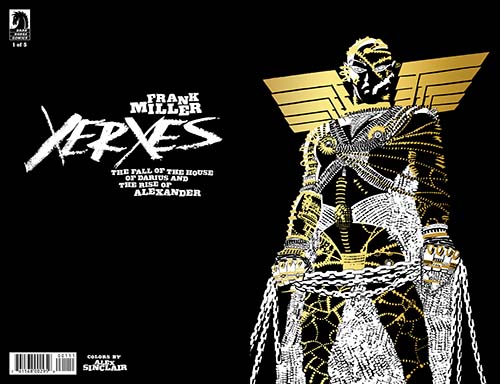 The Persian Empire is vast beyond imagining. It seems destined to last a thousand years . . . But a whirlwind comes from the west: the greatest warlord the world will ever know. Alexander! 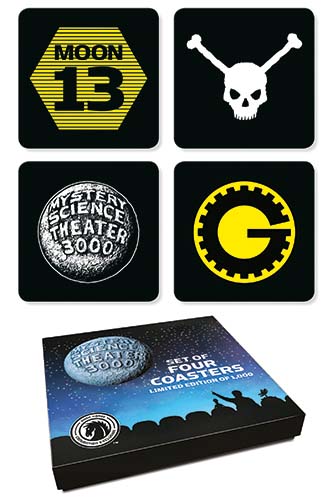 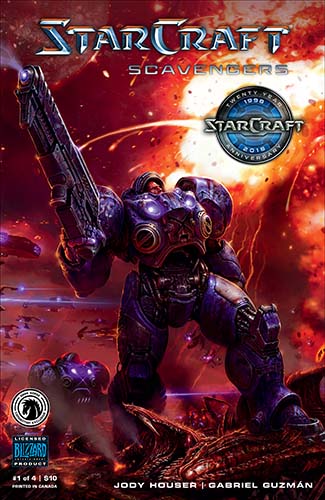 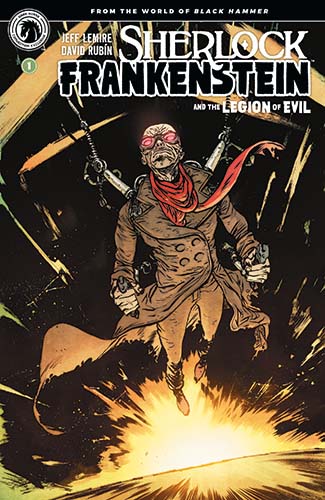 Lucy Weber, daughter of the Black Hammer, grew up to become an investigative reporter for the Global Planet. Now she's on the hunt for the true story about what happened to Spiral City's superheroes after they defeated Anti-God and saved the world. All answers seem to lie with the dangerous super villain tenants of Spiral City's infamous asylum. As she gets closer to the truth she uncovers the dark origin stories of some of her father's greatest foes, and learns how they tie into the puzzle of what happened to Spiral City's greatest hero. 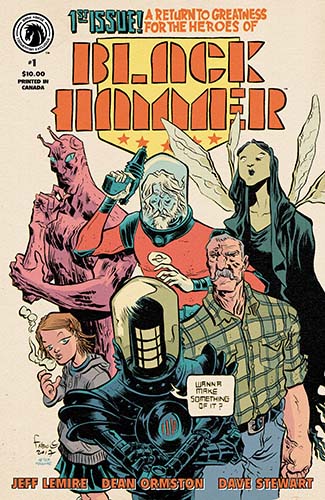 A new story from the prodigious brain of Jeff Lemire (Descender), amazingly realized by Dean Ormston (The Sandman) and Dave Stewart (Hellboy)!
Once they were heroes, but that age has long since passed. Banished from existence by a multiversal crisis, the old champions of Spiral City—Abraham Slam, Golden Gail, Colonel Weird, Madame Dragonfly, and Barbalien—now lead simple lives in a timeless farming town. Even as they try to find their way home, trouble has a unique way of finding heroes wherever they are! 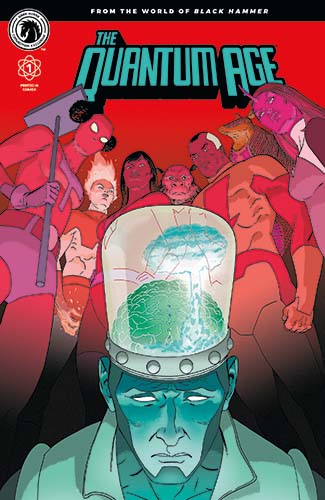 Set in the world of the Eisner Award-winning Black Hammer series–but a thousand years in the future–a collection of superheroes, inspired by the legendary heroes of Black Hammer Farm, must band together to save the planet from an authoritarian regime. A young Martian must find a way to reform The Quantum League to save the world while solving the riddle of what happened to the great heroes of the twentieth century.
Black Hammer creator Jeff Lemire (The Terrifics) is joined by Wilfredo Torres (Legion) in illustrating while Dave Stewart (Hellboy) adds his colorist skills to the mix. 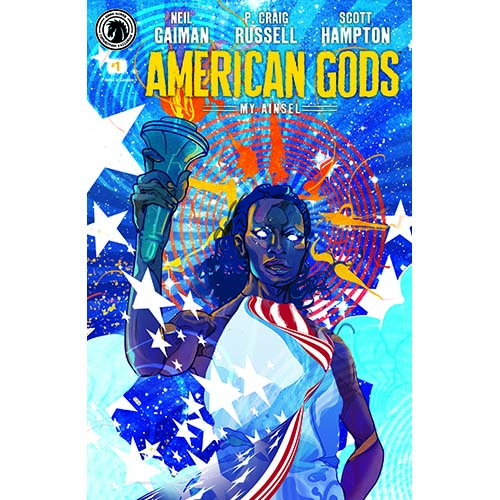 Neil Gaiman! P. Craig Russell!
The bizarre road trip across America continues as our heroes gather reinforcements for the imminent god war!
Shadow and Wednesday leave the House on the Rock and continue their journey across the country where they set up aliases, meet new gods, and prepare for war.
The Hugo, Bram Stoker, Locus, World Fantasy, and Nebula Award-winning novel and hit Starz television series by Neil Gaiman is adapted as a graphic novel! 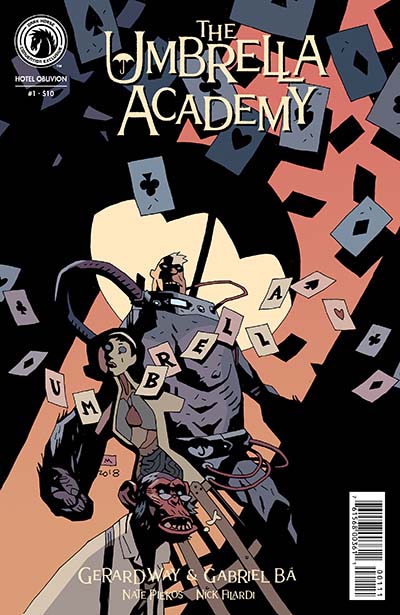 Faced with an increasing number of lunatics with superpowers eager to face off with his own wunderkind brood, Sir Reginald Hargreeves developed the ultimate solution.

Now, just a few years after Hargreeves's death, his Umbrella Academy is scattered. Number Five is a hired gun, Kraken is stalking big game, Rumor is dealing with the wreckage of her marriage, a rotund Spaceboy runs around the streets of Tokyo, Vanya continues her physical therapy after being shot in the head–and no one wants to even mention Seance until issue #2.

With a Netflix series soon to debut, the award-winning and best-selling superhero series returns, stranger than ever.

And their past is coming back to hunt them. 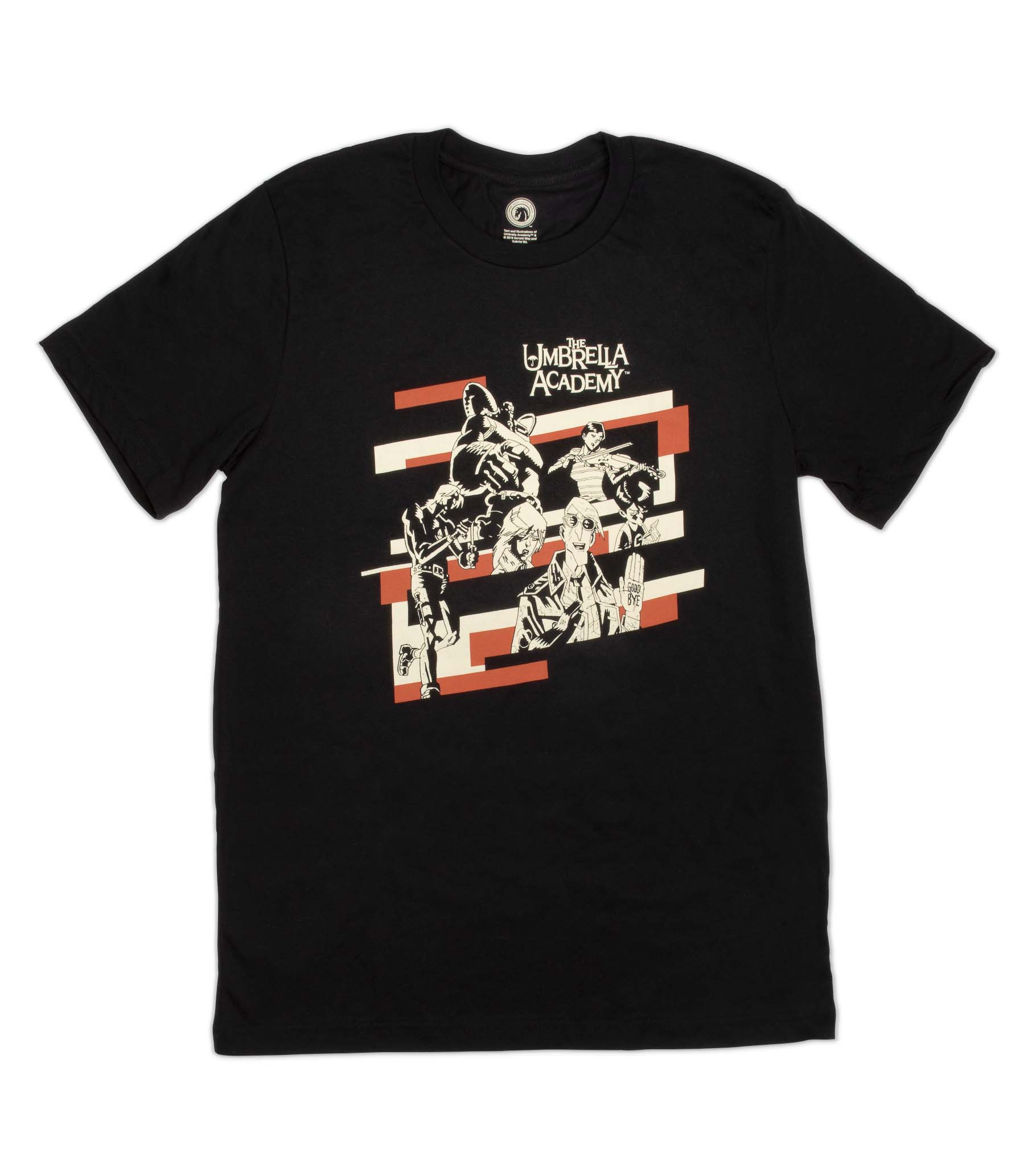 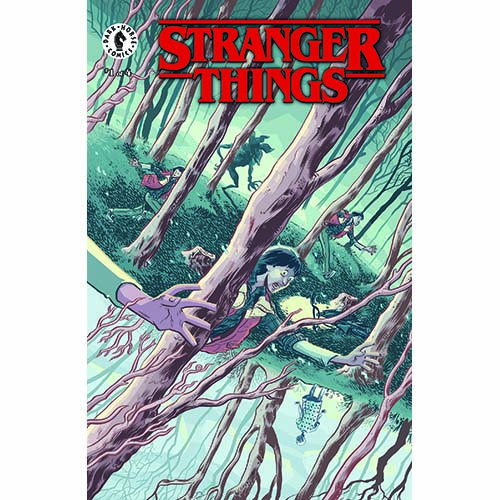 The nostalgia-igniting hit Netflix original series comes to comic shelves. Follow Will Byers into a dimension of decay and destruction where he must use his wits and resolve to dodge the pursuit of the Demogorgon and escape the Upside Down. Variant cover beautifully illustrated by Fabio Moon.

* Based on Will's unseen journey during season 1 of hit Netflix show Stranger Things. 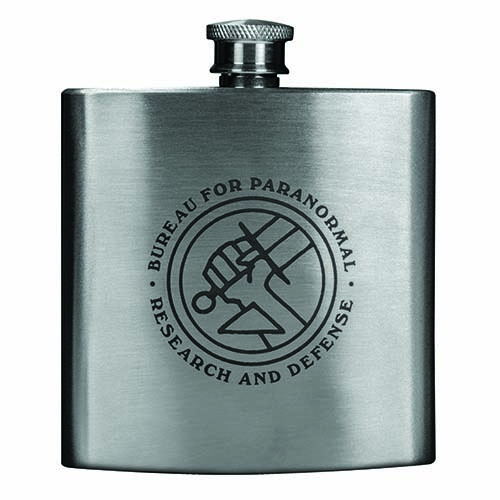 6 oz. brushed finish flask with the B.P.R.D. logo printed on the front. Hand numbered label on each box. 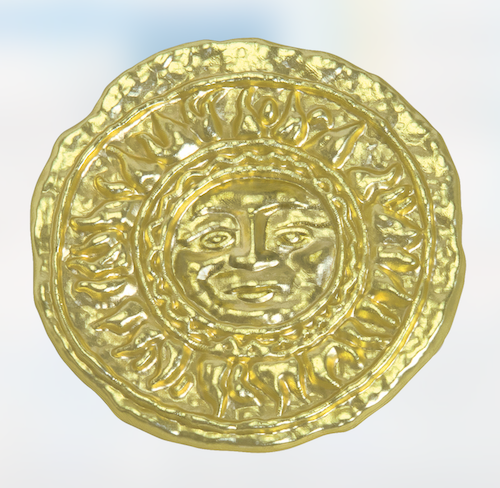 Replica of Mad Sweeney's coin with sun, moon, and stars emblems. Now you, too, can have the power to animate the dead! 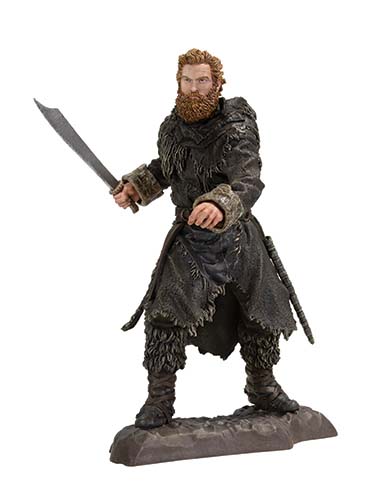 Tormund Giantsbane has captured the hearts of Game of Thrones fans everywhere, as everyone's favorite fire-haired leader and raider of the Free Folk. Dark Horse Direct is proud to offer this exclusive figure as part of its initial lineup of product offerings. Only a limited quantity available at Conventions!

Tormund stands approximately 8" in height and is based on the likeness of the devilishly handsome actor, Kristofer Hivju. The paint application is of the highest standards, reproducing the nuances of the character's likeness and costume. Presented in a deluxe window box style packaging. 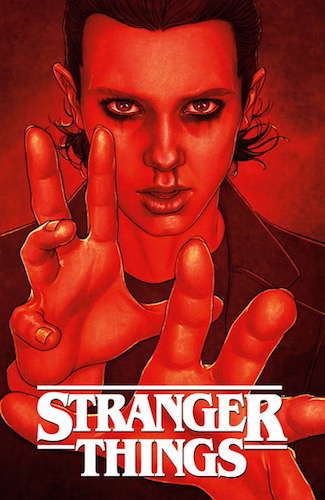 Jenny Frison (Wonder Woman, Revival) has created an exclusive variant cover for the new Stranger Things: SIX #1 for Dark Horse Direct. This limited-edition comic is signed by Jenny and will include a FREE Giclée Fine Art Print of her striking depiction of a punk Eleven. Available at San Diego Comic Con in limited quantities while supplies last!