This weekend saw the opening of the J Scott Campbell exhibition in the Metropolis Gallery, where people can enter, see his original artwork framed and, if they are feeling particularly flush, buy work straight from the frames.

The priciest piece is Campbell's pentatych cover piece for Batman #50, consisting of 5 covers in one, measuring 51" x 17" and featuring Batman, Catwoman, Black Canary, Huntress, Batwoman, Batgirl, Poison Ivy, Penguin, Harley Quinn and the Joker. All for a measily $55,000 which if you divided by five, works at a much more reasonable-sounding $11,000 each.

After all, this Mary Jane and the Fantastic Four cover goes for $16,000 by itself.

And while original interior artwork from J Scott Campbell is a lot harder to come by these days. he did have a recent stint on Spawn, and some of those pages are even cheaper.

But if you really want a bargain, he's also exhibiting and selling his preliminary sketches, his workings out ahead of doing covers. So a Rogue and Gambit set of sketches is just $400.

Or for a Back To The Future preliminary sketch, a mere $350.

A J Scott Campbel original to suit every pocket. As long as your pocket has anywhere between $55,000 and $350 in it. The gallery runs until the end of January and contains 120 pieces of Campbell's work. Go check it out… and if you are not local, you can see a limited selection of pages online, and even buy them, right here. 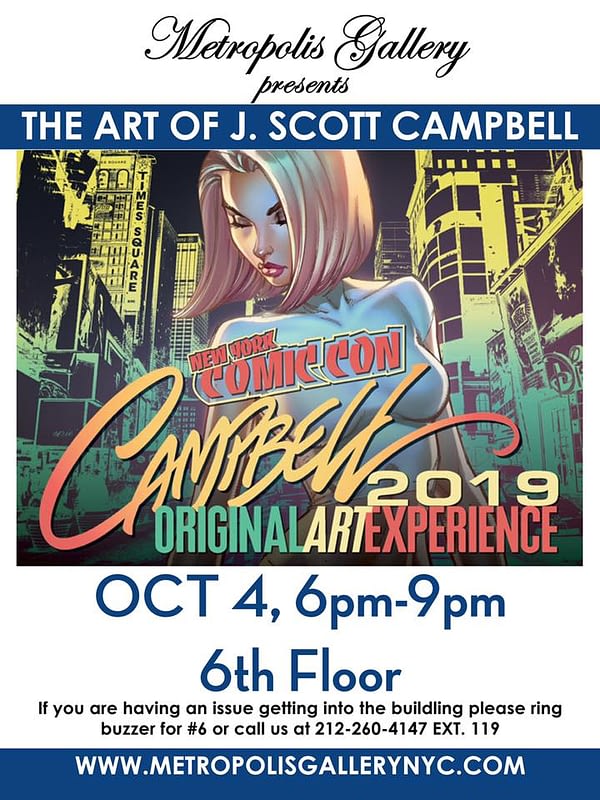