Charlie Adlard has been working on Vampire State Building, his new series of French graphic novels with writers Ange and Patrick Renault, for some time alongside his work on The Walking Dead. He was happily talking about it a couple of years ago, stating that Image Comics would probably publish it in English. But for some reason it seems they did not.

We discovered this in April when I came across a copy published in French while I was in… well, France. As a result of this, I was notified that Vampire State Building was a) already published in English digitally and b) would be published in print in English with new UK publisher Ablaze

UPDATE: Sorry, wrong Ablaze, though they seem similar in scope, this Ablaze is American, was co-founded by Rich Young, recently of Dynamite Entertainment, and based in Portland. Yes, another one.

We have the solicits below as well as all the English language preview pages we could muster together – and it's worth noting that there will also be a 1:5 glow-in-the-dark cover made available…

VAMPIRE STATE BUILDING #1 CVR A ADLARD
(W) Ange, Patrick Renault (A/CA) Charlie Adlard
The newest horror series from the artist of The Walking Dead, Charlie Adlard! Just in time for Halloween, get ready to be bitten from the first full color page. Terry Fisher is a young soldier on the verge of being sent away for active military duty, and is going to meet his friends at the top of the Empire State Building for a farewell party. But suddenly a legion of vampires attacks the skyscraper and massacres its occupants. Hounded in the 102 floors that have become a deadly trap, Terry must take decisive action to save himself and his friends – and the city of New York – before the army of abominations, and the terrible vampire god within, walled in the building since its construction, spill into the city!In Shops: Sep 18, 2019
SRP: $3.99 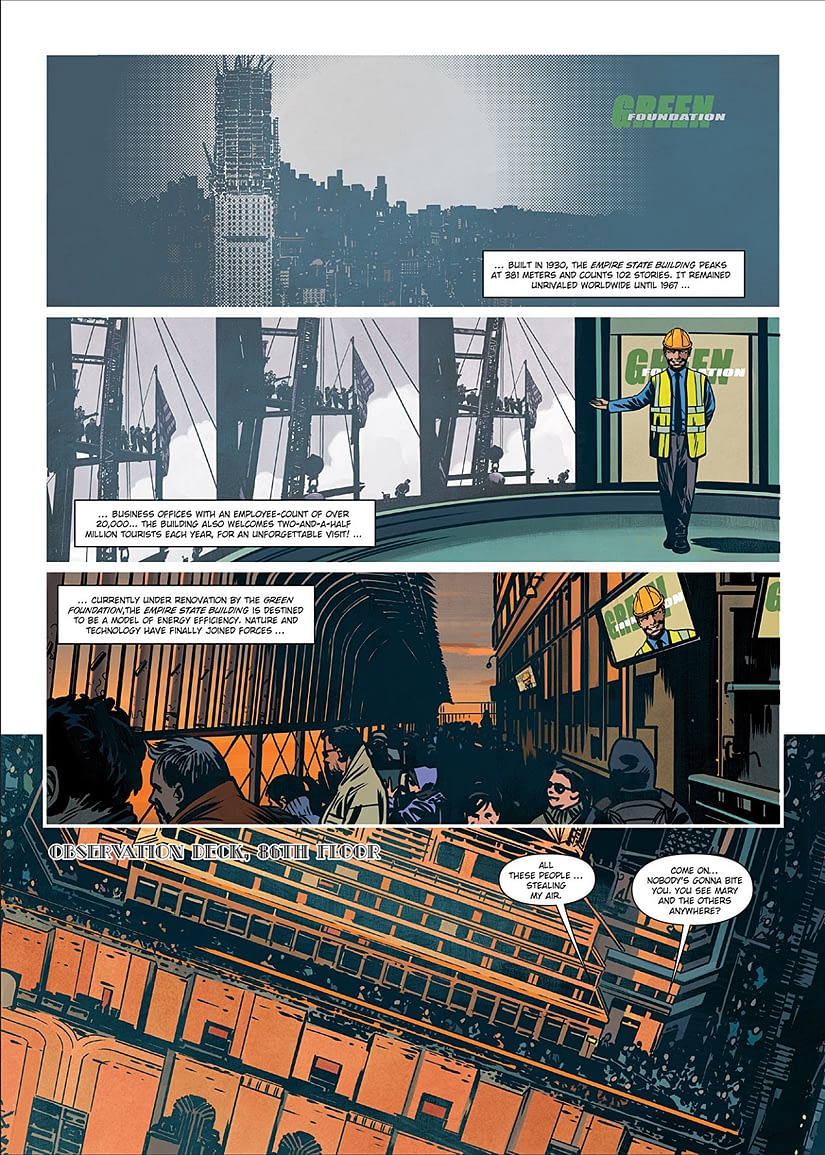 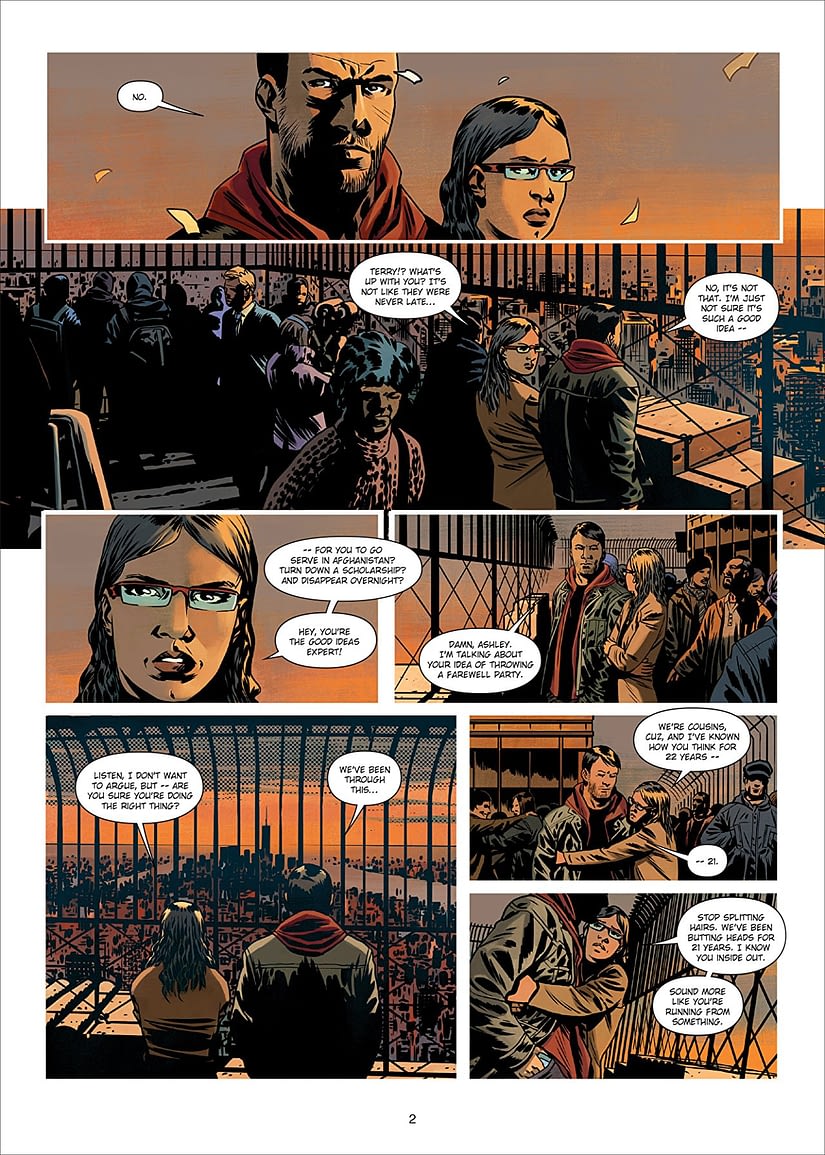 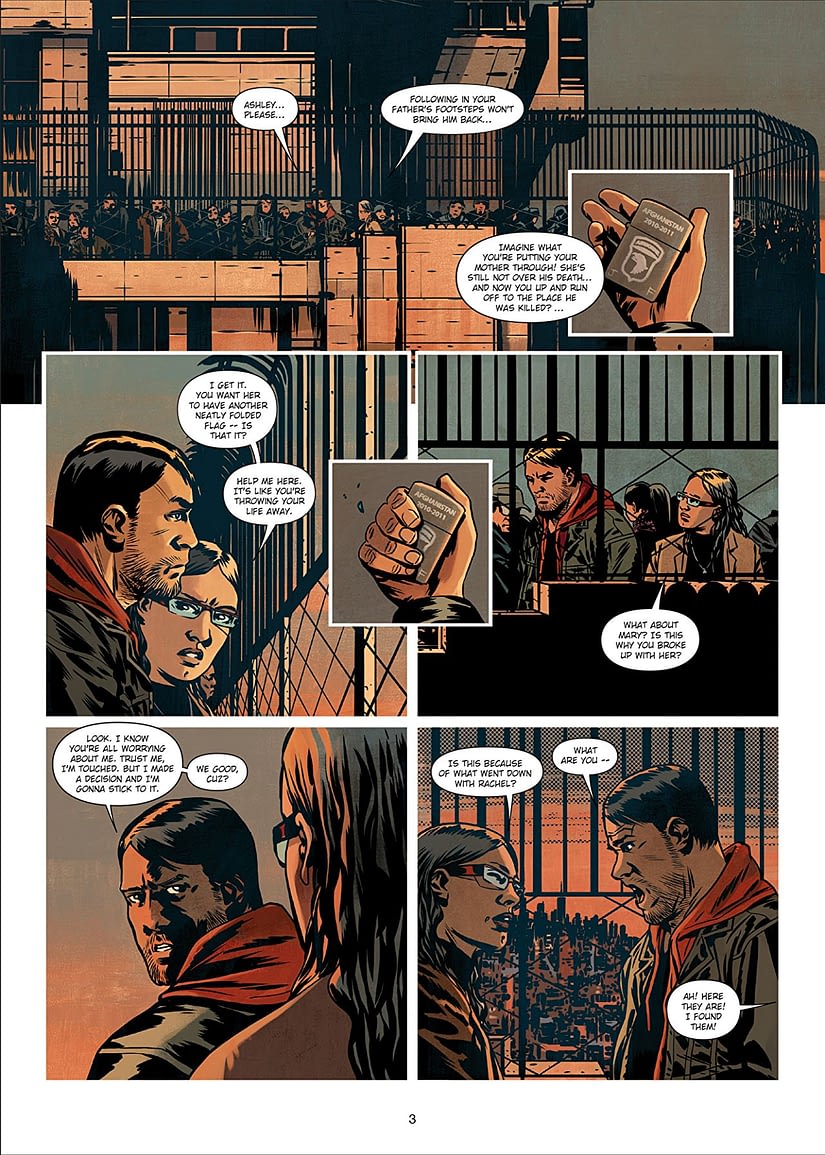 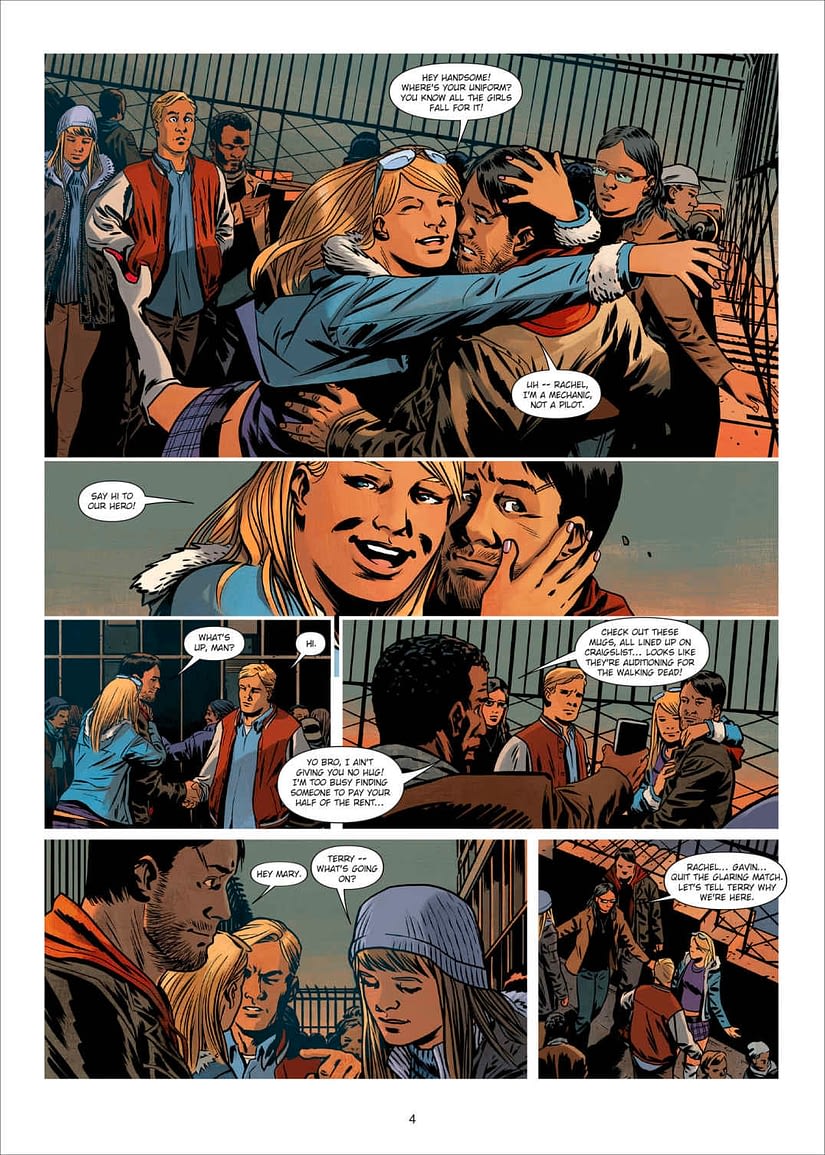 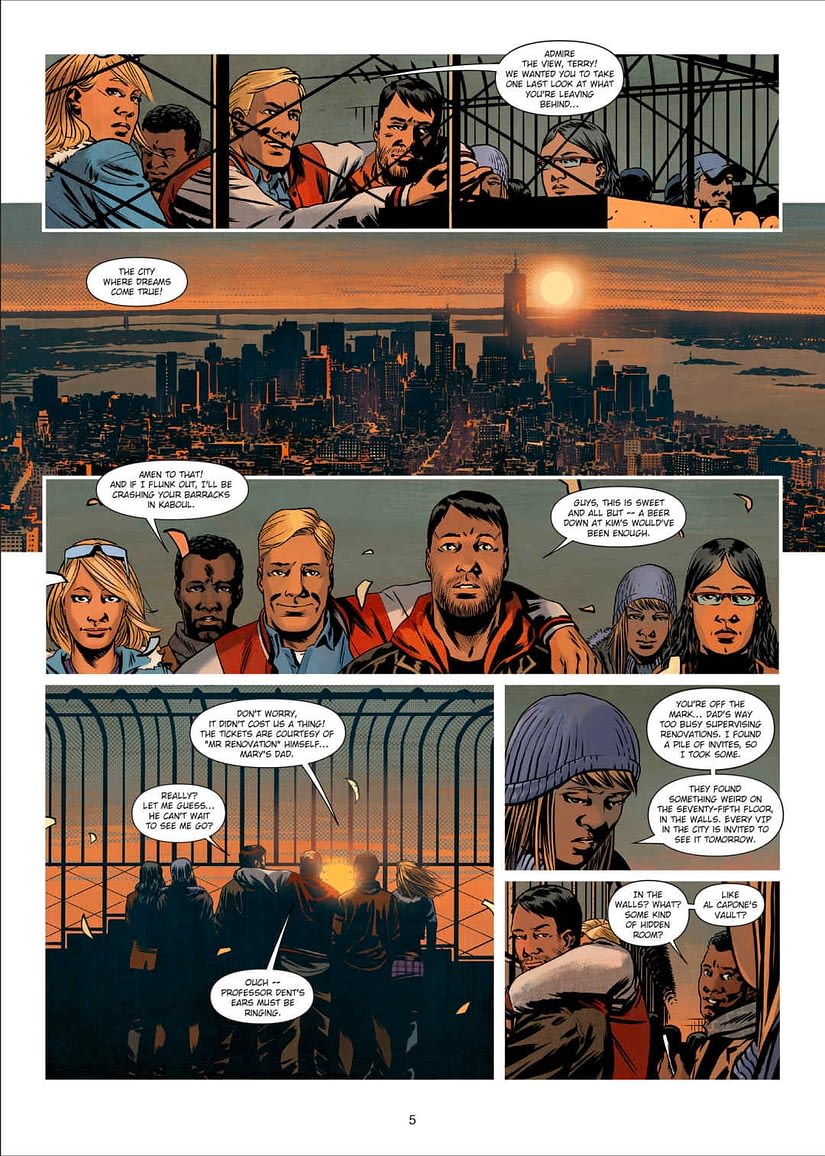