Over two years in the making and now complete, Little Nemo: Dream Another Dream is the brainchild of Locust Moon's Andrew Carl (Editor-in-Chief), Josh O'Neill (Publisher), and Chris Stevens (Creative Director). The anthology will "be printed at the full 16"x21" broadsheet size of the original Little Nemo newspaper strips" and is set for a limited fall 2014 release and a national spring 2015 release. The Kickstarter campaign's aim is to raise funds to cover printing costs for what Mike Allred has called the "book of the decade" and J.G. Jones "the most stunningly ambitious comic project I've ever seen."

Below are three wonderful pages from Dream Another Dream by Jeremy Bastian, Roger Langridge and Peter Bagge. Support the Kickstarter campaign here and be back later this week for an exclusive interview with Josh and Chris about this extraordinary piece of comic art. 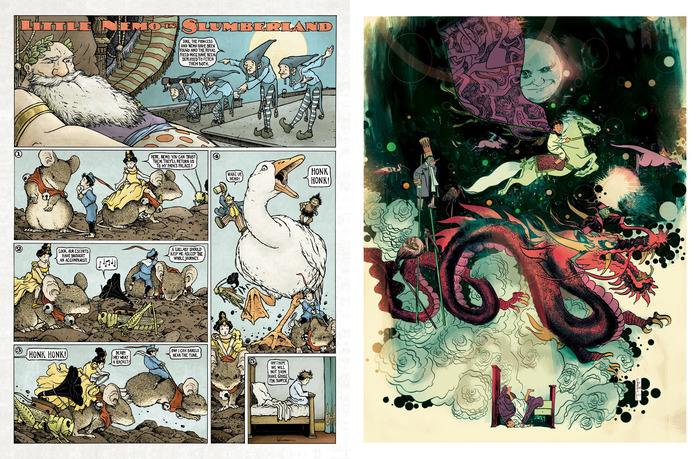