A few months, Bleeding Cool noted that an old friend, Joseph Elliott-Coleman was getting some rather major comics-related work, contributing a prose story to the new Judges Vol 2 anthology, set in the 2000AD world of Judge Dredd and published by Rebellion. I'd been talking with Joseph about his creative writing plans for some time, and I couldn't be happier. 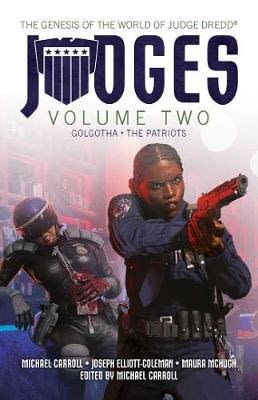 It is to be published on May 20th 2020, and there are a fair few other people contributing to the book. But it also looks like the individual sections are being split up. So that you can now buy Judges: The Patriots by Joseph Elliott-Coleman, digitally solo, for cheapness and telling the genesis of the world of the Judges.

There's a new threat on the streets of America. Driven by radical dogma and fired by their hatred of the Judges, they're somehow able to turn ordinary citizens into enraged killers. And they have the gall to call themselves 'The Patriots.'
Judges Charlotte Clarkson and Niamh Douglas are assigned to the case: track the radicals to their source and uproot them…

Look at that, Joseph, your name is up in lights… 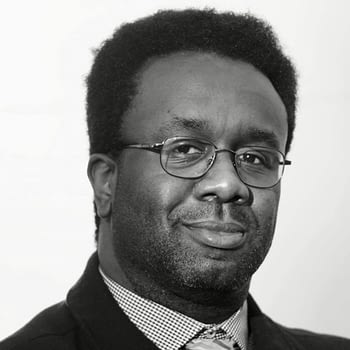 And he also has taken that opportunity to write for Bleeding Cool on a word often associated with Judge Dredd, for good reason, fascism.

It's just a word.

One that's no more offensive than the words bread, sugar and or tea.

However, the meaning and connotations that sit behind that word like dog leaving in their proud ugliness, these are things that lead people to abandon their ethics and morality and embrace totalitarianism.

We use the word so casually, normally thrown about and used as a nail to hammer arguments down but rarely do we ask ourselves what fascism really means. It's become a buzzword rather than a warning with few a ready to listen to the first hand experiences who've lived or survived under such regimes. Its meaning has become dull, its alarm bell muffled.

As of writing this in the first month of 2020, the second decade of the twenty first century there exist only five countries where the cancer of fascism had taken hold and has fatally infected an county: Japan, Brazil, Germany, Austria and Italy. Six if one is cognisant of the openly far right leanings of the Trump administration. And again, it is the survivors of those regimes who will tell that Fascism never arrives heralded by thunder and lightning but rather that is creeps in like a disease that offers peace, prosperity and security and the expense of personal freedom of expression, privacy, transparency of government and justice.

To live under a Fascist regime is to live always in fear without the possibility of hope.

And Fascisms most terrifying aspect that it is mostly always voted for in its most acceptable form, packaged and presented to you like the latest IPhone. You just to have it because it will fill that hole you have in your life.

They don't mention the othering of those undesirables or the victimisation of minorities and the poor for the frequent disempowerment of women because who wants and IPhone thats covered in shite?

And thus, you wake up one day and realise that you live in 1984 land, the police have the powers of judge jury and executioner and you can't complain because…well….you voted for it.

Oh yeah, those silly little things you used to take for granted? You know: democracy, the vote? Well they're gone.

Oh don't complain! You weren't making use of them anyway! Your safe and secure and we're watching out for you.

Translation: Shut up. Behave yourself. We're watching you. We know what best for you.

Now given the awfulness of that reality, the sheer terror of existing in that condition, would those who take up arms in the name of freedom and democracy be justified in their actions?

Would the horror they'd unleash be justifiable?

In the service of freedom are any and all means justifiable if they achieve they're end?

Is the price of freedom ever too high?