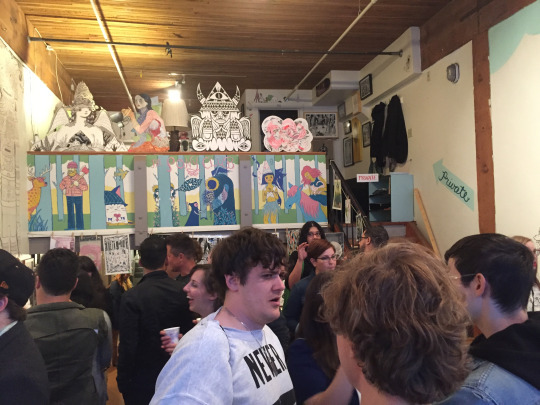 I've been to my fair share of great indie and art comics shows, all of which have made an impression on me. They've shaped the way I view comics and illustration on the whole, and also consistently opened my eyes to potential new directions and methods. I was lucky to make Small Press Expo last autumn, but missed Comic Arts Brooklyn (CAB), sadly. Hearing that Linework NW was coming up restored some of my sense of missing out on that culture.

Linework NW opened with two pre-parties on the Friday night before the show, one at Pony Club Gallery (pictured above), where the work of many art comics creators and illustrators is on display and for sale, and the other at Floating World Comics nearby (pictured below). I got a sense from the number of people at these events that Linework NW was going to be bigger than I had expected. In conjunction with Linework NW there was also the Frankenstein Comic Book Swap in the same venue, and I have to say that I consistently saw graphic novels and comics I don't normally see on display in comic shops, offering a wide range of interesting reading. 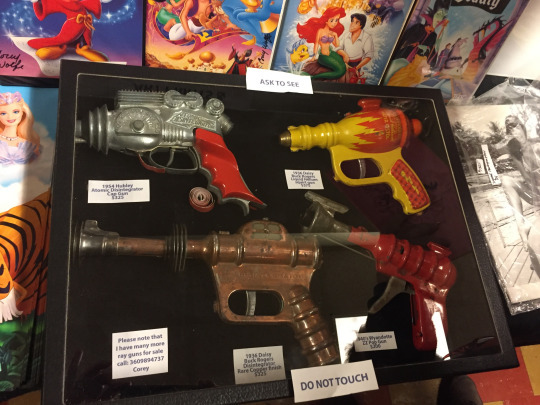 And then there were the Ray Guns. The main floor of Norse Hall, where the event was held, was pretty massive and festive, packed with exhibitors, and rotating so that on the first day of the show different tablers would appear than on the second. Swag shot: 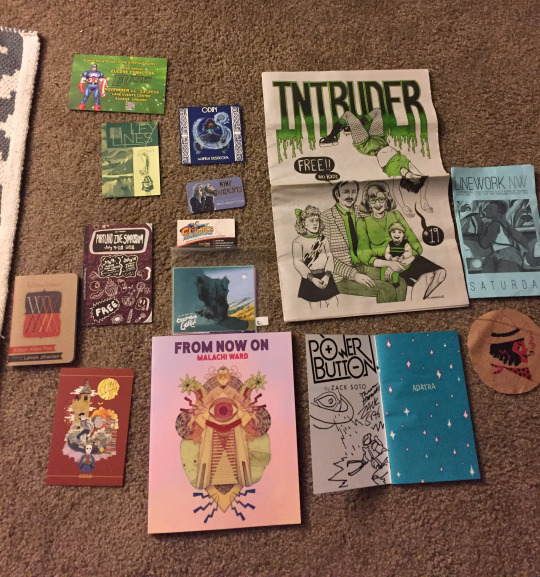 And here are some shots from the floor itself: 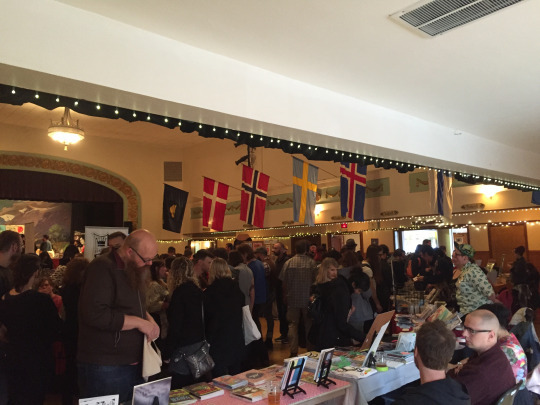 It's not that surprising that a comic show in Portland was enthusiastically supported and full of interesting and boundary-pushing work, but it was my first encounter seeing so much of this particular community gathered in one place. So far, it's been a great event, with one more day to go. This is definitely the kind of event that Portland needs, and many other cities no doubt, to keep the art in comics and support the people who make them.