Kaare Andrews is launching his own series from Artists, Writers & Artisans in December, as well as Cullen Bunn and Nelson Blake III launching their comic book Byte-Sized. Bill Jemas also published a print version of his COVID Tales digital anthology. Details on these books, and everything else from AWA in their December 2020 solicitations, below.

You're fifteen years old. You're suddenly granted incredible powers. Cool, right? There's only one problem: you can only use your powers for ten minutes at a time. What do you do when you have to save the world but you only have ten minutes to do it? This is the problem faced by Oliver Leif, a teenager who has just moved to a new town, and a new school, and is having a hard enough time navigating classes and his crush before the inter-dimensional monsters started showing up.
In Shops: Dec 02, 2020 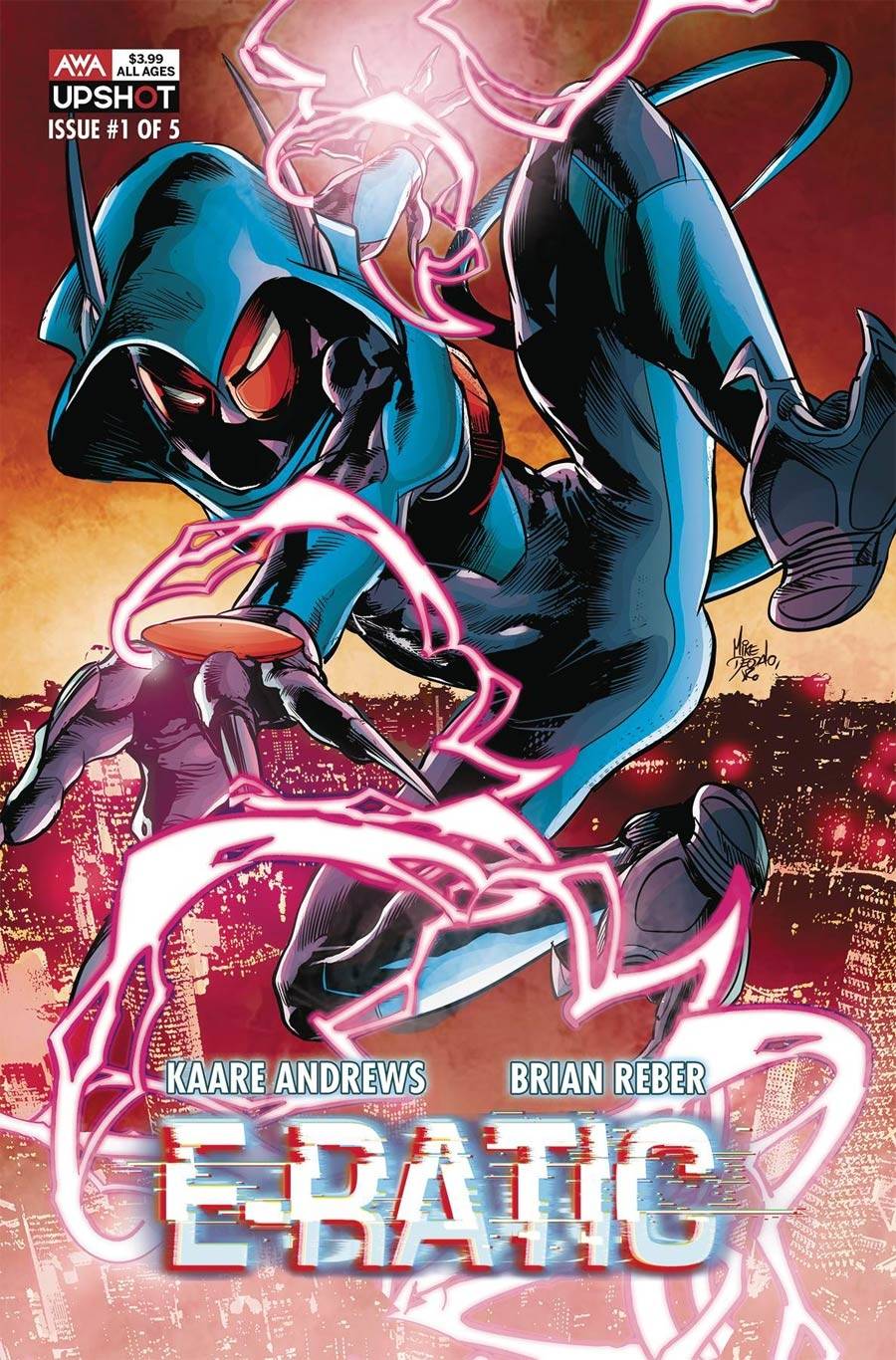 When two young siblings excitedly unwrap their final Christmas presents, they discover toy robots unlike anything they have ever seen. And with good reason. What the kids and their parents don't know is that their quaint suburban home just became the beachhead for these self-aware 'bots that have begun to explore the outside world. And when one of the 'bots breaks bad, it's going to take a Christmas miracle to stop him.
In Shops: Dec 09, 2020 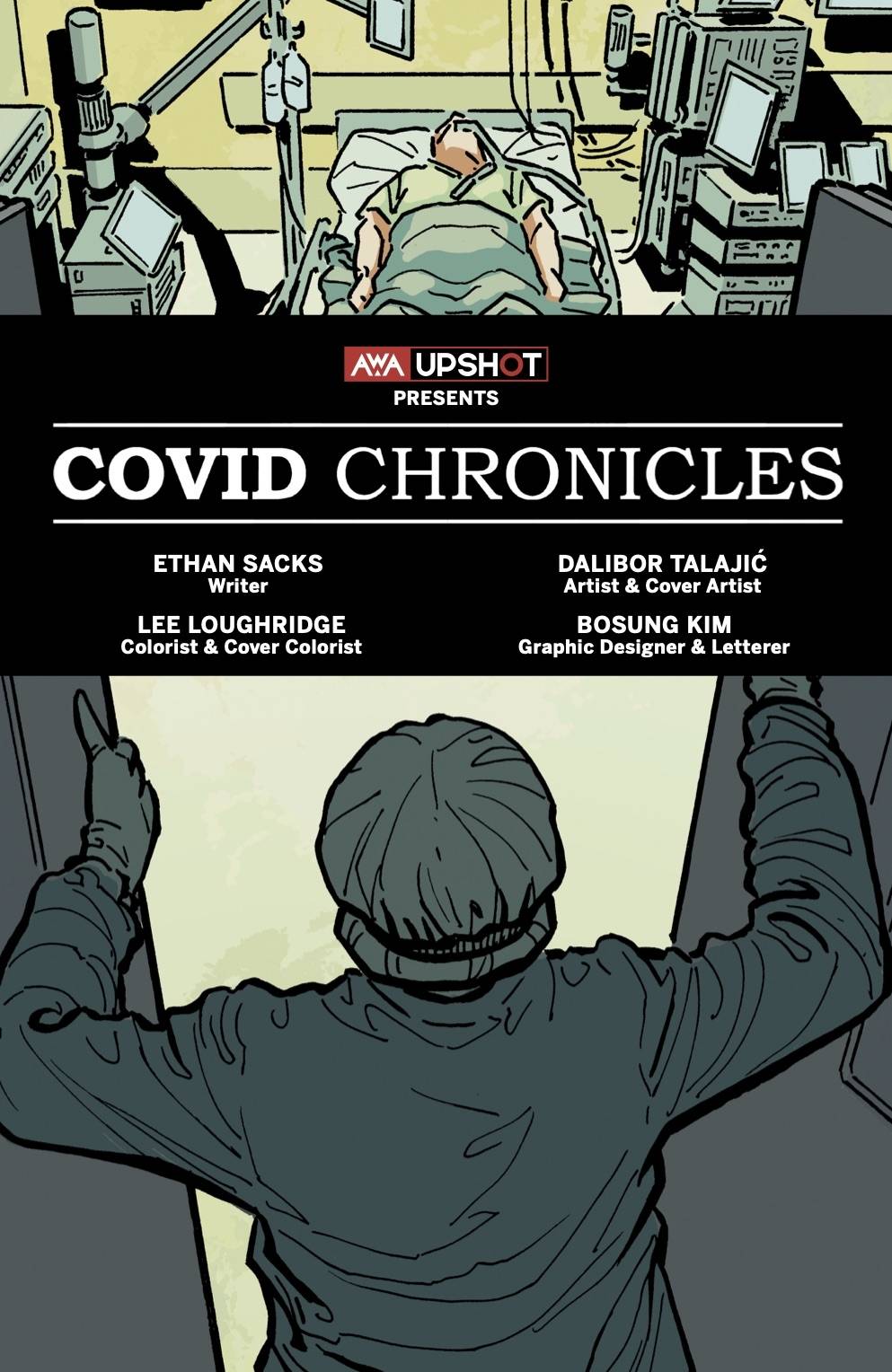 An illustrated feature chronicling ten personal accounts of life and death from the frontlines of COVID-19. These true stories from journalist Ethan Sacks (Old Man Hawkeye) are brought to vivid life by Dalibor Talajic (Deadpool Kills the Marvel Universe, Hotell). Originally distributed online by NBC News, these tales of hope amidst devastation are now available in print for the first time, fully colored, with behind-the scenes features. From a man stuck in Wuhan during the initial days of the outbreak to an ICU nurse in the thick of one of the busiest hospitals in the country to an Italian opera singer who goes viral while trying to bring hope to his devastated neighborhood, this series takes you where news cameras couldn't go.
In Shops: Dec 02, 2020 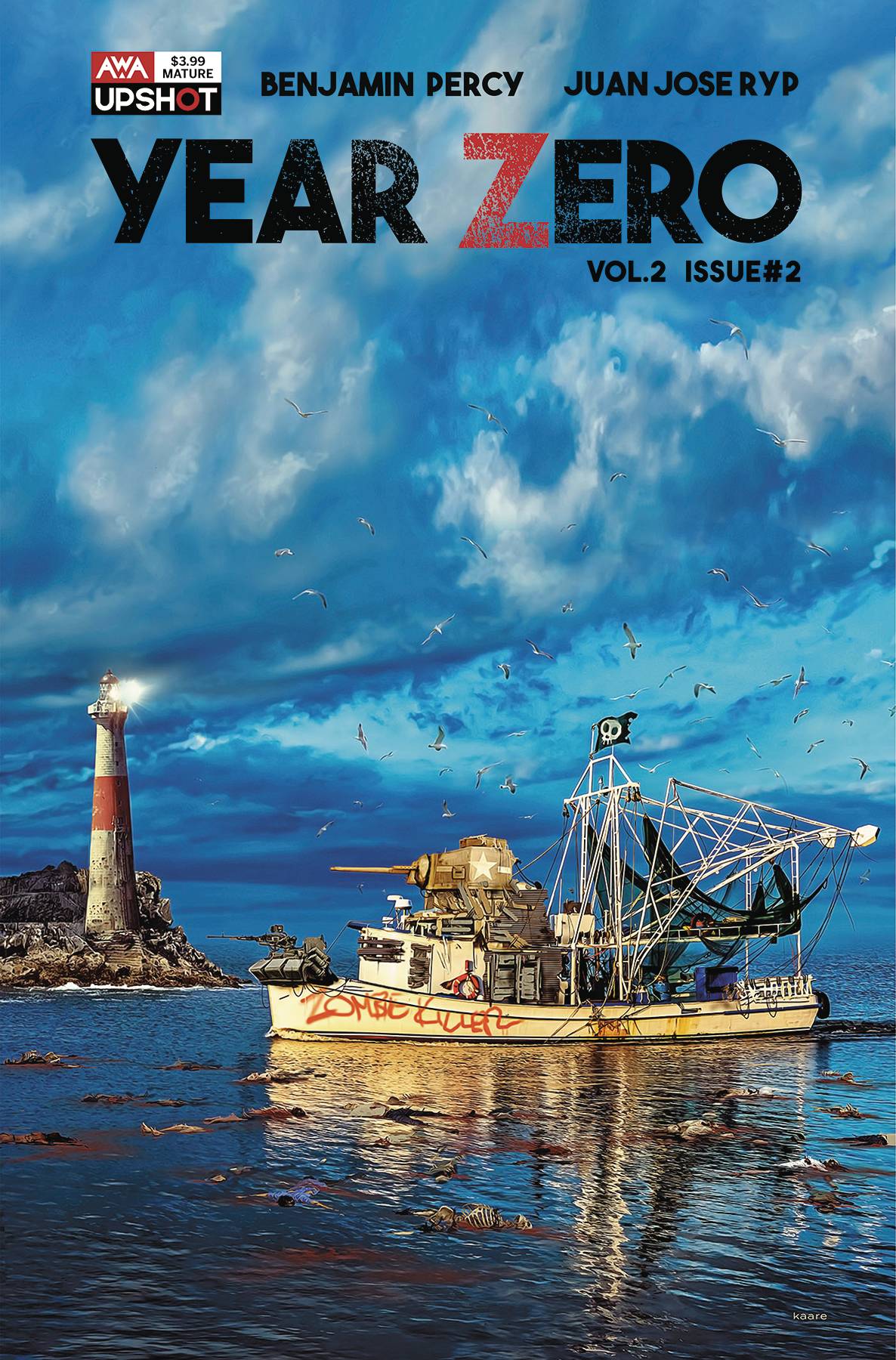 Upshot's hit series Year Zero returns with four new harrowing tales of survival from around a post apocalyptic world, set several months after the events on Volume One: A grizzled Norwegian sea captain and her two young grandchildren navigate an ocean teeming with undead while eludingthe relentless pirates on their trail. A Colombian cartel boss indulges all of his most sadistic whims unaware that a threat far greater than zombies is headed toward his jungle fortress. A Rwandan doctor must overcome the crippling fear that has plagued him all his life as he stumbles through the African bush. And a pregnant woman barricaded in an American big box store discovers that the greatest threat to her life – and her unborn child's – might not be undead. Benjamin Percy (Wolverine, X-Force) once again pens this global look at the zombie apocalypse, now joined by artist Juan Jose Ryp (Britannia) and colorist Frank Martin (Infinity Wars).
In Shops: Dec 09, 2020 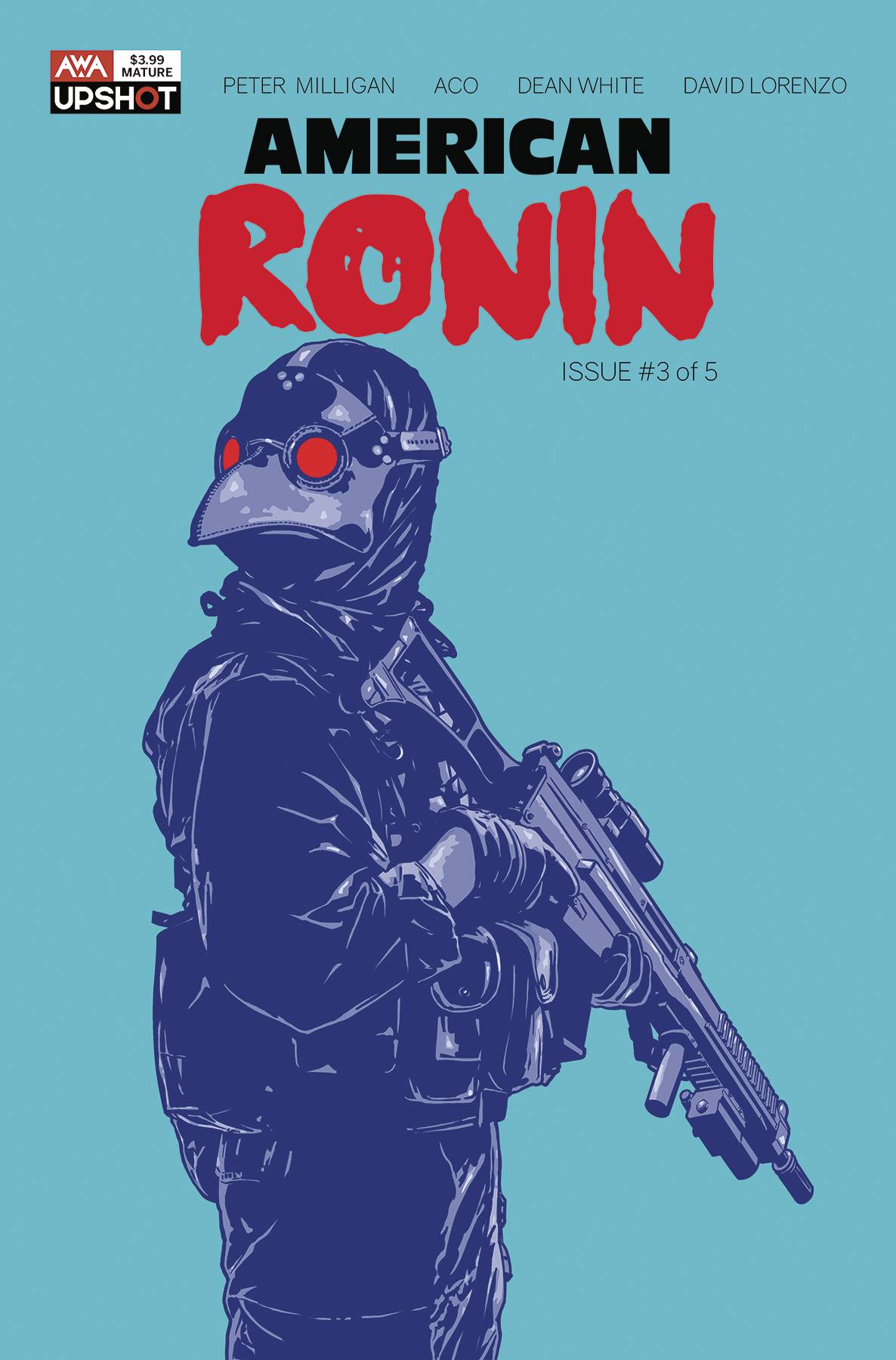 War is over, democracy an illusion, real power now lies not with nation states but huge corporations engaged in a silent war for global domination. Their number one weapon: highly-skilled, technologically-enhanced operatives trained since childhood to pledge their allegiance to the corporate flag. But what happens when one such operative breaks free of his mental chains and decides to bring the whole system down? Can one "Ronin" make a difference?
In Shops: Dec 16, 2020 For two generations, the rural hill town of Grendel, Kentucky has honored its Faustian bargain with the monster living in its abandoned coal mine: a human sacrifice every season in return for agrarian prosperity the likes of which this rocky region had never before seen (including its greatest cash crop: the dankest weed in the land). When one town elder
breaks this pact, Grendel's only hope is that its prodigal daughter will return home to face down the creature of her nightmares – and bring her all-female biker gang with her. In this concluding issue, Marnie finally enters the mine that haunted her as a child.
In Shops: Dec 23, 2020 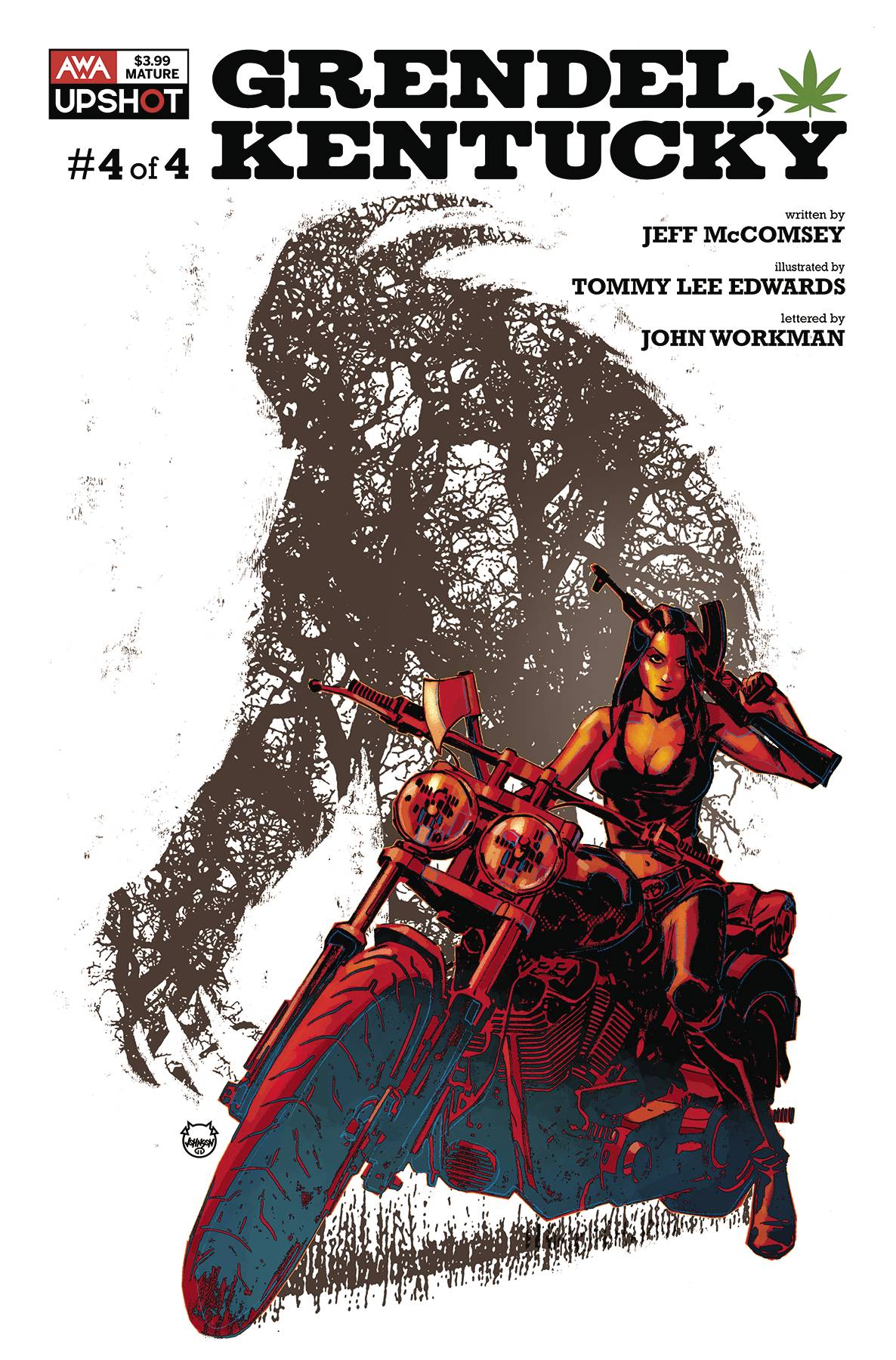 A nerve-racking thriller from crime writer Christa Faust and blockbuster artist Mike Deodato Jr. (The Resistance, Infinity Wars). When her teenaged daughter goes missing under mysterious circumstances, suburban soccer mom April Walters embarks on a harrowing mission to find her; a journey that takes her through the underbelly of her suburban community and sets her on a collision course with a massive crime syndicate and its lethal matriarch. Tested to her limits and beyond, April discovers that hell hath no fury like a mother scorned. In this issue, April makes her first moveron the lovely and lethal Eva, and it is truly explosive.
In Shops: Dec 30, 2020

So there's going to be an Authority movie. And it looks like DC Comics' publishing schedules have only just found out.

Antagonized by some fans of his grandpa, Normie goes full goblin mode in this preview of Red Goblin #1.

Alex Schomburg created around 40 airbrushed covers for Ned Pines's Standard/Better/Nedor titles during the period of 1947-1948.