As we await to discover all of Marvel Comics' solicitations for November 2019, here's a Frankensteining of all the announcements we can find so far…

Yondu, lone Ravager and all-around scoundrel is about to hit the biggest pay day of his life when he stumbles upon a dangerous new weapon! But when this artefact turns out to be deadlier than he bargained for, will the reward outweigh the risk as Yondu finds himself targeted by a mysterious mercenary? Plus, when an unexpected visitor from the future turns up to stop Yondu, it begs the question: exactly how bad did he screw up? 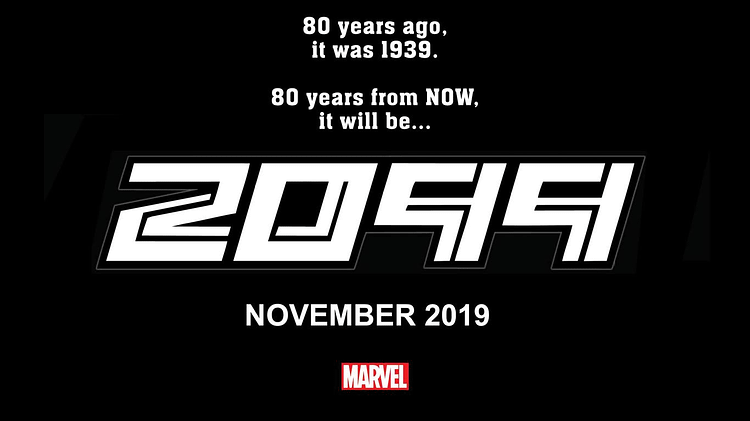 Starbrand Reborn Part One: Riot in the Space Prison

Artist Ed McGuinness returns for an epic space adventure that takes the Avengers into an alien prison the size of a galaxy, where a mysterious new wielder of the all-powerful Starbrand has suddenly appeared, unleashing cosmic chaos. Good thing the Avengers brought along their newest member, the Black Widow.

The Negative Zone is under siege! Now the Lord of the Negative Zone, Annihilus, makes a call for help to the very heroes he once fought against! It's an all-out battle as Nova, Silver Surfer and some of your favorite cosmic heroes try to prevent the next annihilation.

Written by Mike Carey and Ryan North with art by Stefano Caselli and Steve Uy. Cover by Kim Jacinto:

Reed Richards AKA Mr. Fantastic is known for his ambitious scientific experiments — even if the outcomes are not always what he was expecting. One of those experiments is coming back to haunt him — and he and the rest of the Fantastic Four will have to head into the Negative Zone to make things right. Marvel's First Family is in for another big adventure when FANTASTIC FOUR: NEGATIVE ZONE #1, written by Mike Carey with art by Stefano Caselli, comes to comic shops this November! The issue also features a bonus story by writer Ryan North (who is also wrapping up THE UNBEATABLE SQUIRREL GIRL in November) and artist Steve Uy, who unfold an adventure featuring that other super-powered foursome in the Baxter Building, the Fantastix!

VENOM AND CARNAGE – TO THE DEATH!

THE NEW GENERATION CLAIMS THE DAWN!

The classic New Mutants (Sunspot, Wolfsbane, Mirage, Karma, Magik, and Cypher) get together with a few new friends (Chamber, Mondo) to seek out their missing member and share the good news… a mission that takes them into space alongside the Starjammers!

When an island full of unspeakable horrors appears on the horizon, the X-Men have their work cut out for themselves keeping Krakoa safe!

THE HIGH PRICE OF A NEW DAWN!

X-Force is the CIA of the mutant world—one half intelligence branch, one half special ops. Beast, Jean Grey and Sage on one side, Wolverine, Kid Omega and Domino on the other. In a perfect world, there would be no need for an X-Force. We're not there…yet.

THE DAWN DOES NOT BREAK FOR ALL!

Psylocke finds herself in this new world of Mutantkind unsure of her place in it… but when a face from her past returns only to be killed, she seeks help from others who feel similar to get vengeance. Cable and X-23 join Kwannon for a personal mission that could jeopardize all Mutantkind! 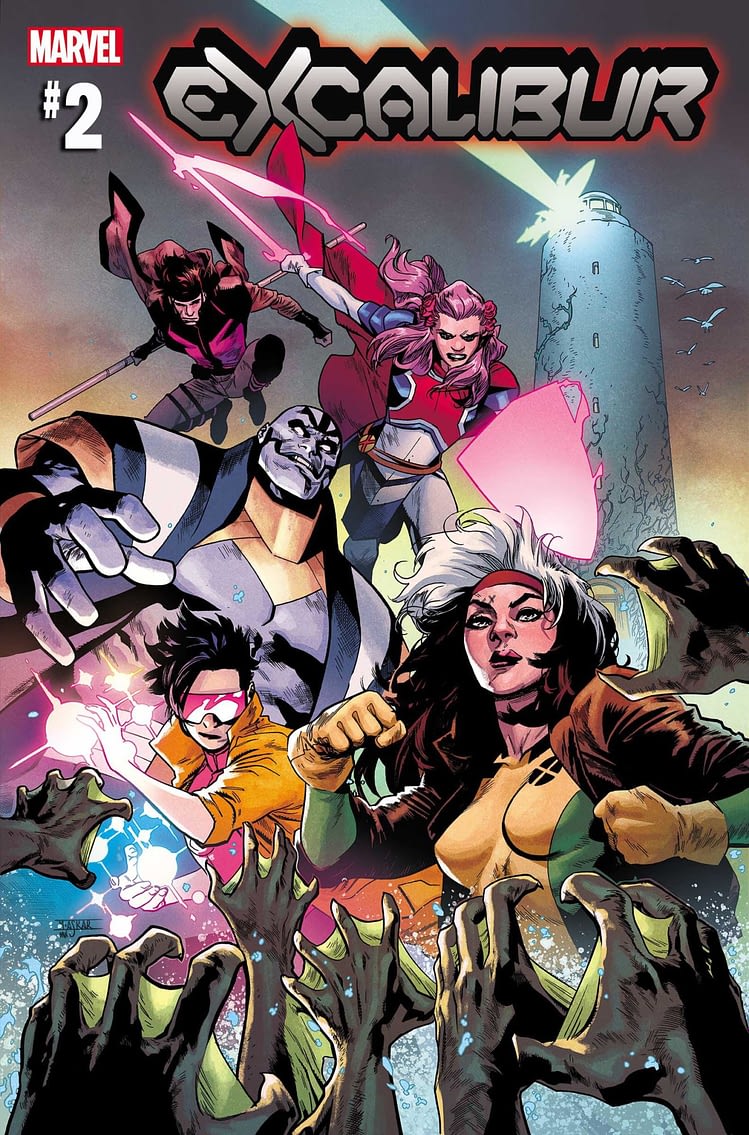 Art by MARCUS TO

Betsy Braddock is Captain Britain, but a citizen of Krakoa. With Rogue's condition a mystery, the team heads to the one place that has always been the seat of Excalibur's power – the Lighthouse. 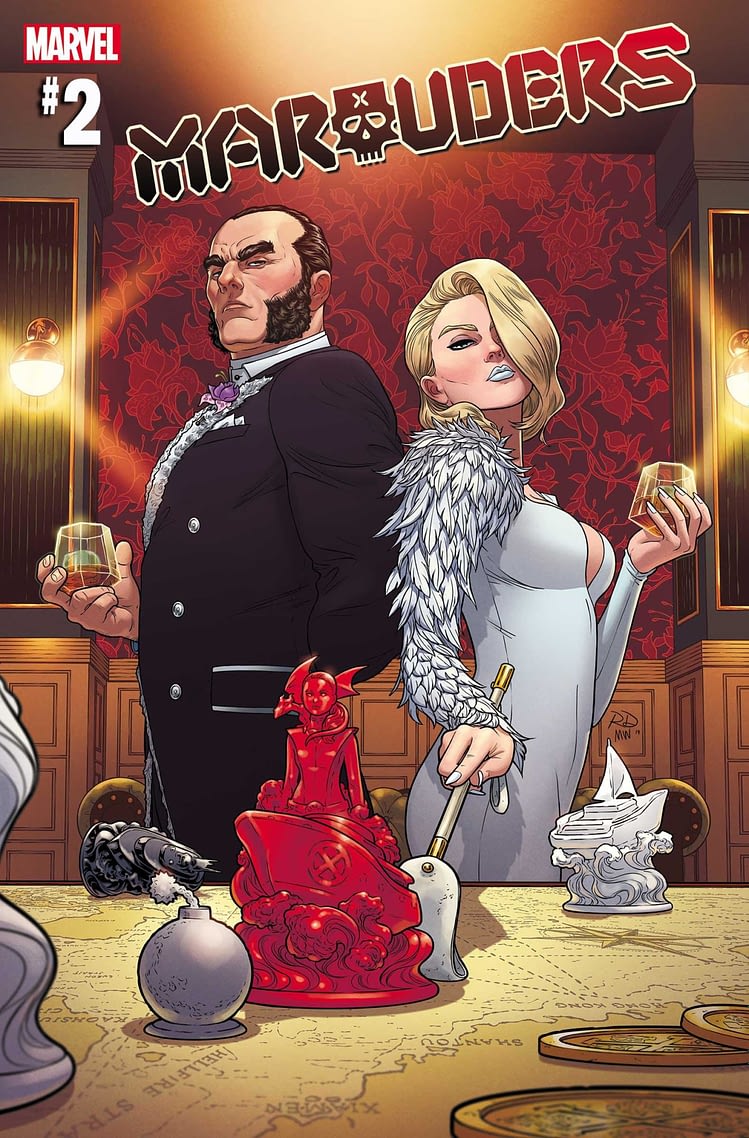 The Hellfire Trading Company has control of Mutant trade on the seas… but that doesn't mean its Inner Circle is done stabbing one another in the back. As Captain Pryde and her Marauders sail on, the real cutthroats are back home…

OUT OF THE ASHES OF ABSOLUTE CARNAGE! ALL-NEW ONGOING SERIES!

Patricia Robertson, Andi Benton, Donna Diego… it's all been leading to this as one of the original – and possibly strongest – offspring of the Venom symbiote at last stars in her own, self-titled ongoing series set in the Marvel Universe! But after the events of ABSOLUTE CARNAGE, what remains of the Scream symbiote as it was before? Does it even have a host? What are their intentions? And what will a pair of web-slinging wallcrawlers have to say about its presence in New York?

MORBIUS IS THE LIVING VAMPIRE…OR IS HE MORE? ALL-NEW ONGOING SERIES!

For years, Nobel Prize winning biologist Michael Morbius has been struggling to cure himself of his vampirism, and now, for the first time in years, one may be within reach! But the path to it is littered with dangers and worse!

Deadpool's newest mercenary job has him going after the King of Monsters, who has claimed a new kingdom for his monstrous subjects…on Staten Island! But you know what they say, when you come at the king, you better not miss! The Merc with a Mouth finds himself neck deep in political intrigue, monster law, and a monster hunter out for blood! It's like The Crown but with even more swords and monsters! Can Deadpool's smooth charisma and deft diplomacy allow him to keep his head, or will he be royally screwed?

Written by Ryan North and art by Derek Charm. Cover by Erica Henderson:

Ten Thoughts About Doctor Who: The Vanquishers – The Three Doctors?

Another week and back on the right timezone, welcome to Ten Thoughts about the Doctor Who Flux Finale, The Vanquishers, just aired on BBC COne and BBC

The Eternals returned for a 12-issue miniseries in 1985 under writer Peter B. Gillis and penciler Sal Buscema. According to comic-book historian Peter

At the end of Fortnite Chapter 2, in a battle with the Cube Queen, the Island of Fortnite completely flipped over, sending its players scattered across

Hulk #1 Review: This One is Intriguing

With an intriguing new science-fiction take on the storied monstrous concept, Hulk #1 brings forth an unexpected antagonist and twists the property in

Star Wars: Heir To The Empire #1 Up For Auction, Thrawn Fans

Star Wars fans will want to check out this CGC copy of Heir To The Empire #1, the first Thrawn in comics, taking bids at Heritage Auctions.