Mind MGMT: Bootleg #2 reunites the Crimson Flower team of Matt Kindt and Matt Lesniewski. In this issue, another recruit (this time in India) is brought aboard. Artist Lesniewski's talent for an almost alt-comix exaggeration vibe can't be undersold. My favorite panel from the issue is this one where Lesniewski puts the lettering inside the smoke.

As for the backup story in Mind MGMT: Bootleg #2, presumably authored by Kindt, it concerns an actress who forgets her lines and her usefulness to Mind MGMT.

It's still good to have the series back, and the reviewer waits impatiently for the fourth issue, which is drawn by Jill Thompson.

While we apparently do not host a preview of Mind MGMT: Bootleg #2 (neither Jude nor Rich dressed up as potted plants or disguised themselves as Bothan spies), Dark Horse does, and you can read pages for yourself right here:

Matt Kindt!  Matt Lesniewski!
From New York Times bestselling and Harvey award-winning graphic novelist Matt Kindt and Matt Lesniewski (Crimson Flower) comes the next chapter in the conspiracy-laden and mind-twisting universe of Mind MGMT.
The former leader of Mind MGMT recruits a powerful new member to assemble a team of the most talented agents of all time to build the organization anew–taking our hero all the way from India to Japan to find these new mental soldiers and to compete against all the new threats since Mind MGMT went obsolete.
* Cover C variant is a special polybagged cover, drawn by Jim Rugg, and contains a special Mind MGMT playing card! 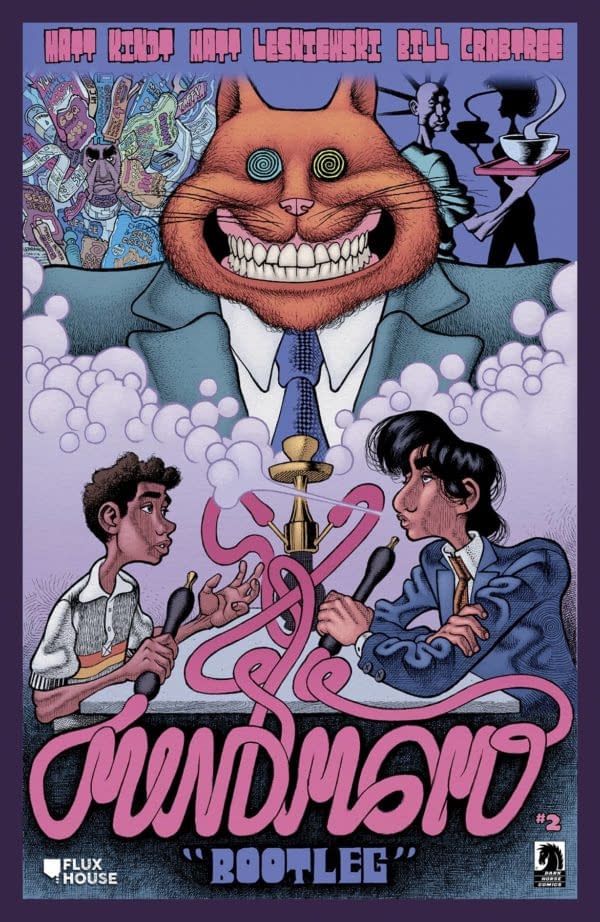 The Roadie #1 Review: The 80's Almost Killed Me

The Roadie #1’s plot, briefly: A roadie for the metal band Mass Acre discovers he has a daughter and eventually chooses to save her.

Chris Wozniak is a longstanding comic book creator, best known as an artist on comic books such as Excalibur, The Spectre, Justice League of America,

I have only done one book signing in my life, for the release of the Royal Wedding comic books that I wrote. Held at Forbidden Planet in London, I was