As Jason Shawn Alexander approaches the 300th issue of Spawn (and yes it is a bit of a Todd McFarlane day today on Bleeding Cool), he has announced his new comic book series with American Gods writer Rodney Barnes – a new vampire horror comic book, Killadelphia. And they've brought some impressive pull quotes as well.

We have three pages to show off, so let's intersperse those with some of those quotes.

"Killadelphia is the stunning and fresh horror fable I've been craving. This one feels like a classic." —Jordan Peele

"Jason Shawn Alexander is one of my favorite artists working today, and writer Rodney Barnes is the perfect collaborator for this atmospheric horror story with a terrifyingly real sense of place." —Brian K. Vaughan 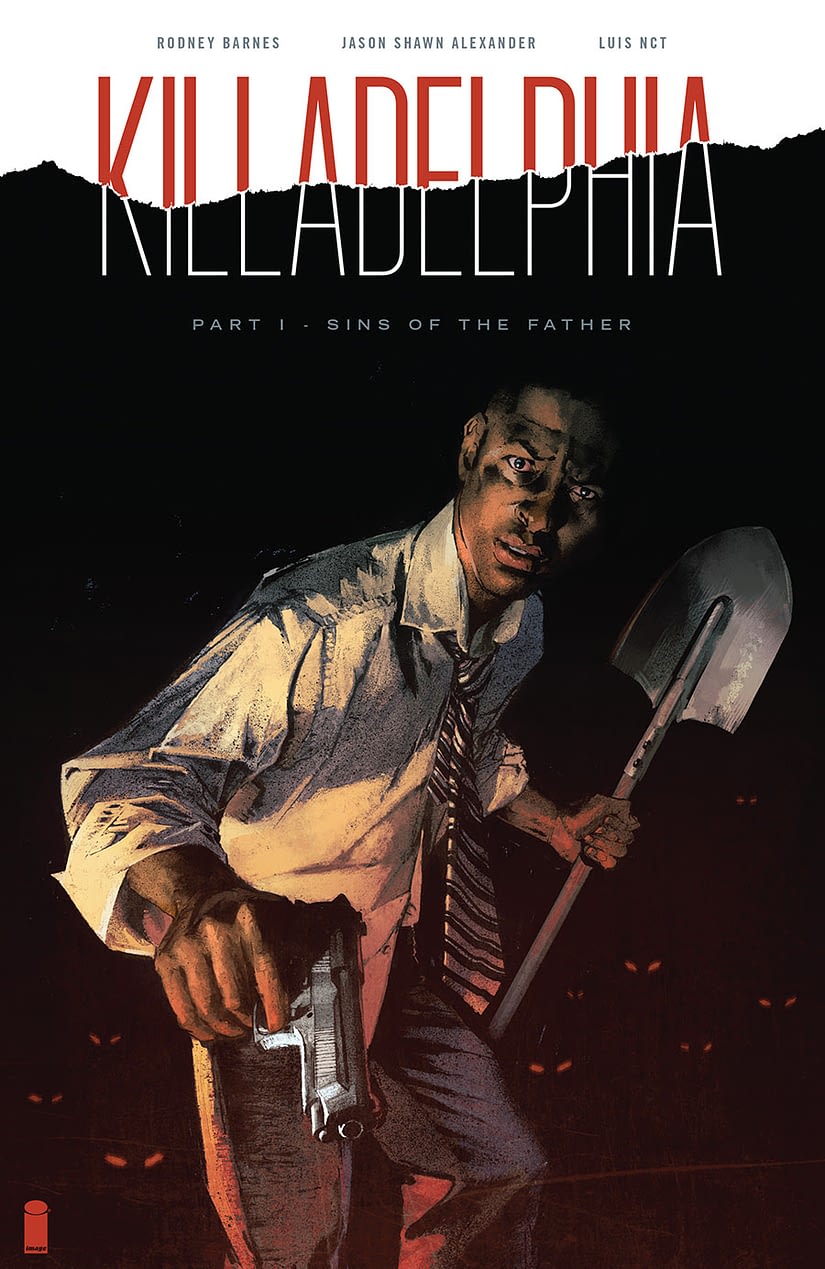 When a small-town beat cop comes home to bury his murdered father—the revered Philadelphia detective James Sangster Sr.—he begins to unravel a mystery that leads him down a path of horrors that will shake his beliefs to their core. The city that was once the symbol of liberty and freedom has fallen prey to corruption, poverty, unemployment, brutality… and vampires. Welcome to Killadelphia.

Alexander is quoted as saying "Killadelphia has a human element that I don't often get to see in the horror genre, and rarely get a chance to portray. The story, at times, has me at the edge of my seat and at others, leaves me with a lump in my throat. One gets the feeling you're reading about real people with real lives in an extraordinarily frightening situation. Luis NCT and my part, at this point, is to bring the art to the level of Rodney Barnes' emotive words. I think the audience, and myself, have an amazing ride ahead of us."

Barnes adds "I wanted to tell a story about people who have fallen through the cracks of society. Those who dream the American dream but do so from the back of the line. That is until now.Can they who have been shown little mercy themselves be merciful? We shall soon see. I can't say enough about Jason Shawn Alexander's art, which beautifully captures the mood and tone of an American city under siege. And I'm excited for all to experience the horrors which lurk in the alleys and low places of a town we call Killadelphia."

Series editor Greg Tumbarello touched on the tone and aesthetic of the comic. "Killadelphia is an enthralling horror story that claws into the most terrifying elements of humanity and a society in chaos, while being balanced against an incredibly personal story of a son searching to break beyond his father's shadow by solving his murder," said Tumbarello. "Not only do Rodney Barnes and Jason Shawn Alexander perfectly complement each other, but the entire creative team has seamlessly come together to make some of the most exciting comics you'll ever read. This is a series you cannot miss."