Home » Comics » Recent Updates » Eastman And Laird's TMNT: The Last Ronin Comic Will Be an "Elseworlds-Type Story Set Sometime In The Future"

But what is it? Well, The Last Ronin certainly reflects the samurai and ninja aspects of TMNT, and much of the original comic book was based on Frank Miller's Ronin for DC Comics.  But on the Turtles fan boards The Technodrome, IDW and Turtles editor Bobby Curnow posted,

Not much I can say about Last Ronin at this time, but rest assured you will be hearing more about it in due time! I will say that it is an Elseworlds-type story set sometime in the future, not necessarily a part of any given continuity (but maybe it will turn out to be!) 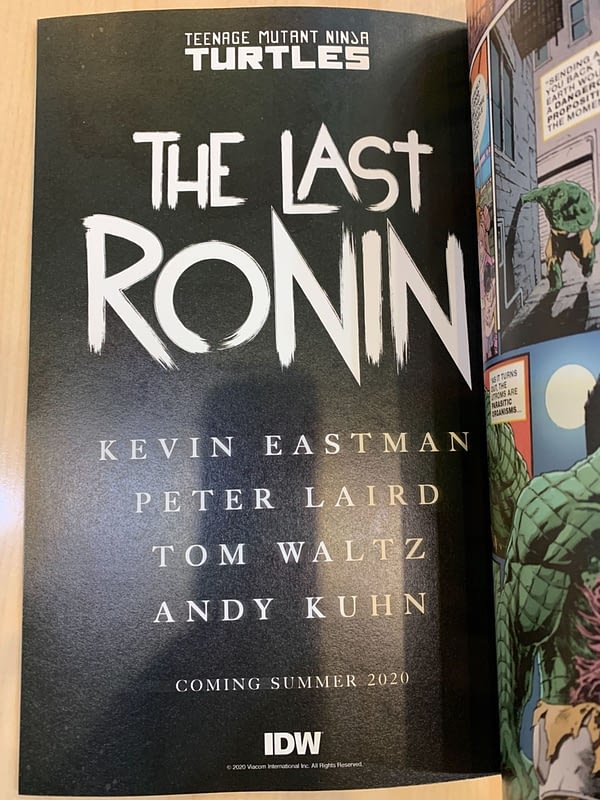 Will that do for now?