Steve Niles appears to have a busy June. He's launching the new Kick-Ass Vs Hit-Girl at Image Comics and at Clover Press, a new series called The Possessed with his Criminal Macabre collaborator Gyula Nemeth, for a Jewish/Nazi revenge horror fantasy.
THE POSSESSED #1 (OF 2) 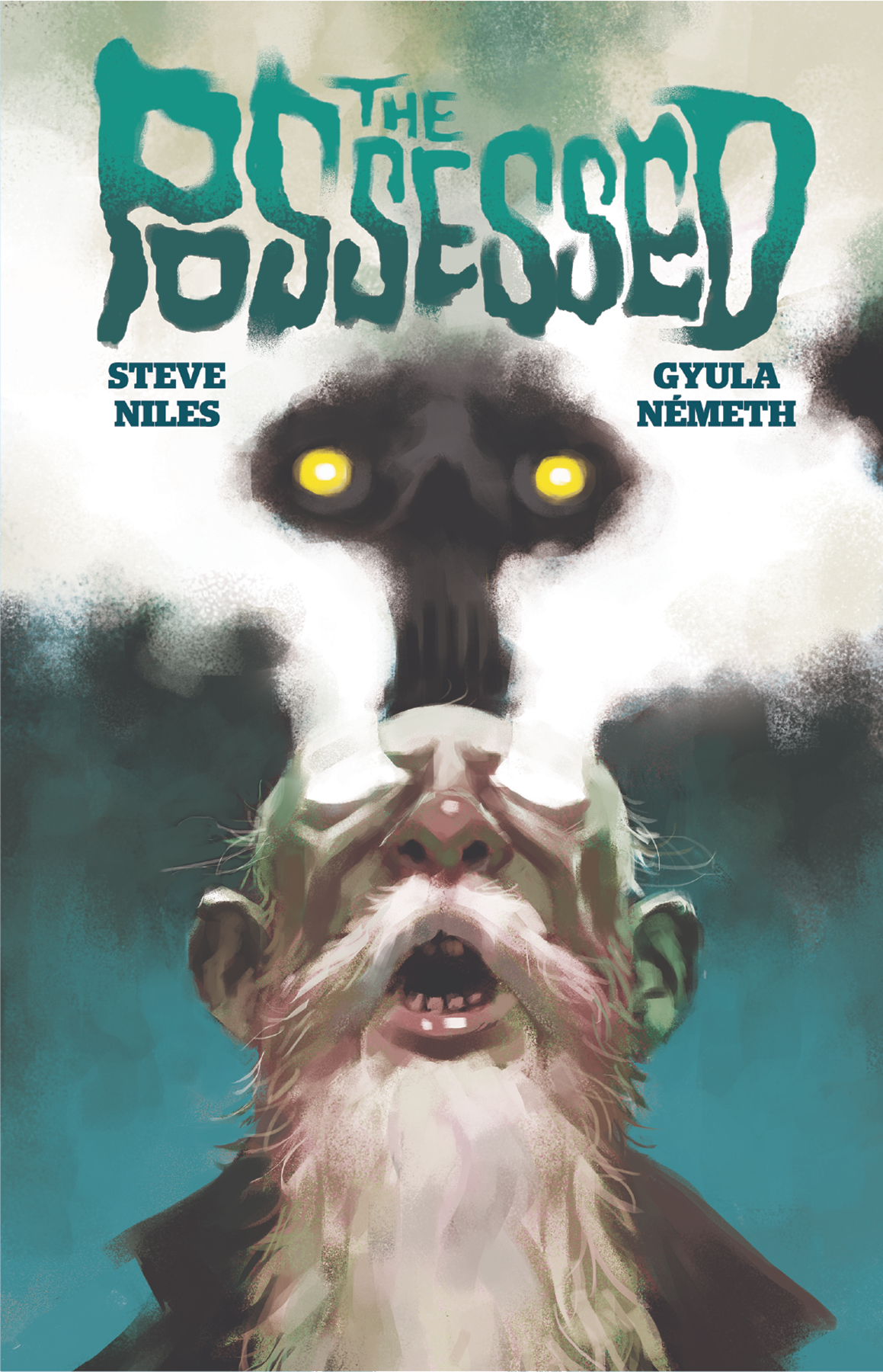 In Nazi-occupied Budapest, a young woman sees her mother and father brutally murdered by an SS Officer. She escapes with her Grandfather and the help of a Rabbi. Filled with rage and hatred, the Grandfather asks the Rabbi for help and he shows them an ancient box that contains a demon filled with hate and violence. They can have the revenge they want but only by giving up their sense of right and wrong.
Horror master, Steve Niles, pairs up with his Criminal Macabre artist, Gyula Nemeth, on this poignant and terrifying tale of a family driven to rage and vengeance.
This extra-packed comic includes 32 pages of story, Steve's entire script, and a peek at Gyula's preliminary art.
Prestige Format Mort Castle's long writing career, primarily in the horror genre, saw him publish more than 500 short stories and 17 books. During that time he was nominated eleven times for the Bram Stoker Award for Short Fiction and was a winner of three.
Deadly Election combines a presidential candidate who decides to Make American Great Again (and who may be a vampire), a "superhero" team of the three most unusual people in the country and the owner of America's most popular theme park. This is non-stop horror and action that'll make you wonder if Castle had a crystal ball when he wrote it in 1977. Available for the first time from Clover Press, the Diablo House trade paperback now comes signed by writer/co-creator, Ted Adams and letterer Robbie Robbins who also has a short story in the book.
In one of the most beautiful, most wealthy zip codes in the country lies the sleepy, sun-drenched coastal town of La Jolla, California, and among all of this beauty stands Diablo House. It'll make your dreams come true, if you dare. Surf bum and host Riley invites us into his home and shares stories of the people who fulfill their desires at the cost of all else. Money? Sex? Power? It's all yours-for a price!
Diablo House, written by IDW and Clover co-Founder, Ted Adams with art by comics-newcomer Santiperez is an anthology that recalls the classic horror comics of the past. Perfect for fans of The Twilight Zone, Tales From the Crypt, and Creepshow.
Also includes short stories by Troy Little (Rick & Morty vs Dungeons & Dragons), Alan Robert (Beauty of Horror), Robbie Robbins, and Shawn Dickinson (Inks, Drinks, & Catfinks!).
Introduction by Paul Tremblay. 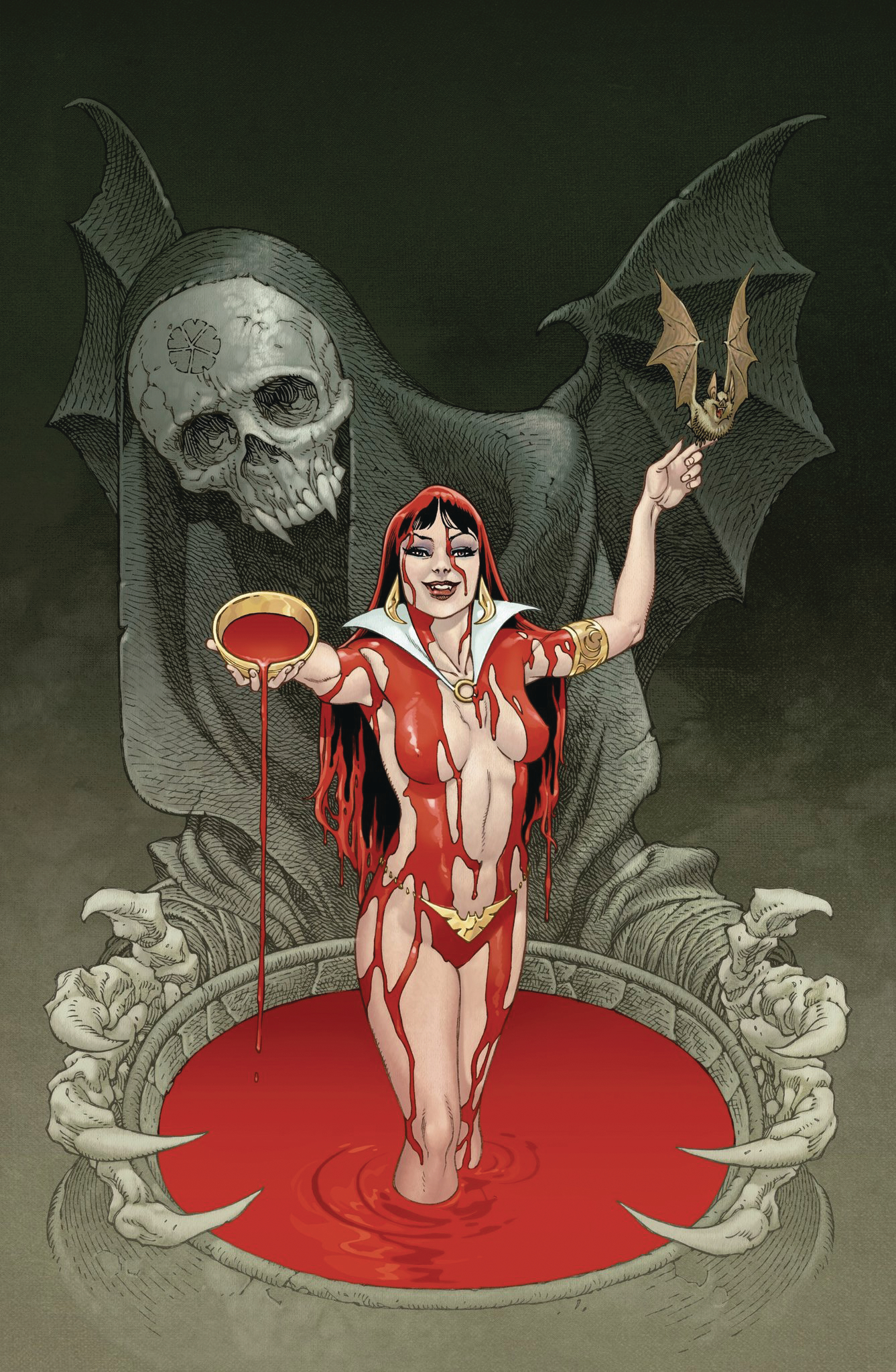 Offered for the first time, Clover Press is proud to present their Gabriel Rodr guez (Locke & Key) variant cover for Dynamite's 2019 relaunch of Vampirella. Limited copies available. May be allocated.

A new mini-series is launching at DC Comics on Tuesday from Mark Russell and Steve Lieber. Read a preview of One-Star Squadron #1 here.

Read a preview of Marvel's Voices Community #1, the latest issue of the Voices anthology series in stores on Wedensday.

Will the Hellions survive this preview of Hellions #18, the final issue of the series, in stores from Marvel on Wednesday.

The titular puzzle box has been assembled in this preview of Joker Presents: A Puzzlebox #5. Read a preview here.