Doctor Strange in the Multiverse of Madness doesn't have enough multiverse or madness and a story that is a mess, but the moments when it works, it works like gangbusters, despite some creative issues that are going to be very divisive.

THIS REVIEW WILL BE SPOILER-FREE!

Director: Sam Raimi
Summary: Dr. Stephen Strange casts a forbidden spell that opens the doorway to the multiverse, including alternate versions of himself, whose threat to humanity is too great for the combined forces of Strange, Wong, and Wanda Maximoff.

Multiverse of Madness is a movie that feels like it is trying to be three different things at once, and that is what happens when a lot of what you are seeing was being rewritten and reshot on the fly. COVID-19 threw the production of several Marvel movies into disarray, and this was one of those movies, as it was supposed to come out before Spider-Man: No Way Home. Now that it is coming out after that film, we are dealing with a very different Doctor Strange movie. There are times when you're left wondering what aspects were from before the release date shifts and what are after. The film, as a whole, doesn't quite fit together as well as it should. The pieces are all there, and they kind of fit, but there are cracks, jagged lines, and things that just don't work. It speaks of a troubled production, and considering how much was going on in this movie, it's a miracle it fits together as well as it does.

When it comes to the script and the story, those will be divisive among fans and critics alike. There is one creative choice, in particular, that would be a spoiler that we won't be getting into here, but we will be getting into over the weekend, which could be a dealbreaker for some. It is the kind of creative choice where it is impossible to tell if it's going to be a dealbreaker for someone or not; they just have to see Multiverse of Madness and find out if it ruins the movie for them or if they can roll with it. For what this critic's opinion is worth, it didn't sit well with us, and we will have a lot to say about it come the weekend. The rest of the story and script bounces around from being interesting to confusing with exposition to try and clear up the confusion. A lot is going on, and this is a movie introducing some big concepts to people who aren't watching all of the Disney+ shows. This is a movie walking a very thin line of trying to make the Disney+ shows important while also not alienating people who don't watch them. It will be interesting to hear from Marvel fans who haven't watched other Marvel shows if they understood or even liked this latest outing with Doctor Strange.

The moments that work are the ones when we can see these characters put in some great performances. Elizabeth Olsen is probably one of the MVPs of the entire Marvel Cinematic Universe, and after WandaVision, we know her range. She is given a lot to do and draw from in this movie, and she plays the role rather effortlessly. It's clear that she understands and truly empathizes with this character on a very deep level which always makes for better performances. The other MVP of Multiverse of Madness is Xochitl Gomez as America Chavez. As we said in our first impressions of this movie, America is there from the moment go, and she is not a supporting player in this drama; she is as much of a main character as Wanda or Strange are. Gomez is magnetic on-screen, and if there is any justice in this world, we will see her in approximately twenty different Marvel properties from now on. Rachel McAdams as Christine Palmer also gets so much more to do in this movie, though to elaborate on her role would be a spoiler. Suffice to say, one of the most underutilized female love interests in the Marvel Cinematic Universe got a very interesting arc in this movie. Basically, all of the ladies in this movie are awesome and stars, and we love that for them.

As for their male co-stars, fans of Benedict Wong's Wong are going to walk away from this movie very happy. He gets quite a bit to do and some really neat fight scenes showing his abilities as the Sorcerer Supreme. Benedict Cumberbatch is probably the best he has been as Stephen Strange in this film. It's good to see that the movie isn't forcing the character to go through another "manage your ego" type of story, and we get to see a different side of the character. And while Chiwetel Ejiofor as Mordo is always fun to see, and they do something interesting with him, he is painfully underutilized in a movie that is already bursting at the steams.

The person that really makes any of this work is director Sam Raimi. His fingerprints are all over this movie, maybe not entirely with the story at times, but with the overall look and aesthetics of things. Marvel called Multiverse of Madness their first horror movie, and they are very much right. This is a movie that walks right up to the edge of what you can get away with within a PG-13 and it is surprisingly dark and brutal at times. This is a movie with a very high body count, and it does not hide that fact. The camera lingers, so you know that people just died in usually rather intense ways. Some visuals feel ripped directly out of the Evil Dead movies, and the moments when Raimi really soars are the ones where he can really lean into those visuals and show you why he is worshipped as a god by so many nerds.  In the latter half of the movie, we get more of those moments when things start going ultimately buckwild, and Danny Elfman's score elevates those moments to a ten.

However, for a movie called Multiverse of Madness, there isn't much of the "multiverse" or "madness" to really speak of. There are different universes, but not nearly as many as you would think. And there is some madness, but it's not the kind of mind trip where everyone is questioning their very sense of reality that is suggested by a title like that. With the exception of the villain, there is very little madness to be found, and the concept of a villain being mad isn't exactly far-fetched. Perhaps it was too much to expect that the movie would explore many different universes, but with a Marvel budget, one really goes into it expecting more than we end up getting here.

Doctor Strange in the Multiverse of Madness makes some weird creative choices that will be divisive for some people and features a script and story that don't really come together, but the moments when they really let the people behind the camera take charge are the moments when it works. Those moments are pretty top tier, but it isn't quite enough to elevate the movie into the "pretty good" category of Marvel movies.

Doctor Strange in the Multiverse of Madness 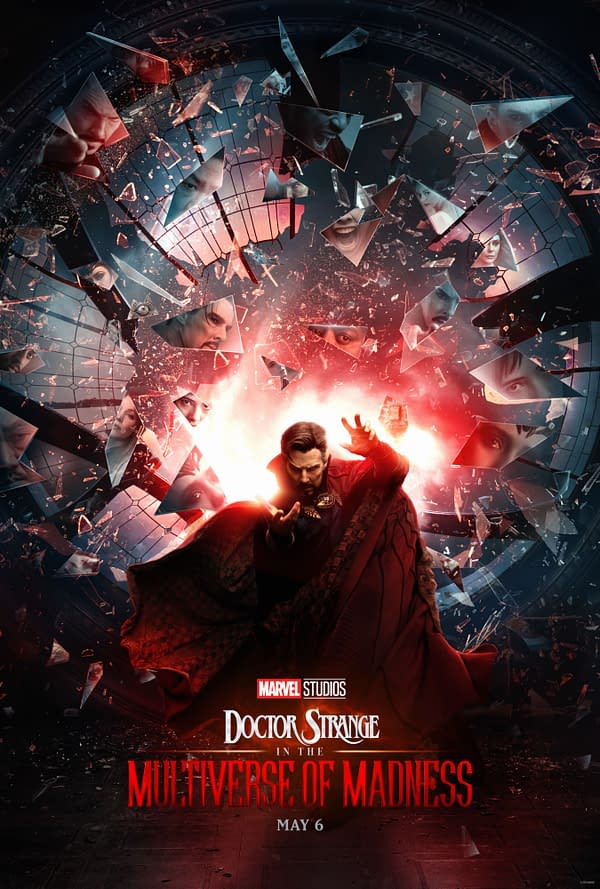 Review by Kaitlyn Booth
8/10
Doctor Strange in the Multiverse of Madness doesn't have enough multiverse or madness and a story that is a mess, but the moments when it works, it works like gangbusters, despite some creative issues that are going to be very divisive.

Hunger Games prequel Ballad Of Songbirds & Snakes has welcomed Viola Davis on board. The film is in production right now.

Wizard Of Oz Reimagining On The Way From WB, Kenya Barris Directing

WB has tapped Black-Ish creator Kenya Barris to reimagine The Wizard Of Oz for the the studio, giving it a modern setting.

SAW Is Returning, New Film Set By Lionsgate For October 2023

SAW is back, as Lionsgate has announced that the tenth film in the franchise will release for Halloween 2023.

Giveaway: Win A Blu-Ray Copy Of The Black Phone

Would you like to win a Blu-ray copy of the action film The Black Phone? All you need is a Twitter account to take part in this giveaway.