The second episode of Netflix's Cobra Kai Season 3 picks up right after the events of the first episode. Titled "Nature vs. Nurture", we have two main arcs. The first involves the two main sensei and the other involves a student of Cobra Kai. Okay, so moving forward I'm throwing on the "MINOR SPOILERS AHEAD!" just so no one gets caught by surprise.

At the end of the premiere episode "Aftermath", Miguel's (Xolo Maridueña) miraculously recovers from his coma. Much to Johnny's (William Zabka) chagrin, Miguel remains bitter at him. Meanwhile, Daniel (Ralph Macchio) and Johnny look for Robby (Tanner Buchanan), who since fled the scene following the brawl at the high school. Naturally, the surrogate (Daniel) and biological father (Johnny) clash with their personality as they always do. The metaphor of the old married or odd couple applies every which way. Who knew so much fun can be had with a bag of Corn Nuts?

When the surrogate dad finally catches up, it seems like the series is going to make Robby regress a bit emotionally with the arrangement Daniel had with law enforcement. On the other side, we get to know Tory (Peyton List) a bit more about her problems trying to take care of her ill mother and typical asshole building manager/landlord. The series really makes it hard to "hate" any character and makes you understand their motivation. Yes, Tory embraces her bully side because literally no one else in her life ever showed her another way. And as much as we're conditioned to "hate" John Kreese (Martin Kove), he looks out for his own.

I will hand it to creators Jon Hurwitz, Hayden Schlossberg, and Josh Heald for always sticking to their guns and their morals for their characters. The grey area of the characters makes it not so much a guilty pleasure, but it's a series literally born of empathy the way the films or the traditional Hollywood formula. If it were anyone else handling the series, they could easily made Kreese a more lecherous character. Again, I'll commend the creators on top of writers Joe Piarulli and Luan Thomas for pulling another gem. Aside from the chemistry between Macchio and Zabka, the real star of the episode is List for her performance, because any one of us can find ourselves in her situation, and sometimes we can lose sight of how cruel the real world can be. Season three of Cobra Kai is available to stream on Netflix. 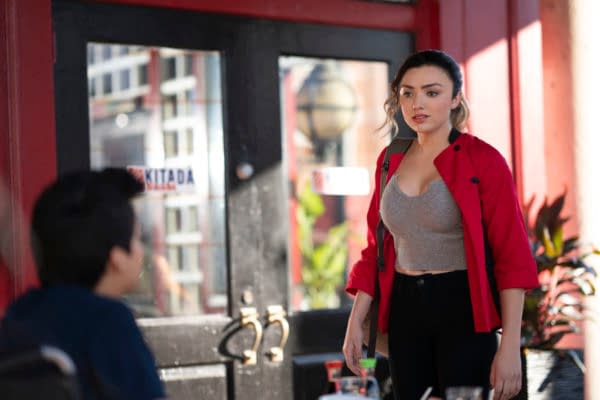 Review by Tom Chang
8/10
Another gem made by the creative team behind the series in Jon Hurwitz, Hayden Schlossberg, and Josh Heald along with writers Joe Piarulli and Luan Thomas to breathe the humanity in Tory, played by Peyton List. It took quite the restraint to humanize the series' "villains" the way they did and its brilliant execution.

The Chadster previews tonight's episode of AEW Rampage in his usual unbiased fashion, even after everything Tony Khan has done to him!