In the third episode of Cobra Kai season three, Miguel (Xolo Maridueña) attempts to tackle a battle against an opponent with no visible weakness, the US healthcare system. Daniel LaRusso (Ralph Macchio) also faces a battle on two fronts that puts his two passions at risk potentially crippling his livelihood. This is your minor spoiler warning for the episode "Now You're Gonna Pay."

The first arc finds Miguel a glimmer of hope with an experimental surgery that can be a huge step for him to walk again since the back injury he sustained in the school-wide brawl at the conclusion of season two put him in a coma. The major hurdle he and his family face is that it costs way more than what his family can afford. Upon hearing this, Johnny (William Zabka), the students of Miyagi-Do, and Cobra Kai try to devise ways to come up to fundraise for the surgery. As established early on in the series, Johnny is far from loaded and searches far and wide to try to help, but is rebuffed at every turn as if we needed to be reminded how much he cares for his prized student and surrogate son, Miguel.

Guess stars Ron Thomas and a surprise appearance from Ed Asner don't add much but are welcome additions to the episode. Bad publicity from the Valley High youth embracement of martial arts stemming from the school-wide brawl becomes a visible black eye for all those involved including Daniel and his dojo, Miyagi-do. This ultimately affects his auto sales dealership, when his primary competition offers a buyout after stealing one of LaRusso's biggest suppliers. Obviously, Daniel has to make the decision to put his life in the Valley on hold to save his family business and travel to Japan.

The final dynamic involves Robby (Tanner Buchanan), who finds out how alone he truly is not only from the circumstance with another missed appointment from his father Johnny but having to deal with his own personal issues at juvie, which if you haven't figured it by now on Cobra Kai what it typically is, you never will. There's plenty to unload on and there's nothing particularly remarkable about the episode than all the setting it up does for bigger arcs. Directed by Lin Oeding and written by creators Josh Heald and Hayden Schlossberg along with Stacey Harman, "You're Gonna Pay" is quite literal when it comes to what the costs are for Daniel, Robbie, Johnny, Sam (Mary Mouser) and Miguel. Macchio, Zabka, Mouser, and Maridueña move the episode along enough to keep it going and not let it drag. It's an otherwise average episode. Season three of Cobra Kai is available to stream on Netflix. 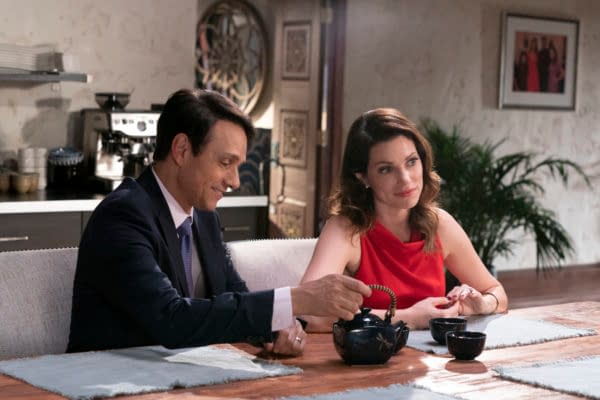