Riding the success of a freshman season that was well-received by viewers and critics alike and following up on executive producer and creative force Noelle Stevenson's unveiling of the season's official poster at Emerald City Comic Con (ECCC) earlier this month, fans were treated to their official first look at Netflix's DreamWorks She-Ra and the Princesses of Power during this weekend's WonderCon 2019.

Stevenson, Aimee Carrero (Adora/She-Ra), AJ Michalka (Catra), Karen Fukuhara (Glimmer), Marcus Scribner (Bow), Lauren Ash (Scorpia), and Merit Leighton (Frosta) took to the stage on Saturday morning to give gave attendees a special sneak preview of what they can expect when the series returns later next month – and now you get a chance to preview it for yourselves, too:

Adora is finally beginning to accept her destiny as the legendary warrior princess, She-Ra, and leader of the Princess Rebellion. Still, there is much to learn as the threat of the Horde grows and Catra sinks deeper into the world of evil. Season 2 of She-Ra and the Princesses of Power begins streaming on Netflix, April 26th! 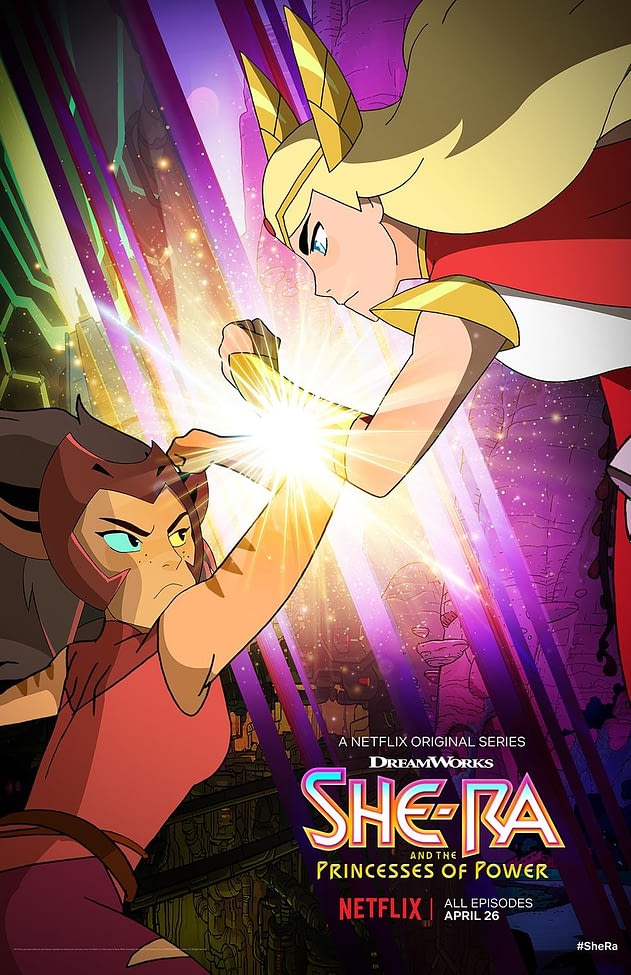 So without further ado, here is your official trailer for DreamWorks She-Ra And The Princess Of Power returns to Netflix for its sophomore season on April 26, 2019; with the first season currently available on the streaming service.

DreamWorks She-Ra and the Princesses of Power is the story of an orphan named Adora, who leaves behind her former life in the evil Horde when she discovers a magic sword that transforms her into the mythical warrior princess She-Ra. Along the way, she finds a new family in the Rebellion as she unites a group of magical princesses in the ultimate fight against evil.