Production on the third season of the popular CW series Riverdale was suspended for a second day, in honor of the passing of actor Luke Perry. The actor died on Monday morning after suffering a massive stroke last Wednesday. With only a few remaining episodes left to film for the season, the show's writers are currrently reworking the remaining scripts to account for the loss of Perry's character Fred Andrews – father of the show's lead Archie Andrews (KJ Apa). 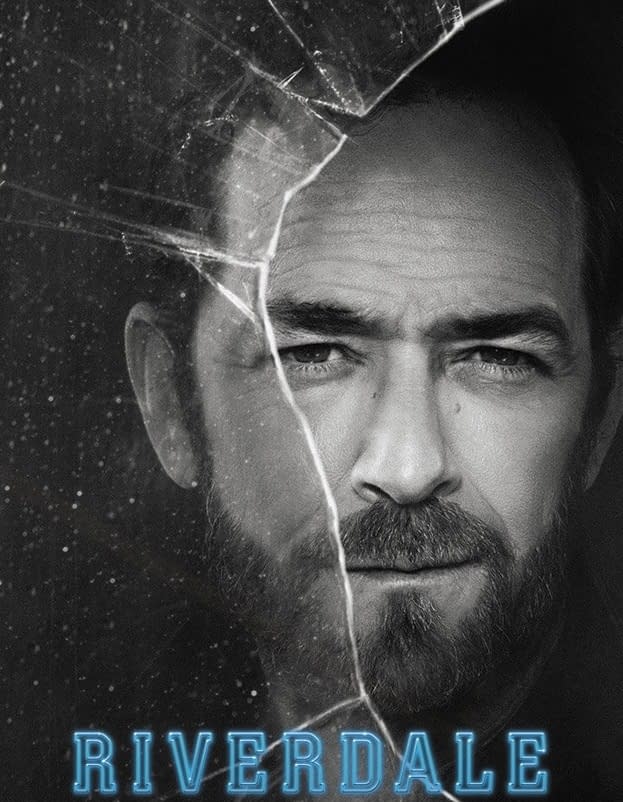 "We are deeply saddened to learn today about the passing of Luke Perry. A beloved member of the 'Riverdale,' Warner Bros. and CW family, Luke was everything you would hope he would be: an incredibly caring, consummate professional with a giant heart, and a true friend to all. A father figure and mentor to the show's young cast, Luke was incredibly generous, and he infused the set with love and kindness. Our thoughts are with Luke's family during this most difficult time."

In 1990 Perry became a household name with the role of Dylan McKay on FOX's hit teen drama Beverly Hills, 90210. The actor would go on to have two runs on 90210, one from 1990 to 1995 and another from 1998 to 2000. Over the course his run with the series, Dylan McKay struggled with alcohol abuse and drug addiction, burning through relationships with several other characters – including Brenda (Shannen Doherty) and Kelly (Jennie Garth).

"Luke will always be part of the Fox family. Our thoughts and prayers are with his loved ones during this extremely difficult time. He will be deeply missed."

Luke Perry… you were a joyful and vibrant soul. You will be missed but most certainly your legacy will be remembered forever. Rest in love and peace, friend. #Riverdale

Some good news as well as a reality check, as Matt Duffer & Ross Duffer confirm that writing on Stranger Things 5 will kick off this summer.

With the season finale hitting this week, we have preview images & more for Star Trek: Strange New Worlds S01E10 "A Quality of Mercy."

In the following clip for Monday's The Talk, Kelsey Grammer offers some great news about Paramount+'s Frasier reboot, filming, and more.

Series star Joseph Morgan has read the script for the Season 4 finale of HBO Max's Titans, tweeting his one-word reaction to it as a GIF.

Some good news as well as a reality check, as Matt Duffer & Ross Duffer confirm that writing on Stranger Things 5 will kick off this summer.

With the season finale hitting this week, we have preview images & more for Star Trek: Strange New Worlds S01E10 "A Quality of Mercy."

M.O.D.O.K.: Patton Oswalt, Marvel & One of the Best Sitcom Dads Ever

Hulu's animated series Marvel's M.O.D.O.K. was a misunderstood work of sitcom comedic genius that deserved better from the streaming service.

Evil S03E04 "The Demon of the Road" taps into Kristen's pride issues, a potential kangaroo court against Sister Andrea, and a cursed highway.