Rebellion, the Oxford-based publisher of 2000AD has been diving through the IPC catalogues they bought up, both reprinting classic British comics stories but also reviving the intellectual properties with new work.

And, this summer, that includes reviving classic British girls comics Tammy and Jinty.

Tammy and Jinty were both was a weekly girls comics published from 1971 to 1984. Each were anthologies of three to four page strips, Tammy focusing on Cineralla-style tales of tortured heroines such as Slaves of War Orphan Farm and No Tears for Molly, Jinty has more science-fiction stories. The titles merged in 1981.

And in June, 2000AD is bringing that merger back, with Suicide Squad's Rob Williams, Judge Dredd's Emma Beeby, Bounce Comics' Gráinne McEntee, Doctor Who's Rachael Stott and more. And a cover by Mike Collins.

Here's the listing as well as whatever else 2000AD/Rebellion are putting out in their June 2019 solicitations, including the Carlos Ezquerra tribute volume. Tammy and Jinty were two of Britain's best-loved girls' comics in the 1970s and '80s – ground-breaking female-led comics that covered everything from science fiction and fantasy to romance and domestic drama. This June, these classic titles return in the 48-page Tammy & Jinty Special, retooled for the 21st Century! A host of the finest modern creators pay tribute to this legacy of trail-blazing comics while introducing a new audience to the medium! None other than Rob Williams (Roy of the Rovers), Rachel Stott (Doctor Who), Rachael Smith, V V Glass (Assassin's Creed), Emma Beeby (Mata Hari) and many more present daring girl-led tales of roller derby, archaeology, codebreaking, ballet, space adventure and more!
In Shops: Jun 26, 2019 Incredible SF action from the Eisner-nominated UK anthology! New series "Thistlebone" debuts this month, a dark folk-horror chiller as the survivor of a cult is drawn back to the woods where something ancient and unholy is thought to dwell. Return to the world of Absalom for the second book of "Terminal Diagnosis," as the copper and his team prepare to face the terrors of The Mills and rescue his grandchildren from the demons' clutches. In addition, fantasy saga Kingmaker comes its stunning finale, there's a desperate battle against the Martians in Scarlet Traces: Home Front, and future lawman Judge Dredd tackles crazed cadets and temporal anomalies!
In Shops: Jun 26, 2019 2000 AD pays tribute to Judge Dredd co-creator Carlos Ezquerra, who died in October 2018, with a summer special featuring some of his most popular characters. Alan Grant and Robin Smith have Dredd tackle perps in a very unique location in "Night at the Museum"; Guy Adams and Dave Kendall reveal an untold story of Romanian vampire soldiers the Fiends of the Eastern Front in "Strange Meeting"; and Viking Wulf Sternhammer comes to terms with life in the future in "Valhalla" by Michael Carroll and Patrick Goddard. Plus the first two completed chapters of the project that John Wagner and Ezquerra were working on when he died: android cop Spector, programmed to root out corruption at the highest level. Plus poster by Cliff Robinson, and cover from Mick McMahon.
In Shops: Jun 19, 2019 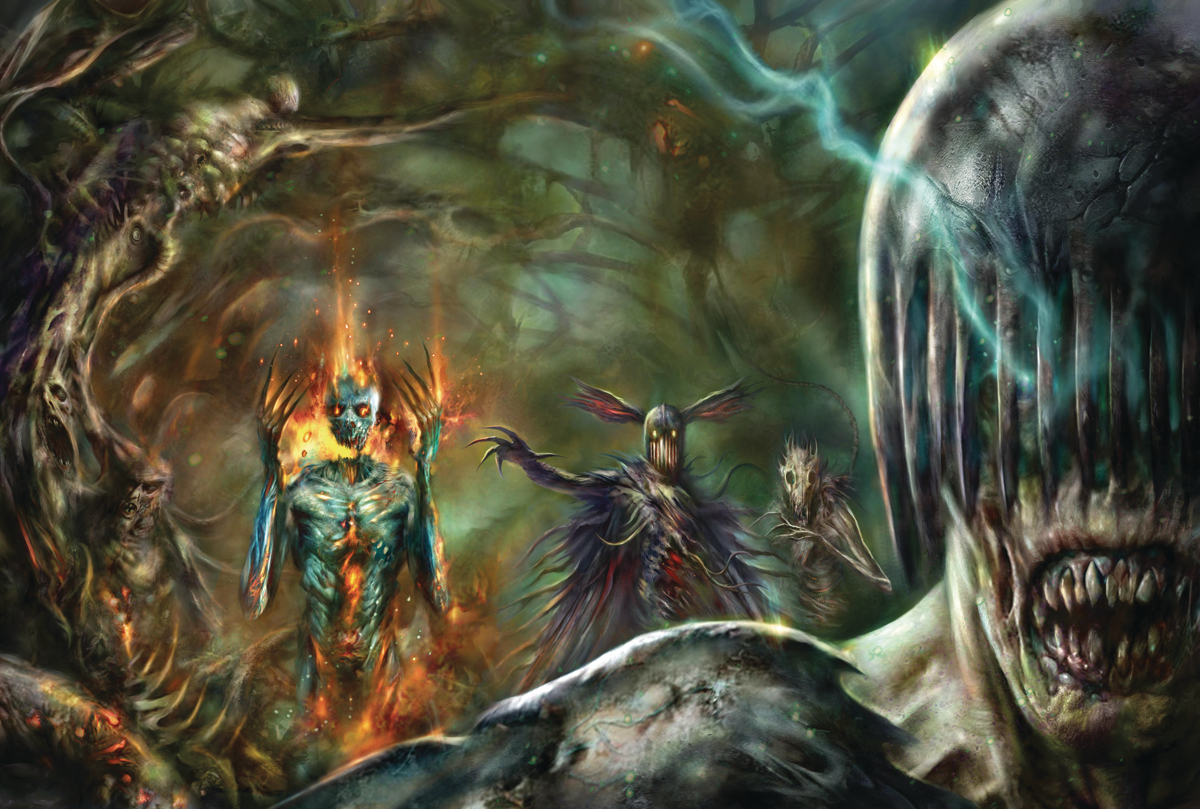 More action and adventure in the future-shocked world of Judge Dredd! New stories start this issue: Dredd heads for the Mediterranean Free States to pick up an informer, but an old enemy has him in her sights in "The Red Queen's Gambit"; The Returners are back, as the paranormal investigation team answer a distress call in "Chandhu"; and young street punk Nia runs with the Diamond Dogs gang, but there's more to her than her friends realize in this Brit-Cit thriller. Plus there's the concluding chapters to Lawless: Ashes to Ashes, and The Torture Garden, and interviews, features and more. And in the bagged mini-trade, the second half of epic space saga Mind Wars by Alan Hebden and Jesus Redondo, ripped from the pages of Starlord!
In Shops: Jun 26, 2019 The Oz Radback, 2140 AD. Legendary Mega-city skysurfer Marlon Shakespeare has retired to Oz, where he has been living a trouble-free life. But when he goes in pursuit of the mutants that kidnapped his friend Wally during a radstorm, the ageing skysurfer gets far more trouble than he bargained for! This book collects the latest adventure of Mega-City One's greatest skysurfer as well as several Judge Dredd stories also featuring the vibrant psychedelic art of Brendan McCarthy.
In Shops: Jun 12, 2019 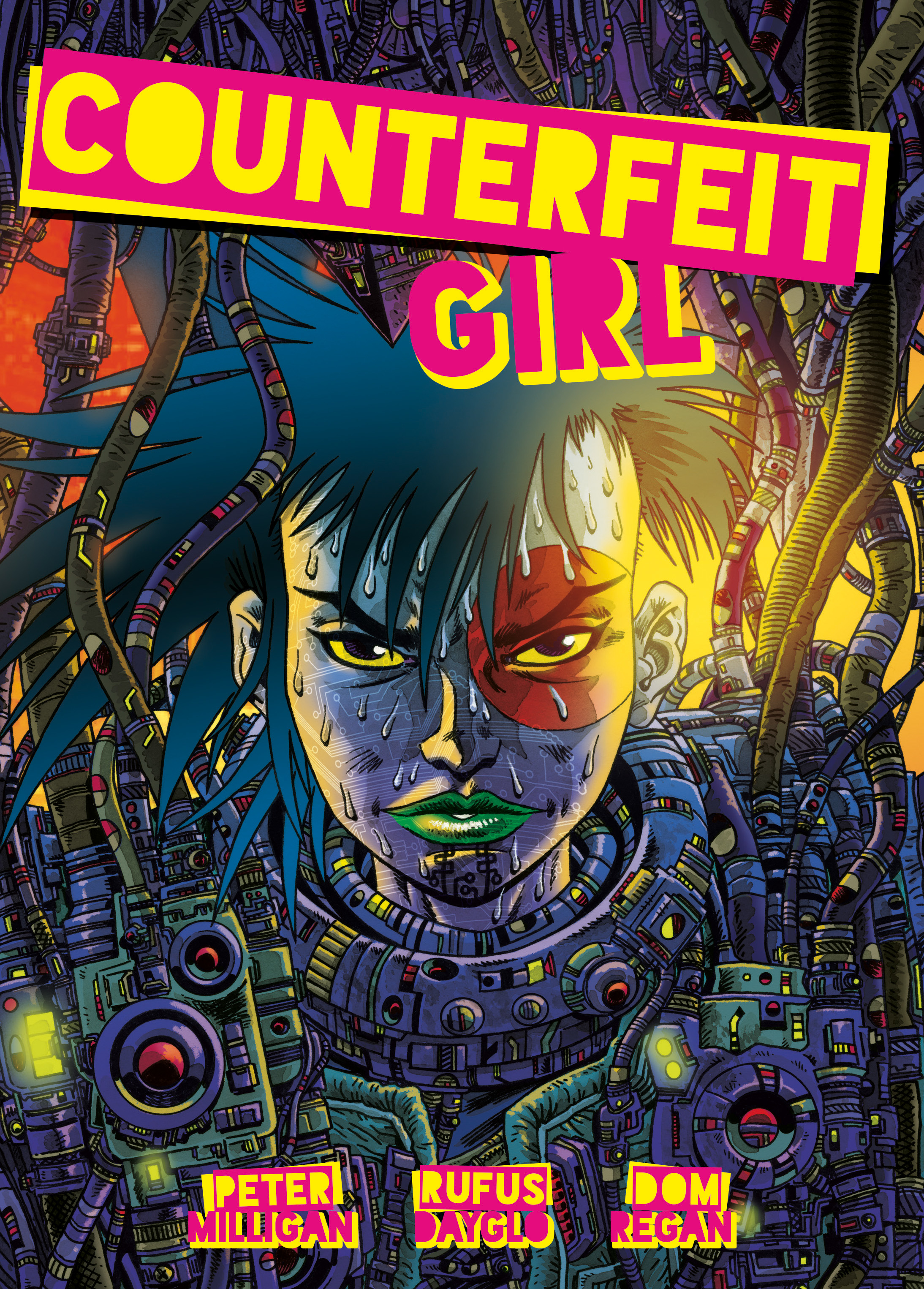 In a city ruled by the multinational corporations, identity is crucial; no one can get anywhere without being monitored, logged, and status-checked. Fortunately for some, if a new I.D. is needed, there are "simmers," backstreet I.D. thieves that can create new personas by stealing the identities of others. Libra Kelly is a simmer with an axe to grind, doing jobs that cause trouble for the corporations free of charge, but soon finds herself stuck with a terminally diseased I.D. and a price on her head!
In Shops: Jun 26, 2019 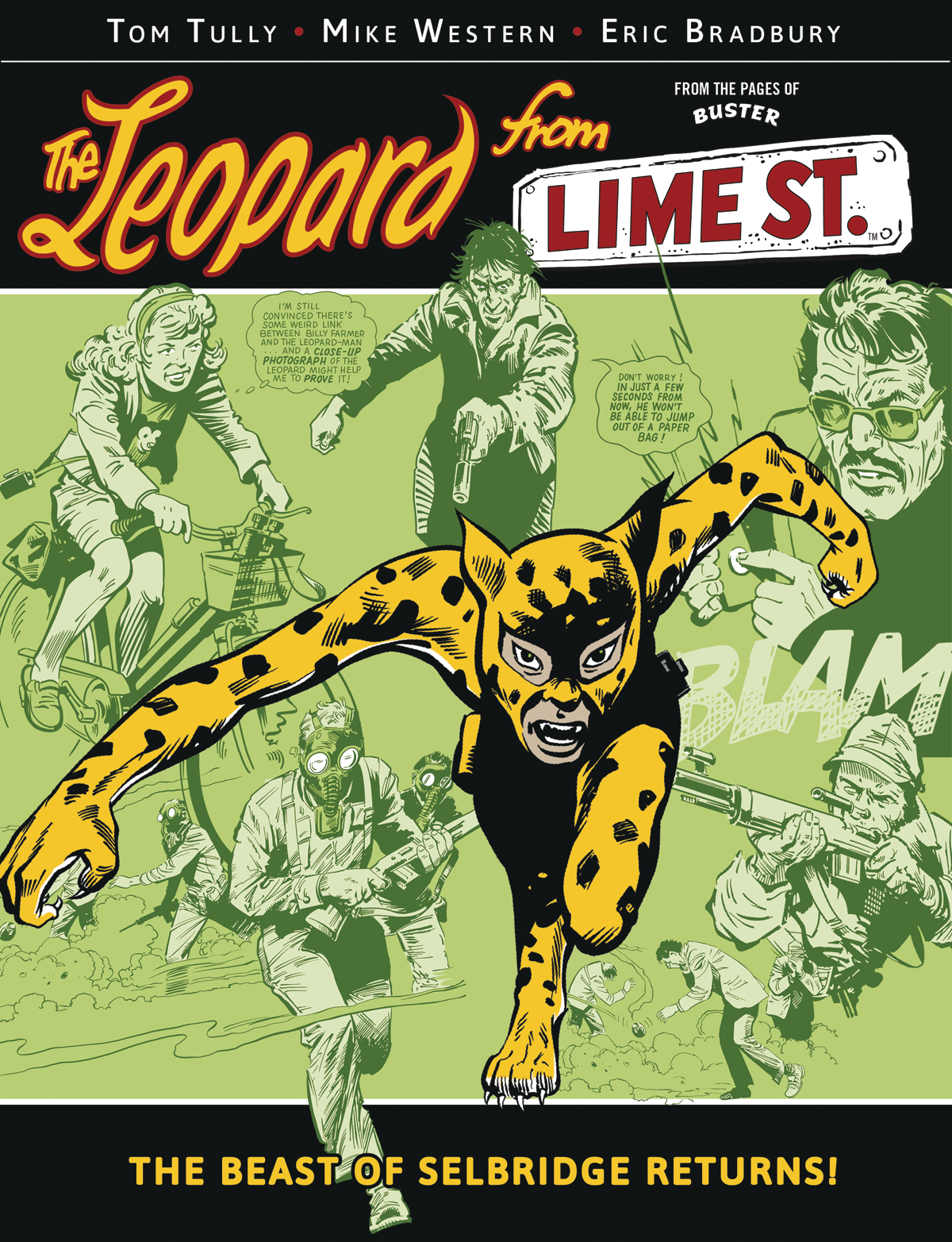 The "UK's answer to Spider-Man" returns in the second collection of this long lost classic from the hugely popular and long running Buster comic. After being scratched by a radioactive leopard, Billy Farmer discovered that he had somehow developed the powers of the mighty jungle cat. Life is getting tougher for Selbridge's premier crime-fighter. The criminals are getting tougher, his the local newspaper editor is out for his blood and now his new leopard skin costume is turning him into a savage beast! To make matters worse, a girl from his school suspects his true identity! Is this the end for the Leopard from Lime Street?
In Shops: Jun 19, 2019 The second 48 page stand-alone issue in the internationally best-selling series depicting the World War II Normandy landings on D-Day, June 6th 1944. This issue follows famed war photographer Robert Capa as he is attached to Easy Company during their assault on Omaha Beach, capturing sensational pictures during some of the bloodiest fighting of the entire Operation. Featuring artwork by DC Comics and Star Wars artist David Fabbri.
In Shops: Jun 26, 2019