So… who's going to ComicsPRO? Portland Oregon awaits for comic book retailers, publishers, distributors and the like to gather… and present. Here's a few who are chatty on social media about the whole. If anyone else wants to share something, e-mail me on richjohnston@bleedingcool.com.  And catch up with more #ComicsPRO coverage with this handy tag.

Dark Horse Comics has this exclusive sketch cover to Stranger Things: Into the Fire #1 for attendees by Kyle Lambert.

We're heading to ComicsPRO in Portland, OR this week where Retailers attending the event will receive an exclusive variant cover of our new series, Savage Bastards #1 by @VDelRey!
We look forward to seeing everyone in attendance! pic.twitter.com/zjqfWmPYHo

Heading to #comicspro today! Looking forward to hanging out with the finest retailers in the world and talking shop! @badideahello @DarkHorseComics @boomstudios

Hitting this early. I'm boarding a plane to ComicsPRO, but the guys are podcasting tonight. So any comic questions for them? pic.twitter.com/3ymKutmlXp

CEO and Publisher Bill Jemas will be at the show for AWA (Artists, Writers & Artisans) Studios' CEO and Publisher, Bill Jemas, will be in attendance at ComicsPRO throughout the weekend, and will be presenting on AWA's upcoming releases and their growing Retail Council during the Friday, February 21st breakfast. AWA will also be participating in Friday's Vendor Roundtables, and can be found in Grand Ballroom II. And yes, $250 credit for retailers who sign up to be charter members with AWA – and no further obligation.

Oh @comicspro attendees, these @jasonlatour suckers came out real swell and tasty like! Remember to hit the round-tables if you don't want to miss out pic.twitter.com/vnjuJeAp0O

So usually, when I do a local sales meeting, I bring restocks I know the store needs, plus a couple of extra boxes of trades and issues just in case. I drop off quite a few books but rarely TWO FULL DANG BOXES lol guess it'd been a bit longer than usual, @Phoenix_Comics 🙃😆😅 pic.twitter.com/mR7CpBH36e

Looking forward to Portland Beers and Foods and pals in 24 hours…! Any recommendations for the former two? 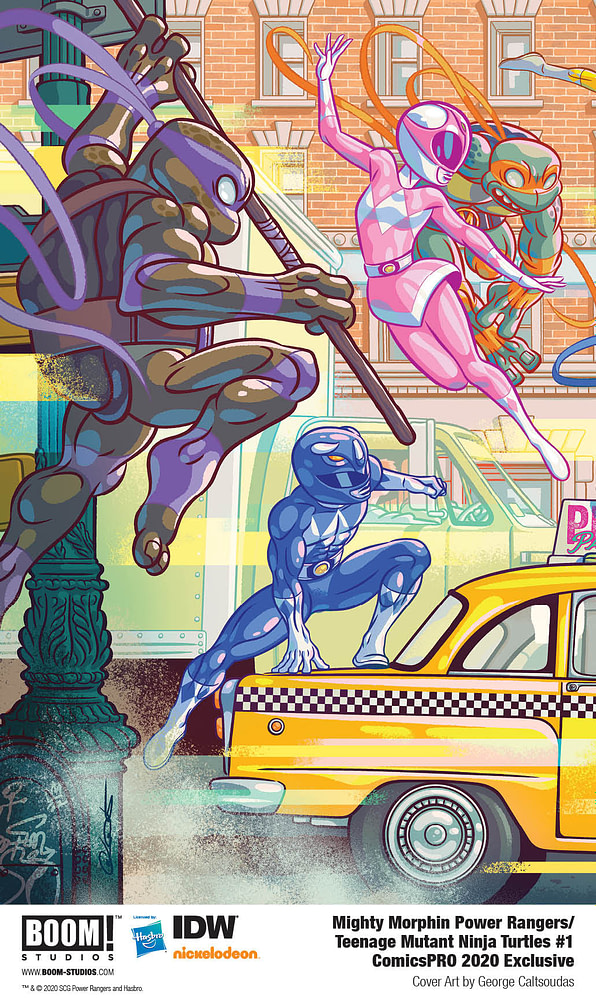 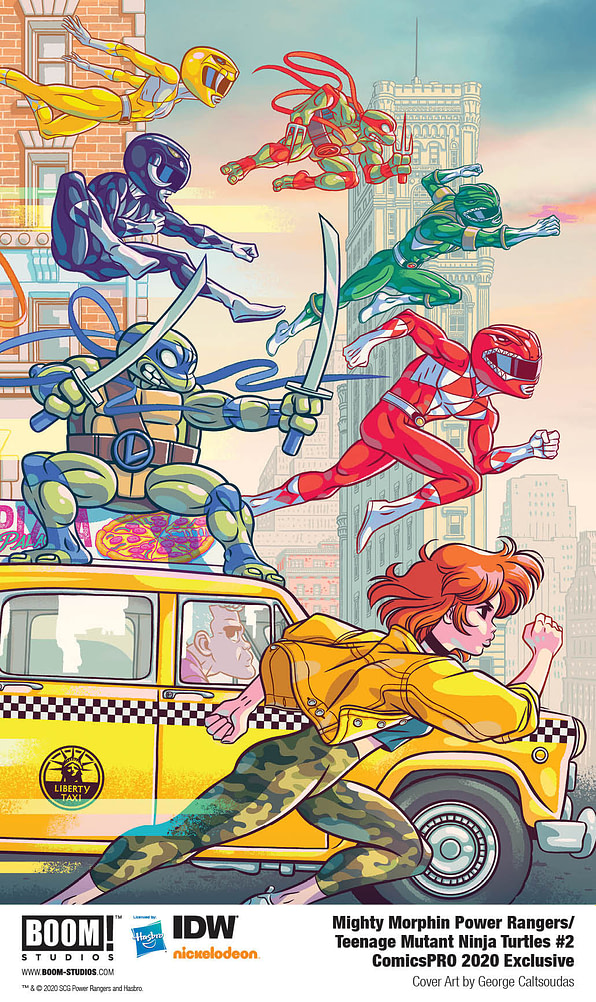 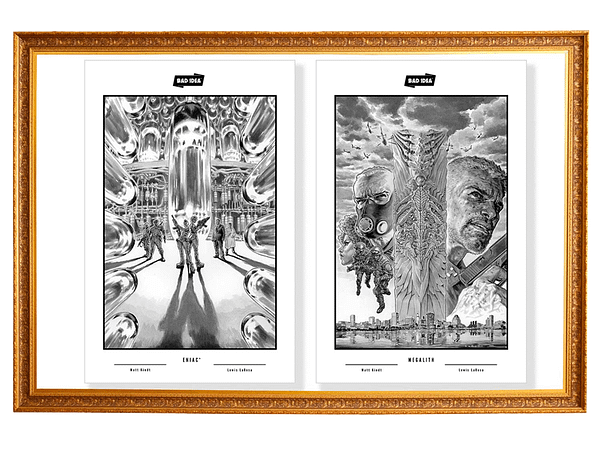 Kindt and LaRosa will be signing two lithographic art prints by Lewis LaRosa for Bad Idea's first two titles, Eniac #1 and Megalith #1 – promoting comics most of the retailers won't be able to order during the annual Comic Book Legal Defense Fund Charity Auction on Friday from 9pm. 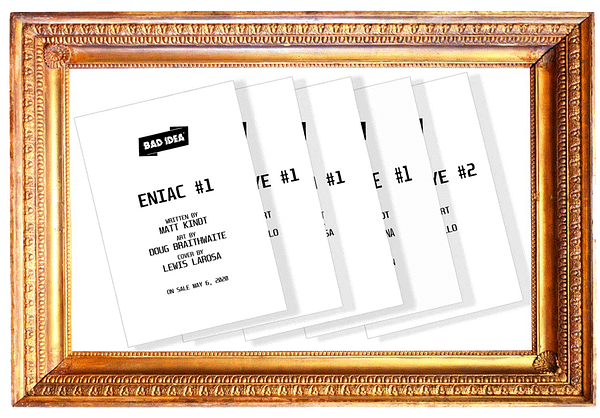 They will have twin roundtable sessions on Friday and Saturday for a special look forward at Bad Idea's first year of publishing with exclusive looks inside Eniac #1 and Megalith #1 and Odinn's… something. Where retailers can look at all the comics they won't be able to order. 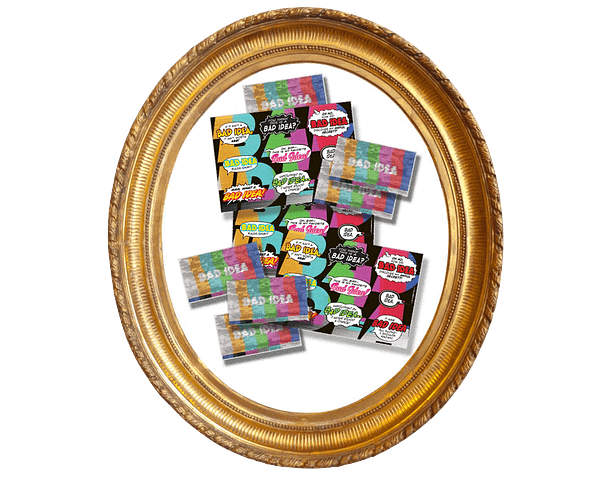 All retailers will receive a set of exclusive, Bad Idea "cover enhancement kits" which will transform comics from anyone into Bad Idea comics. Perfect for retailers not actually allowed to sell Bad Idea comics. Oh and stickers for laptops and luggage and stuff

And here's what's going down.

12:50pm – 1:10pmBreak (With Snacks)Grand Ballroom Foyer1:10pm – 1:35pmRoundtable Shuffle
Vendors Stay at their table.
Retailers go to any of the tables for extra conversation.

3:30 Pick up at Hilton Portland

First Look at Jackson Hyde as Aquaman: The Becoming, from DC Comics

Aquaman: The Becoming is the new series published by DC Comics in September that will see Jackson Hyde, known as Aqualad, become the new Aquaman of the DC

Bleeding Cool gets the word that British publisher Jonathan Cape has let go of their head of book design, Neil Bradford. Bradford had worked at the

Talia Al Ghul's pre-pandemic plans are only now being realized. We feel you, Talia! Check out this preview of Checkmate #1 from DC Comics.

Captain Harlock #1 is An Introduction for Nostalgic and New Readers

Kasha makes some good points about humanity and its ripeness for extinction in this preview of Silk #4, in stores Wedensday from Marvel Comics.

Wonder Woman may be a near-invulnerably super-powered warrior, but she's got no chance a guilt trip from good ol' mom in Wonder Woman Black & Gold #1.