Okay, so, I think there are going to be a lot of late comic books soon. The words is out that a number of publishers will be reducing their schedule for July and a number of books planned for April, May and June will be slip-sliding down the schedule as a result. But for some comics books, that is nothing new. DC Comics has a bunch of favourites in that field, from Shazam to Doom Patrol to Birds Of Prey to Legion Of Super-Heroes to Inferior Five to Batman Vs Ra's Al Ghul.

Marvel has a lot fewer of late, now that Fantastic Four, Captain America and Iron Man got back on track. But there is one title that is keeping everyone up. Spider-Man by JJ Abrams, Henry Abrams and Sara Pichelli. Spider-Man #4 was originally scheduled for December 11th but that date keeps getting pushed back and back. And it is now up for April 29th, four-and-a-half months late. And over four months since #4 was published.

Here are the solicitations for both issues: 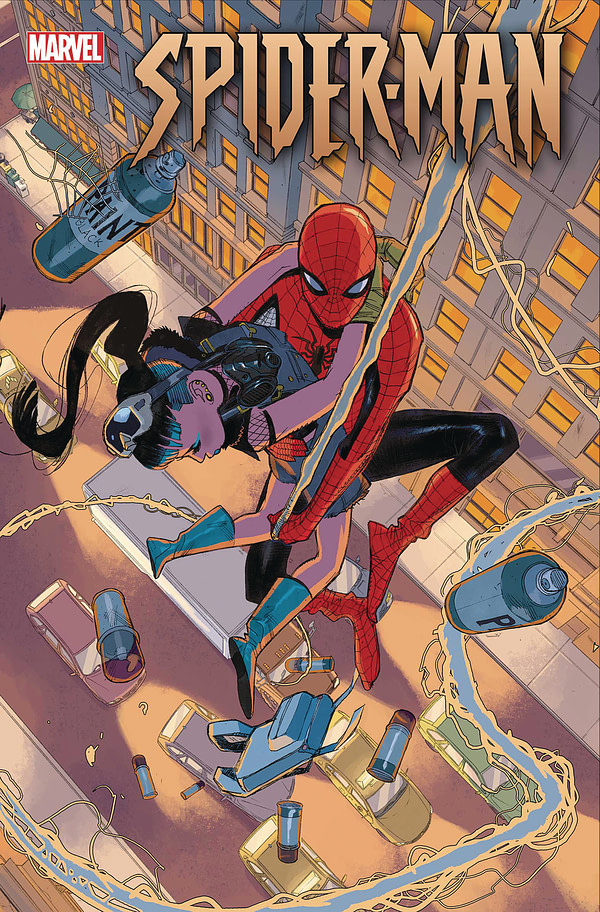 SPIDER-MAN #4 (OF 5)
(W) J. J. Abrams, Henry Abrams (A) Sara Pichelli (CA) Olivier Coipel
• Now that issue #1 is out, can we finally talk about this?
•  Ben Parker, the son of Peter and Mary Jane, has had a lot thrown at him the last few weeks.
•  Normal high school stuff: met the love of his life, stood up to a bully, found out his dad was Spider-Man and that he has powers, too, and the super-villain that changed everything is out to get him… Yep, normal high school stuff.
•  However, in ways that we can't really explain here, this issue turns all THAT onto its head.
SRP: $3.99 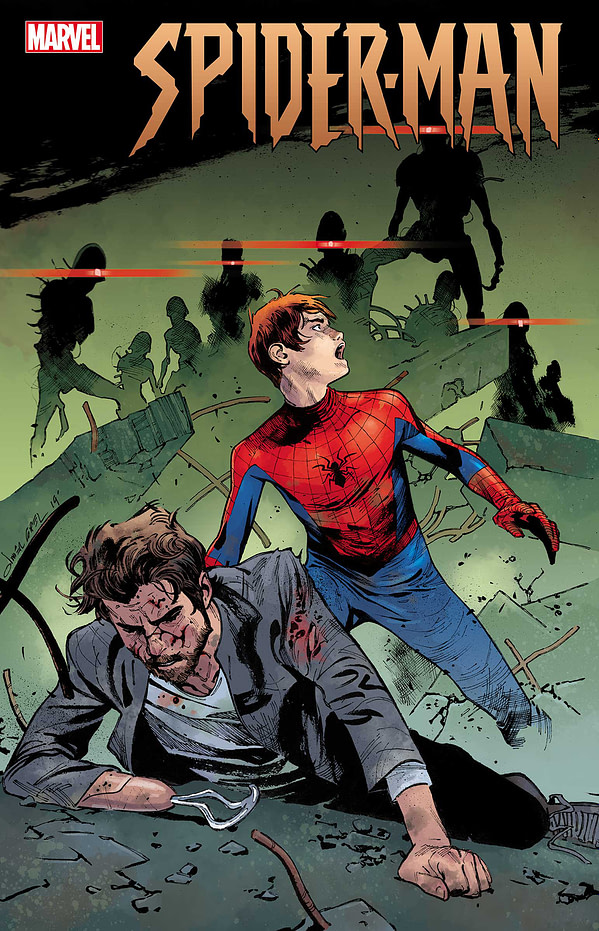 SPIDER-MAN #5 (OF 5)
(W) J. J. Abrams, Henry Abrams (A) Sara Pichelli (CA) Olivier Coipel
• Ben Parker and his dad are cornered and surely beaten.
•  Their allies that they thought could help them weren't enough.
•  The son of Mary Jane and Spider-Man has an unwinnable fight on his hands… have his absentee dad and dead mother taught him enough to know what Spider-Man does in these situations?
SRP: $3.99

When comic book retailers ordered the Teenage Mutant Ninja Turtles: The Last Ronin hardcover by Kevin Eastman and Peter Laird, they knew they had a

If you were the first person to buy the first issue of a Bad Idea comic book at a comic store, you got a Bad Idea First Customer Gold Pin. Since then

Hulk, Iron Fist and Spider-Man artist and creator of The One %, Kaare Andrews returns to the AWA comic book E-Ratic, for a new volume, now part of the AWA

The Debut & Origin of U.S. Jones in Wonderworld Comics #28, at Auction

An obscure Fox Feature Syndicate character who got his own title and fan club, U.S. Jones debuted in Wonderworld Comics #28.

In this preview of Harley Quinn #16, it's revealed that the secret origin of new villain Verdict... is Harley's bad singing!

In this preview of Sabretooth #4, in stores Wednesday from Marvel Comics, the titular Sabretooth finds himself made suddenly rigid.

Jason Todd leads his team directly into a trap in this preview of Task Force Z #9, in stores Tuesday from DC Comics.

It doesn't matter what Wolverine is going through or when, as inthis preview of Wolverine: Patch #3, he always has time to pine for Jean.