Two years ago at San Diego Comic-Con, Marvel CCO Joe Quesada gave a first look at Sword Master and Aero, two new Chinese superhero comic books created with NetEase and Marvel Comics. These comics will be published in East Asian territories first on 163.com before coming to the USA. 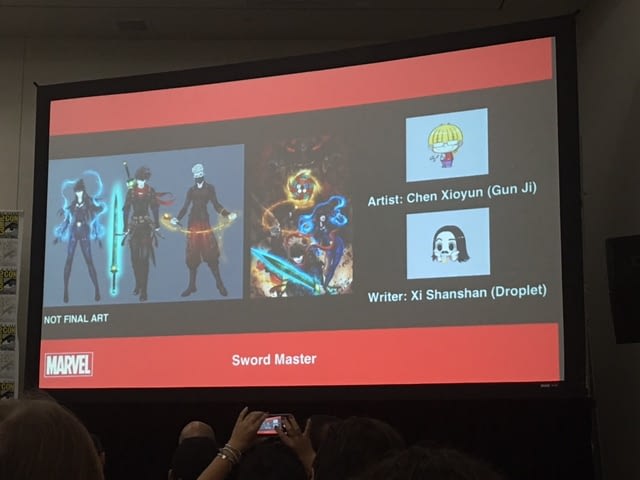 With titles edited by Mark Paniccia and with entirely Asian creators. 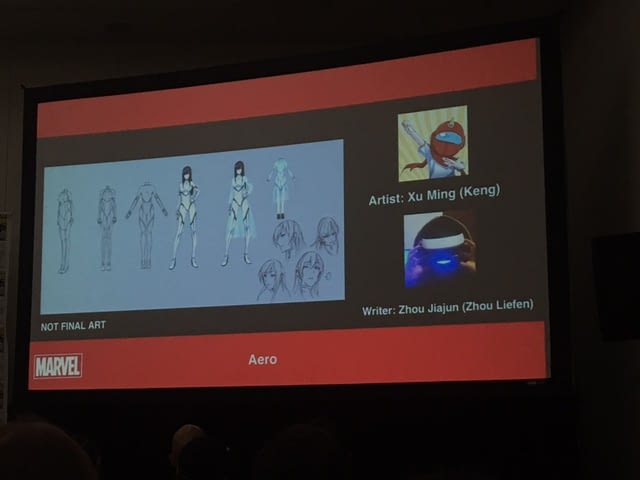 The characters Sword-Master and Aero have been promised to appear in the upcoming Marvel Comics event The War of the Realms.

War of the Realms: New Agents of Atlas by Greg Pak and Gang-Hyuk Lim has S.H.I.E.L.D. agent Jimmy Woo form a new incarnation of the Agents of Atlas to defend Asia from the dark elf's ally, Sindr, Queen of Muspelheim. Joining Shang-Chi, Silk and Amadeus Cho, the miniseries adds Marvel gaming characters Crescent and Luna Snow from Future Fight and White Fox from Contest of Champions, and new Philippines character Wave.

And alongside them, Aero and Sword Master.

But that seems not to be all. In July, Marvel will be publishing new series for each character – one for Sword Master, one for Aero. This will be a mixture of all new material written by Greg Pak and a repurposing and translation of the Chinese comic books…

But look for them both in July.

And just as DC Comics has tied in promotions with Mars, including Snickers and Twix promotions, could this give Marvel Comics an in with Nestle?

It would work for me… here's a brief look inside the pages.