Earlier this week, Bleeding Cool reported on four of the Mark Bagley Absolute Carnage #1 inside cover sketches. Well, someone is trying to sell theirs on eBay with an opening bid of $4000, a fifth revealed inside cover sketch number 5.

And here is a sixth, number 18, bought from Alter Ego Comics in Lima, Ohio. 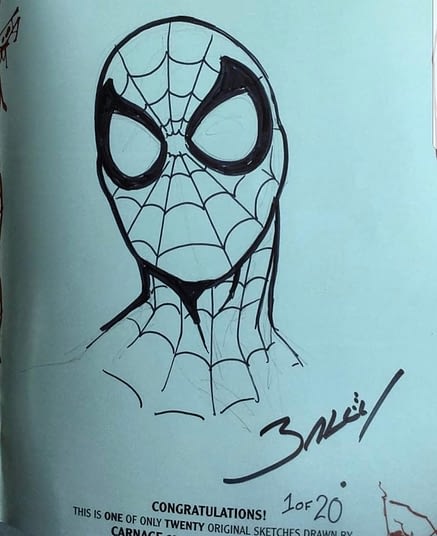 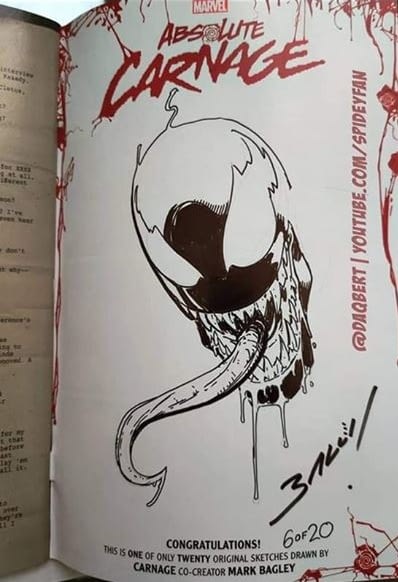 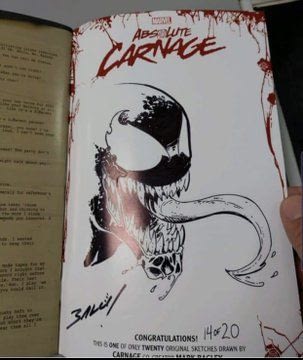 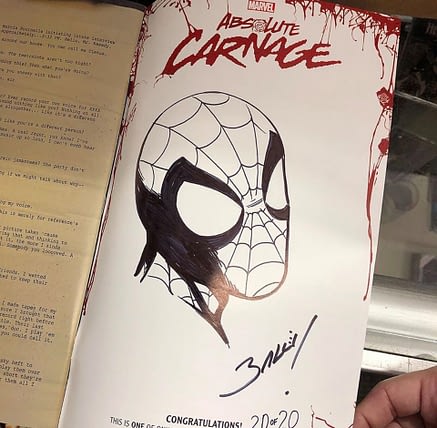 ABSOLUTE CARNAGE #1 (OF 5) AC
(W) Donny Cates (A/CA) Ryan Stegman, J. P. Mayer
After turning Venom's world upside down a year ago, DONNY CATES and RYAN STEGMAN are about to put the Sinister Symbiote through hell again, only this time CARNAGE has come calling, and everyone who's ever worn a symbiote is dead in his sights! He's skirted the periphery of the Marvel Universe for months, but Cletus Kasady at last stands poised to make his grand return to New York in a blistering 60-PAGE story… and he wants to paint the town red!
Rated T+In Shops: Aug 07, 2019
SRP: $7.99