Twenty-five years of Bongo Comics later, it looks like it is all coming to an end with the 245th issue of Simpsons Comics being its last and Spongebob Comics going on hiatus with #85. 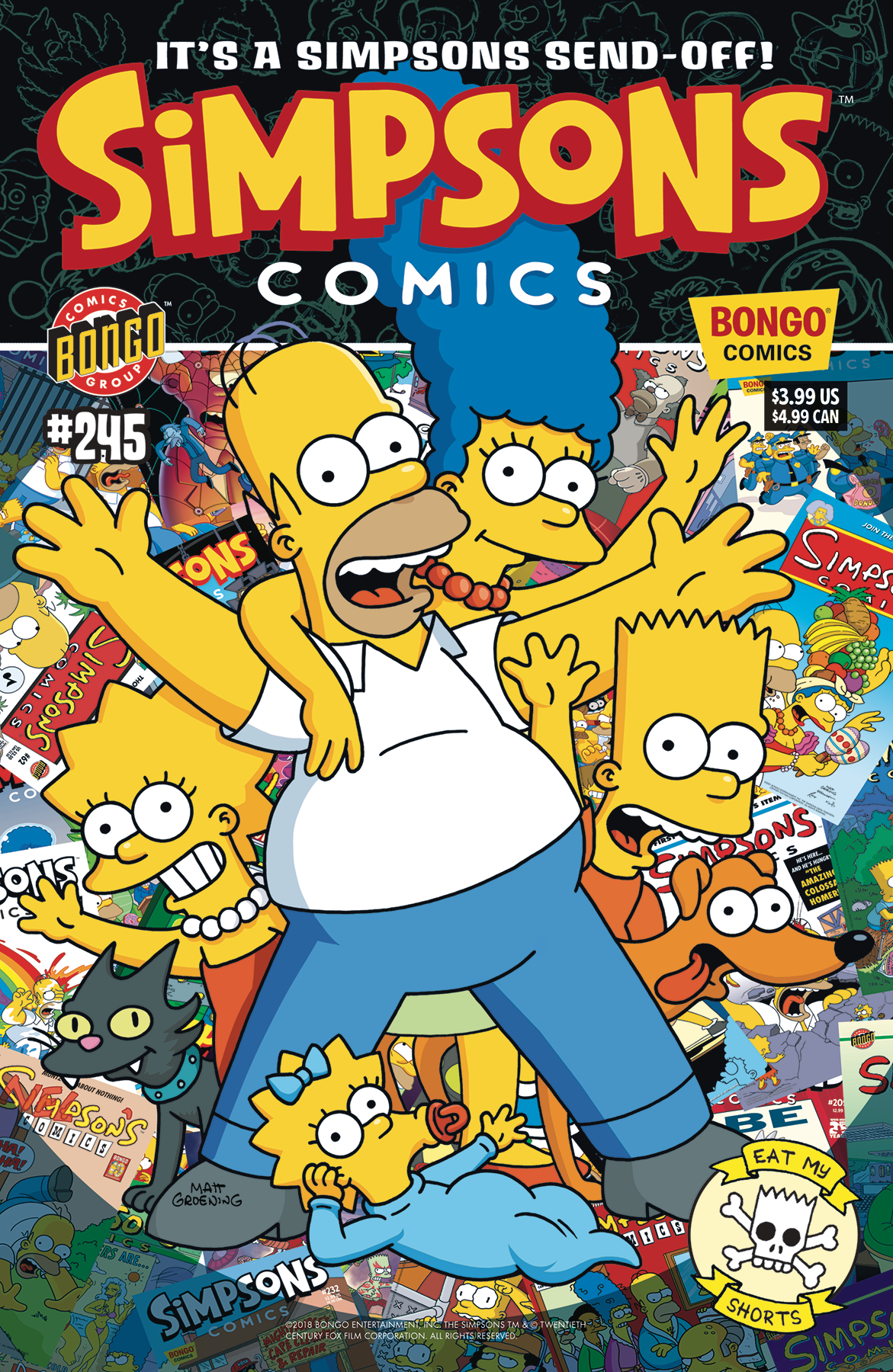 It's a Simpsons Comics send off! Join Bongo for the final issue of Simpsons Comics in a series finale that's been 25 years in the making! When Lisa brings home a lovable new pet from All Creatures Great and Small and Cheap, it seems like the perfect gift. But this new addition to the family turns out to be much more than anyone could have expected, and soon Springfield itself is in danger. Only one person can save the town from total disaster, but they're too busy taking a nap! It's a tale of twists, turns, irradiated missteps, and surprise cameos that will have your head spinning, bosom heaving, and wallet screaming to be emptied! A heartfelt series farewell from your pals at Bongo. We hate to say goodbye, so let's just leave it at "Smell ya later!"
In Shops: Oct 17, 2018 SRP: $3.99

United Plankton Pictures is taking an extended break, so issue #85 will be our last for a while. For now we present our 7th annual October assemblage of spooky submerged stories! In "Creature from Goo Lagoon," Graham Annable (Grickle, Boxtrolls, Puzzle Agent) writes and draws the tale of a lonely monster…who makes the mistake of kidnapping Patrick to keep him company! Then, in "Dutchman Went Down to Bikini Bottom," Derek Drymon and Jacob Chabot team to show how even selling his soul can't help Squidward's clarinet playing. And Bob Flynn brings vampires to Bikini Bottom. All this plus facts about the deepest depths of the sea-by Maris Wicks and SpongeFunnies by James Kochalka.
In Shops: Oct 17, 2018 SRP: $3.99

It made a splash when it was an exclusive DC Universe App launch last month. This month later it went to print, charted on the Bleeding Cool Bestseller

Last week, I talked about his launch of Gunslinger Spawn #1 which went to FOC last night. Todd McFarlane asked me which new comic book character launch in

The last time Gregg Katzman of Valiant Entertainment replied to an email from me was in September 2020. Since then, nothing. Which is a shame as there

Silenced Voices is a new YA graphic novel by Eisner-nominated and Miles Morales: Shockwaves artist Pablo Leon, about two sisters who find their way back

Today sees the publication of X-Men #3, X-Men: Onslaught Revolution #1, X-Corp #5, and X-Men Unlimited #4, as well as the final issue of Guardians Of The

Dark Horse Comic has unveiled a series of TFAW-exclusive David Mack variants for Critical Role: The Tales of Exandria -- The Bright Queen.

It made a splash when it was an exclusive DC Universe App launch last month. This month later it went to print, charted on the Bleeding Cool Bestseller

Last week, I talked about his launch of Gunslinger Spawn #1 which went to FOC last night. Todd McFarlane asked me which new comic book character launch in