Tom King had been talking about his big changed plans for Batman. That's before his planned run on the twice-monthly title from DC Comics was curtailed and truncated. He told The Hollywood Reporter,

I understand that Batman #73, the fourth part of The Fall And The Fallen, and clearly leading up to Batman #75 may give a major indication of what that big change is. Or at least a big change, whether it is *the* big change is still up for grabs. But it may be another lead in to making Bruce Wayne truly happy – and thus able to no longer be Batman. Or something…

BATMAN #73
(W) Tom King (A/CA) Mikel Janin, Jodie Bellaire
"The Fall and the Fallen" part four! Batman has been defeated by Bane's minions and chased out of Gotham. As a last-ditch effort to save his son from the lonely fate of being Batman, his father from another universe, Thomas Wayne, a.k.a. the Flashpoint Batman, is taking Bruce to the far ends of the Earth to try to give him the one thing that will cause him to give up crime-fighting for good. RATED T In Shops: Jun 19, 2019 SRP: $3.99 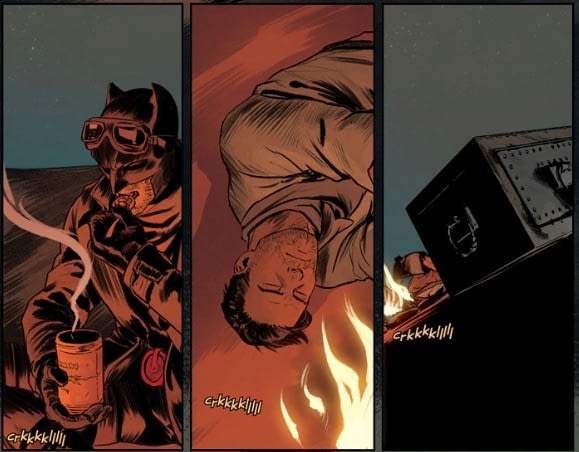