X-Men: Hellfire Gala #1 is an oversized choke point in the massive network of the line, or in other words: a jumping-on point. Luckily, this time around, the recap page is actually useful. Writer Gerry Duggan and at least four different pencillers are the principal creators behind the issue, and the result, art-wise, is a mixed bag. No one likes turning in pages they'll wince at seeing later on, and there's at least a couple of those in X-Men: Hellfire Gala #1.

But here we are. It's worth mentioning that for a dialogue-heavy issue that moves the plot forward and has new one-off designs for a cast of at least a dozen, if not two or three, the issue hardly ever lost my interest. Maybe it's a function of the setting that there's always something interesting for the characters to do in the location, but regardless, whether it's throwing dice at a gambling table or hanging from a branch, the issue was interesting visually. Speaking of which: A big panel of Clea Strange and Emma Frost in a moment between time and space that's the issue's highlight.

Something that did halt the flow of the issue was the inclusion of real-life celebrities. The inclusion of actual people who aren't politicians is a choice that has little upside and a large downside. That downside being there's now a non-zero chance the reader asks, "why is this person here" and ruins immersion. X-Men: Hellfire Gala #1 survives Jon Hamm's and Brian Posehn's inclusion, but it could've been avoided all the same. With a cursory knowledge of recent X-Men activity in the last couple of years, a reader can buy this issue and see the major throughlines of the story, and if they want to, come aboard.

NEW TEAM REVEALED! At last year's gala, mutants changed the face of the solar system, terraforming Mars and claiming it for mutantkind. Do you think you can afford to miss this year's gala, all contained in this one over-sized issue!? 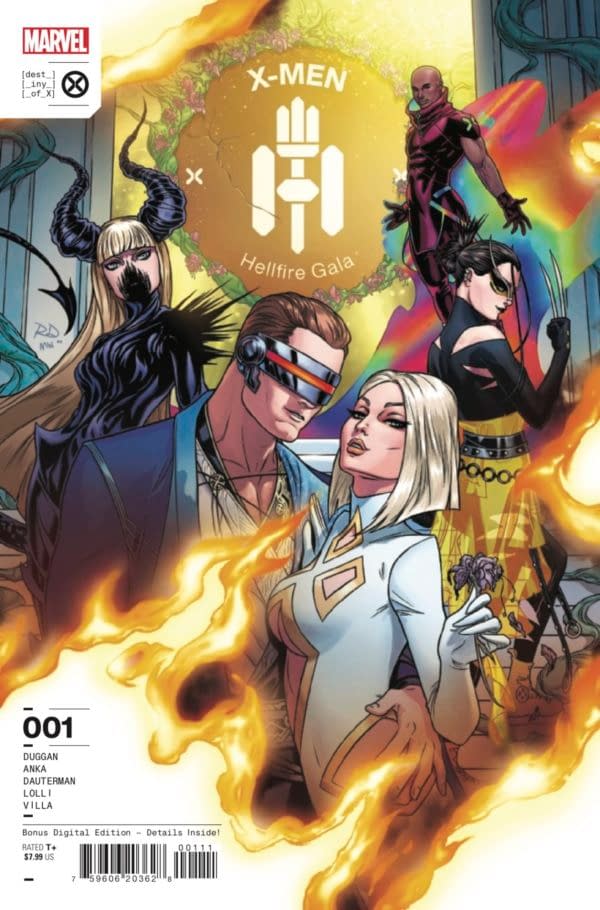 Mind MGMT: Bootleg #2 reunites the Crimson Flower team of Matt Kindt and Matt Lesniewski. In this issue, another recruit (this time in India) is brought aboard.