The idea of an Angel 20th anniversary reunion might be getting a bit closer to reality, with cast member J. August Richards keeping the dumpster fires of speculation burning by teasing fans with talk of "something" in the works for the milestone event. Known for his character Charles Gunn, Richards spoke with Comicbook.com, teasing fans of the WB's popular Buffy: The Vampire Slayer spinoff. 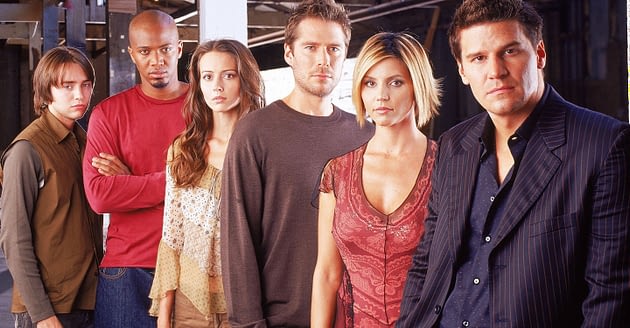 "I wanted to share as well that this summer, we have a really incredible Angel 20th reunion surprise coming and I can't say what it is, and I can't say any more about it, but I can say that you will not miss. You won't be able to miss it. It's going to be awesome. I'm really excited about that."

Richards joins series star David Boreanaz, who visited The Talk last month and had two very eye-opening and eyebrow-arching things to say about a possible return to the role:

"We're coming up on 20 years. I mean, that's amazing to have been blessed with a show like that and that's where I really started my gig — this acting world."

"I love that character. So, I will say there may be something coming up. I don't want to give away much. I can say, it's 20 years coming up this fall and we may have something in the works."

Realistically, the chances are slim that there will be a new series. Maybe a documentary? A special? Possibly an online/streaming miniseries? Possibly something involving the comics? Could we see the start of some audio drama adventures for the Buffyverse – much like Big Finish's Doctor Who audio dramas? What makes Richards and Boreanaz's comments that much more interesting are the various options available to bring something to the fans.

Sadie Sink discusses Max's fate at the end of Netflix's Stranger Things 4, what she knows (or doesn't know) about Season 5, and more.

Theory vs. Bobby Lashley US Title Rematch Set for SummerSlam

Theory will challenge Bobby Lashley in a rematch for the United States Championship he lost at Money in the Bank at SummerSlam on July 30th.

Our preview for tonight's NXT Great American Bash, where NXT Champion Bron Breakker will put his title on the line against Cameron Grimes.