There's a lot to unpack from the pilot of the Bill Lawrence reboot of the ABC series Head of the Class on HBO Max. First, the only way you can really compare it at this point since it is the pilot is that he's evoking the Michael Elias and Rich Eustis-created series in a contemporary setting. So I don't really expect regular cameos from the original series cast outside of Robin Givens going in. That being said, we get equal establishment from the entire ensemble from Isabella Gomez's Alicia as the teacher to her students in Robin (Dior Goodjohn), Luke (Gavin Lewis), Miles (Adrian Matthew Escalona), Terrell (Brandon Severs), Makayla (Jolie Hoang-Rappaport), and Sarah (Katie Beth Hall).

The pilot does a wonderful job establishing both the faculty and students, which is a testament to the mastery of Lawrence. The key to the show's success is obviously predicated on the empathy of Gomez's character Alicia through not just the interactions she has with her students but also with her peer Elliot (Jorge Diaz) and her boss Principal Maris (Christa Miller), who is consistently on-brand here as with her previous roles on Lawrence's shows like Scrubs and Cougar Town.

One recurring theme that is a bit on the nose is Alicia's first topic to debate on to her class is cancel culture, which feels like Lawrence trying to step back and revisit the non-PC elements of Scrubs when he decided to remove the more controversial episodes from streaming rotation that found his white leads in blackface. Aside from addressing that 400 lb gorilla in the room, the biggest strength is utilizing the young cast, one that more than holds its own and that is a testament to the direction of Phill Lewis and writer Kelsey Murray.

Aside from the main arc of Alicia trying to establish a rapport with her students, the b-arc is a party her students are trying to get invited to that goes to show that no matter how witty and bright people can be, we're still very much social creatures. This is lamented in the relationship between Luke and Miles, which hits quite to the core when it comes to the need for acceptance. While it stumbles upon the usual high school clichés every now and then, it has tons of potential simply on the strength of how well it establishes its characters early on. One episode in and it's clear that HBO Max's Head of the Class is more than worth enrolling in for a full season. 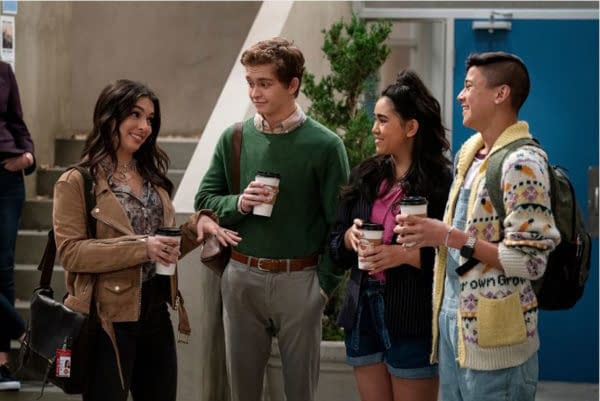