Netflix announced the rest of its 2020 slate of exclusive anime series – including Dragon's Dogma, SPRIGGAN, and Vampire in the Garden – with a little background on what viewers can expect when they debut next year.

Dragon's Dogma is an adaptation of the popular Capcom high fantasy role-playing video game where your player character has to hunt a dragon that stole your heart – literally – and you assemble a party of adventurers from other dimensions who serve as pretty much your slaves as you hunt the dragon to get your heart back and prevent the prophesied end of the world, as you do.

"Netflix aims to be the most compelling and attractive home for anime fans, creators and production studios. We are creating an environment where production houses can do their best work, and deliver their shows on a service where we connect anime fans from over 190 countries to content they love."

"Sublimation team has long dreamt of working on our own title. We have oftentimes worked with partner studios to create partial CGI portions within a given title, so we feel very fortunate to work with Netflix through this production line deal. We're excited to bring our unique cel shaded animation that carries hand-drawn textures to anime fans around the world." 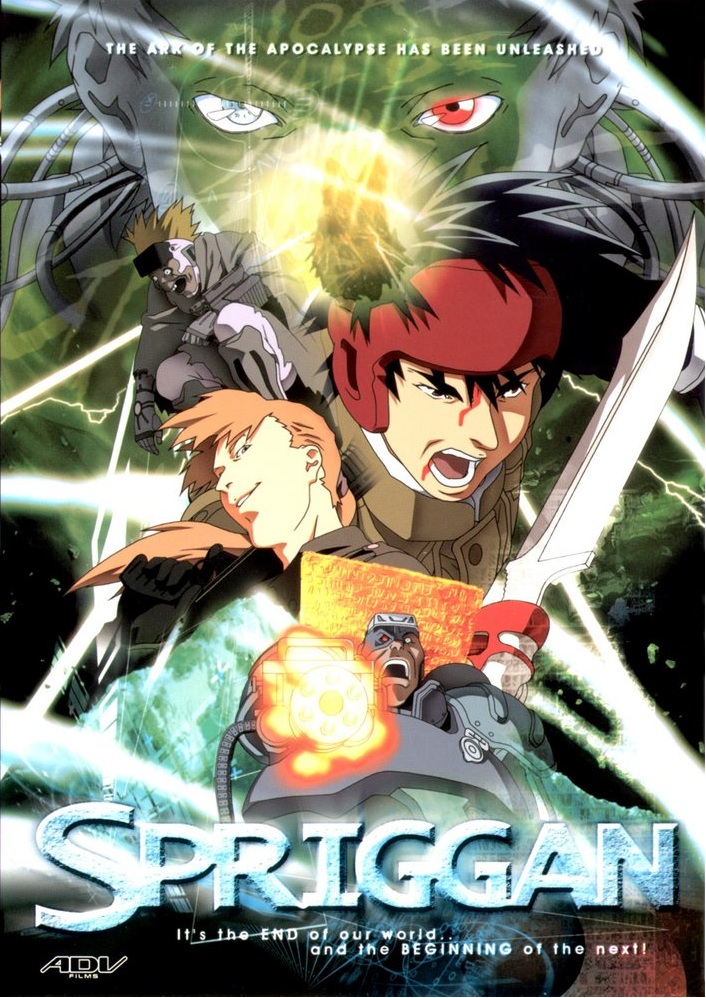 Spriggan is a new adaptation of the 1989 manga series from Hiroshi Takashige and Ryoji Minagawa. A science fiction action thriller about students who were really covert operatives and enhanced supersoldiers fighting a covert war to stop an enemy faction from using mysterious artefacts as weapons, the manga was originally published in English by Viz Media as Striker and had a video game spinoff and an anime movie back in 1998.

The slick new Netflix anime will be produced by David Production Inc.  The studio's president and CEO, Koji Kajita said,

"This deal opens us to story development for international audiences beyond Japan, as well as the chance to explore new technologies and creative expressions on a long-term basis. With this new opportunity, we are ready to devote our creative passion as a player in the Japanese anime production space."

Vampire in the Garden is the unknown factor here. An original anime series that's not an adaptation of a manga or light novel, from the slightly less well-known WIT STUDIO, which was originally an off-shoot of major studio Production I.G.The story is about a human girl and a vampire girl who become friends. At this point we have no idea if it's going to be a gentle story about friendship, a Yuri (lesbian love) story, a comedy, an action thriller or a mystery. We have no other information on the series, not even a piece of key art. However, since WIT STUDIO (capital letters are theirs) had previously worked on the Attack on Titan anime adaptations, we can probably expect a certain amount of quality in Vampire in the Garden.

The other three anime series on the 2020 slate are Ghost in the Shell: SAC_2045, Altered Carbon: Resleeved and an adaptation of Mark Millar's superpowered heist comic miniseries Super Crooks.

Doctor Who Crossover Thoughts: Steven Moffat & The Doctor As Fairytale

Looking back at the Doctor Who crossovers compiled here, we get a better sense of how Steven Moffat deconstructs the Doctor as a fairytale.

Uniqlo has announced that it will launch the SPY x FAMILY UT collection on Thursday, July 7th, in the United States. The collection celebrates the hugely

The Rising of the Shield Hero Season 2 finale will stream on Crunchyroll on June 29, with the English dubbed version streaming on July 29.