NXT Champion Bron Breakker has taken on all challengers in his young career and thus far has defeated them all, but never as Champion.  This will now change as Santos Escobar will take on the young powerhouse in his first title defense.  Will he remain the most dominant force in NXT?  Or will the numbers and tactics of Escobar and the rest of Legado del Fantasma be too much for him to overcome?  Let's take a look at NXT Vengeance Day and find out!

A very fun hardcore match here.  Both guys are very creative with their spots throughout and how they incorporate the weapons.  It's bloodless, of course, but there are plenty of visuals that will make you wince.

It all gets pretty exciting the longer it goes, with some well-timed kick-outs and near-falls.  In the end, Dunne beats the hell out of Tony D with a crowbar and hits him with a second Bitter End for the pinfall.

Next, we get a video package showing Raquel Gonzalez training Cora Jade for the upcoming Women's Dusty Cup Tournament.

A decent tag match here.  Nothing amazing, but it's fine.  Jayne and Dolin do a great job playing the heels here, using every little cheating tactic they can to eventually set up their double team move on Hartwell to get the pinfall.

We now go backstage to find Wendy Choo looking for a partner for the Dusty Cup Tournament.  This is all silly, but damn does Choo almost get it over.  She's so expressive and charming that this nonsense almost works.  If only they could stop with the stupid sleeping gimmick and just let her be a likable wrestler, they'd be golden.

Next, we see Grayson Waller arriving with some police cars as he promises to have LA Knight arrested tonight.

We now go to a bar for an absolutely nauseating segment with Briggs and Jensen.  This is as bad as it gets.  These guys are awful talkers, so why are they doing video segments with them?

And now we go to someone who is the polar opposite of those guys, as LA Knight hits the ring and is met there by Grayson Waller and some police officers, as Waller demands they arrest Knight for breaking his restraining order.  Waller plays a great whining heel here and Knight is just super over with the crowd and of course, kills it on the mic.  Knight turns the tables on Waller and shows that he broke his own order, so the cops leave, which allows Knight to beat the hell out of Waller.

Knight then sets up a match between him and Waller next week on NXT 2.0.  Knight comes off like Steve Austin here and hits every note perfectly.  WWE, come on?  Call this guy up now and let him run and you have a major star, I promise you.  Don't worry about his age; Austin was in his mid-30s when he broke through as Stone Cold.  LA Knight has that x-factor.  Make it happen!  Seriously, compare the two segments below:

We next go to the locker room to find Indi Hartwell and Persia Pirotta stewing over their loss tonight.  Hartwell runs off with Dexter Lumis, while Duke Hudson lures Pirotta off with him.

We then get a video promo from Tommaso Ciampa, where he threatens Dolph Ziggler and anyone from outside of NXT coming there looking for trouble.

A good match here with a lot of near-falls and twists.  It starts a bit slow but gets much better as it goes.  Eventually, Hayes hits the top rope Axe-Kick to Grimes to get the pinfall and retain.

We get a video of Kay Lee Ray teaching Io Shirai to tap into her anger and release it.

This one's fun.  It's action-packed and fast-paced from start to finish.  But it also feels too short and like it was cut for time a bit.  The ending feels a bit abrupt.  It's still fun enough though and eventually, the Creeds take it by double-teaming Carter for the pinfall.

We now get another embarrassing Nikkita Lyons hype video.  I've run out of jokes, which is timely because we learn she will debut on next week's NXT 2.0.  I should have more material ready by then.

Imperium is in the ring now and the Tag Team Champions threaten the Creed Brothers that they're not prepared to face them, while GUNTHER declares he's out for the NXT title.  They're interrupted by Solo Sikoa, who comes out full of piss and vinegar, looking for a fight with GUNTHER.

We now go to a backstage interview with Dolph Ziggler, who says he will destroy Tommaso Ciampa next week.

We next see Carmelo Hayes and Pete Dunne run into each other backstage, where Dunne congratulates him for still being North American Champion… for now.

A fine, but kind of predictable match here.  It was easy to see where everything was going in this one.  That doesn't make it bad and there is a moment where Ziggler runs in to Superkick Breakker and Escobar gets a near-fall that it looked for a moment like he was going to get it, but Breakker kicks out and Ciampa runs in to deal with Ziggler.  Breakker hits the Gorilla Press Slam to get the pinfall and retain in his first title defense.

And that's that for NXT Vengeance Day, which was a pretty solid show beginning to end.  There was nothing shocking or amazing here, but it was a fun night of wrestling and that's ok. 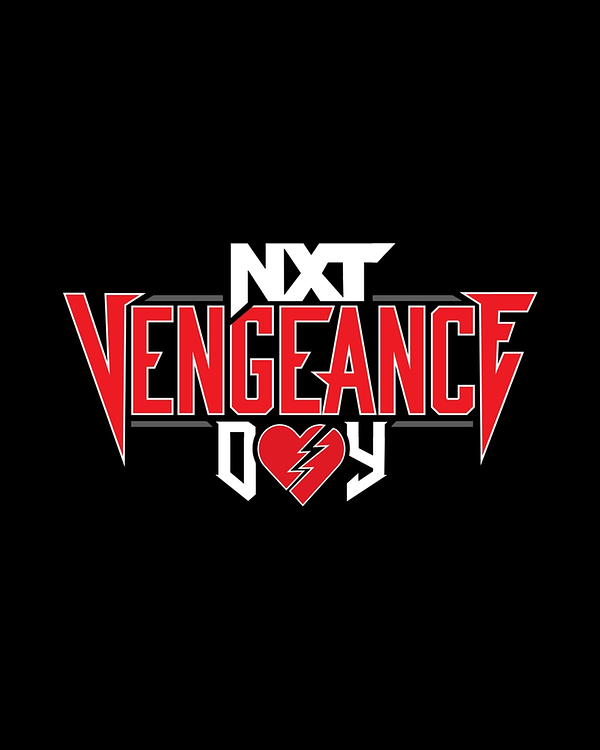 Review by Ryan Fassett
6.5/10
A decent night of wrestling for NXT and that's all that's needed for a pretty solid show. It wasn't the most memorable show, but it was fine and the night was dominated by matches, which always elevates the product.

The Last of Us: Offerman on Ellie/April from Parks and Rec Comparison

The Last of Us star Nick Offerman says Bella Ramsey's Ellie is to Bill as Aubrey Plaza's April was to Ron Swanson in Parks and Recreation.

Friends & colleagues from across the entertainment industry paid tribute to the late actress Annie Wersching, who passed away at age 45.

In honor of The Flash returning for a ninth & final season, CW18 Milwaukee released a poster honoring the Arrowverse series' first season.

With a new episode hitting on Tuesday, we have two previews & the official promo for ABC's The Rookie S05E14 "Death Sentence" to pass along.

2023 Royal Rumble Breaks All the Records According to WWE

WWE is calling the 2023 Royal Rumble the "highest-grossing and most-viewed Royal Rumble in company history," with merchandise and sponsorship up too.