It seems like with Peacock's Saved by the Bell, showrunner Tracey Wigfield has found a good reason why Mark-Paul Gosselaar doesn't dominate the Peacock reboot the way he did in the original NBC Saturday morning series. In the "immortal" words of Highlander, there could be only one…Morris. Let's face it, with Gosselaar's Zack and Mitchell Hoog playing his son Mac, there's a bit of an overlap where it certainly creates problems for the younger in the episode "The Substitute".

Zack, who was voted out as Governor of California, is finding out how boring life is becoming not working so he decides to become a substitute at his alma mater at Bayside High. Initially, it's a win-win for Mac before he finds out how big a shadow his father cast before him. The title is unrelated to the same episode title from the original NBC series. The second arc focused on Devante (Dexter Darden) trying to prove himself to Nadia (Mariah Iman Wilson) and her family. Problem is that he's intimidated by her rich family and has a chip on his shoulder when it comes to his independence even after DeVante reluctantly accepts a car from Nadia's father.

The theme of identity and prime becomes a point of contention between Mac and Devante to the point where they're desperately trying to get out of their situation. The earlier is trying to out-scheme the master with futility while the latter takes a job at the Max to try to repair body damage on the car. It definitely accentuates the way both characters carry themselves, providing teachable moments, and reminds us of the need for the new characters to grow. Zack needs to compliment Mac, not the other way around. It's one of the strongest efforts from Hoog and Darden so far from the series. Saved by the Bell is available to stream on Peacock.

Saved by the Bell Season 2 Episode 4 "The Substitute" 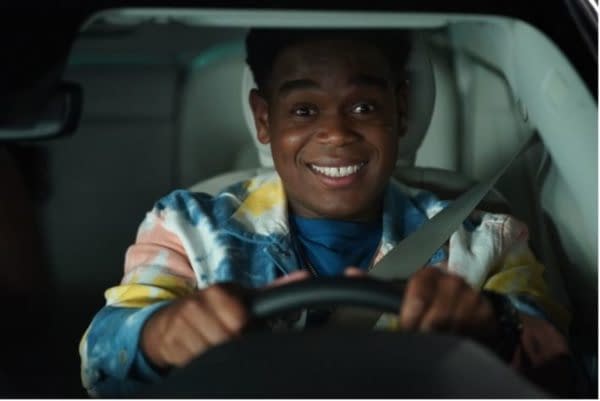 Review by Tom Chang
7.5/10
Dexter Darden and Mitchell Hoog shine in Peacock's Saved by the Bell Season 2 episode "The Substitute," having to prove to themselves that they can more than hold their own. Great job from director Trent O'Donnell and writer Amy-Jo Perry for giving the actors a chance to find their voices.
Credits
Director
Trent O'Donnell

Tobey Maguire breaks his silence on returning for Sony/Marvel Studios Spider-Man: No Way Home after a 14-year absence from the franchise.