Providence is a twelve-issue comic book limited series written by Alan Moore and illustrated by Jacen Burrows, published by Bleeding Cool's own publisher, Avatar Press from 2015 to 2017. Dubbed the "Watchmen Of Horror", it took the works of HP Lovecraft and recombined and recontextualised them into one extended narrative, working as both a prequel and sequel to Moore's previous HP Lovecraft-inspired stories Neonomicon and The Courtyard.

A hardcover collection was successfully crowdfunded, and now Avatar Press is bringing a paperback collection to comic book stores in June, in a 480-page $30 collection. And it is in the new Diamond Previews, on the cover of the Previews Order Form, and down the spine of the main catalogue itself,

Providence is a meditation on what true Horror is, not just jump-scares for fun. There are no jump-scares here, only an insidious reconfiguration of reality and how it will make the reader question reality after they finish reading. Reading the story at once instead of waiting for a new chapter every month is a more complete experience. Events and details that are introduced or foreshadowed early on become more apparent when they're paid off later.

Alan Moore believes that Horror is a philosophy and a worldview, not an amusement park or funhouse for safe scares. Lovecraftian horror has always been about helplessness in the wake of vast cosmic horror and loss of control. Hollywood Horror is about jump scares and gaining control to defeat the monster. HBO's Lovecraft Country is about African-Americans reclaiming agency and their own humanity and story, flaws and all, in horror storytelling.

Hollywood storytelling insists on not losing control. Hollywood's escapist storytelling model has always been about getting control and winning. Losing control is Hollywood's biggest fear. You could say that's America greatest fear in general, hence the insistence on hope and optimism. Europe is more fatalistic, even passive, especially the British. Providence is about acceptance of failure, of impotence, of helplessness, of submission to doom. That is true horror.

For Alan Moore, stories are Magick. Stories are a spell. They can alter reality. They can change how we perceive reality. Providence is a spell designed to make the reader question reality and how dangerous stories and dreams – the same thing when you think about it – can be. Alan Moore has retired from comics. Providence may be his last and biggest spell. 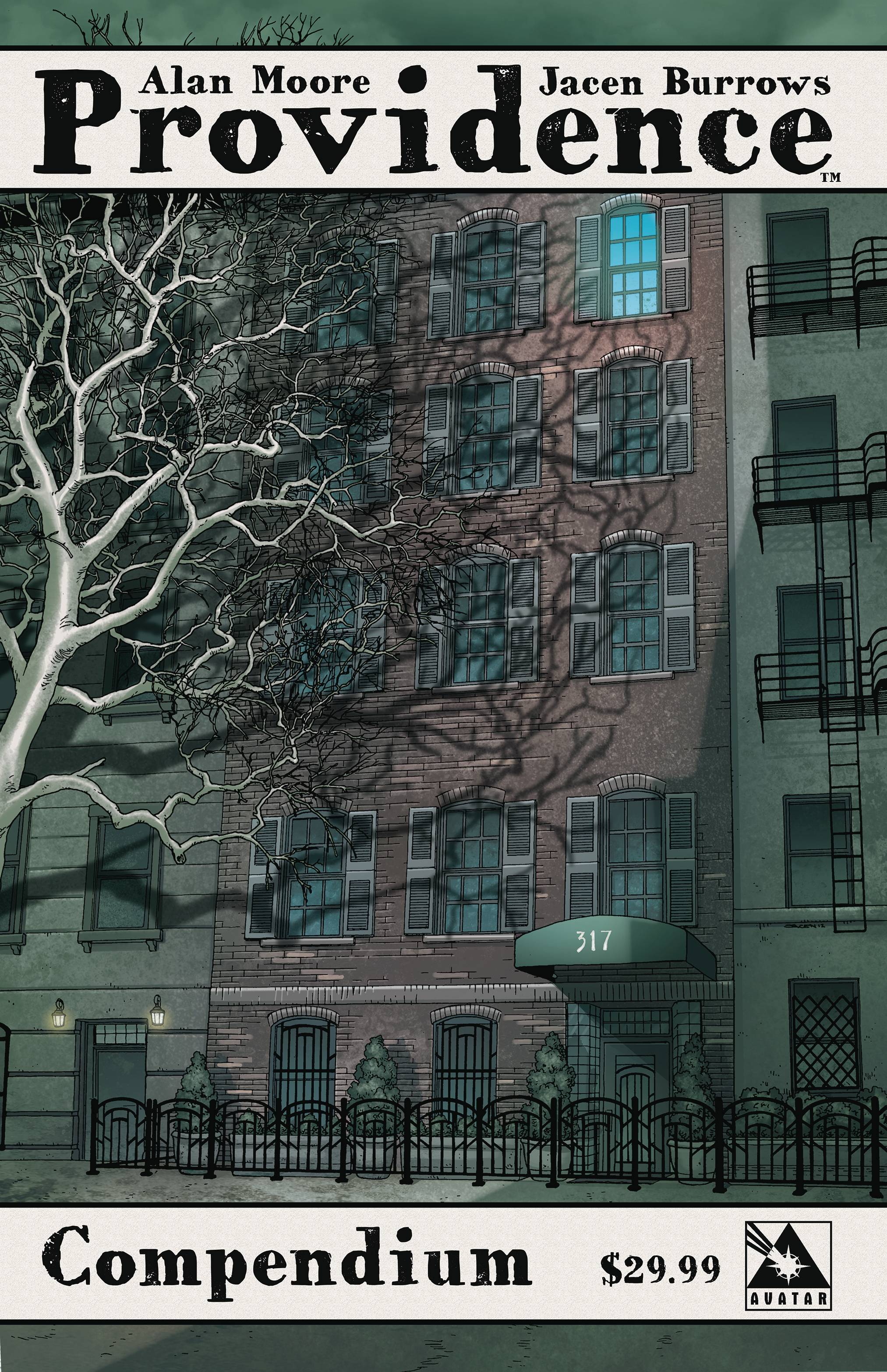 APR211449
(W) Alan Moore (A/CA) Jacen Burrows
Finally, the complete Alan Moore masterpiece in one 480 page tome – the PROVIDENCE COMPENDIUM! Providence is Alan Moore's quintessential horror series! In it, he weaves and reinvents the works of H.P. Lovecraft through historical events. It is both a sequel and prequel to Neonomicon. The PROVIDENCE COMPENDIUM is the complete series, all twelve issues by Alan Moore and Jacen Burrows, in one 480 page volume.
In Shops: Jun 30, 2021
SRP: $29.99