Here is the list of all titles being published for Thursday, December 26th. It's a small list. There are no ongoing DC Comics titles. But there is the East Of West finale. The Fight Club 3 finale. The Incoming Marvel one-shot. And the launch of Venom Island, Kill Lock and Doctor Strange: Surgeon Supreme. Oh and yes, I suppose, Spider-Ham. Take a look.

A small list, but a few belters amongst them. And all being held in the back of the comic shop in readiness for Boxing Day… or Longboxing Day as we should now call it. 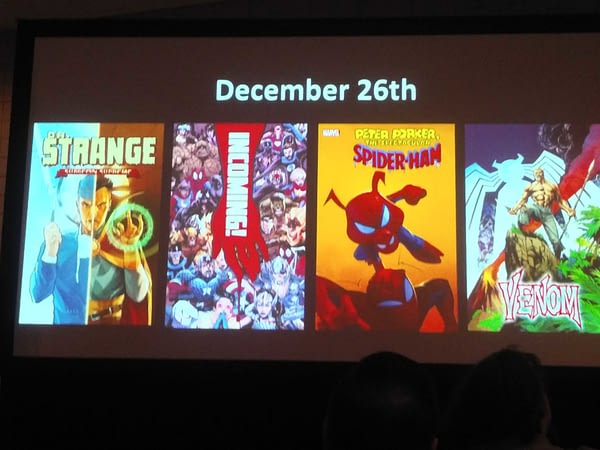