Home » Comics » Confirmed: The Venom Island of Venom #21 is The Same One From Amazing Spider-Man #347

Next week begins Venom Island storyline by Donny Cates and Mark Bagley, in Venom #21. This was the original tease. 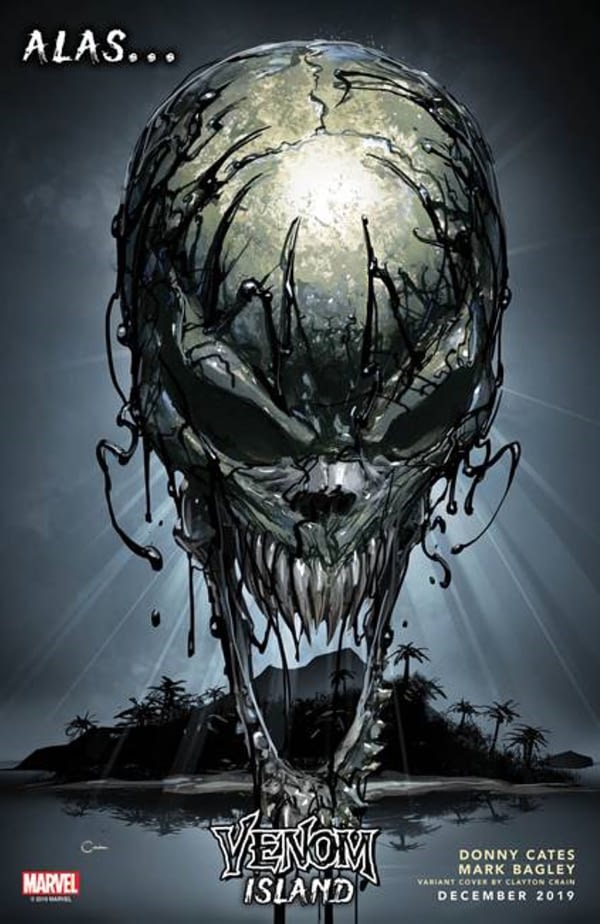 It was a reference to a classic cover – and storyline – by David Michelinie and Erik Larsen, from Amazing Spider-Man #347.

In that story, Venom kidnapped Spider-Man and took him to an abandoned mine of a tropical island, to be used as a hunting ground between the Spider and the symbiote, once and for all. with the intent to have a final battle without interruption. Mark Bagley as an artist will help bring a nineties flavour to Spider-Man, and Bleeding Cool can confirm that Venom Island is set on the very same island from ASM #347. But the battle, and the chase, is a very different one indeed.