A House On The Bayou is not the film you think you are about to watch when you hit play. That is evident within about five minutes, and the amount of tension built up by the time the whole picture comes into view is intense, and right when you are about to hop aboard and see where this wild film will take you, it pulls the rug out. The interesting road it was going to go down goes away, leaving you hanging in the worst way.

A House On The Bayou's Amount Of Twists Would Make M. Night Shyamalan Blush

A family heads to a house in the bayous of Louisiana to try and repair their crumbling relationships. While they are there, they welcome two strangers into their home that they soon realize they shouldn't have, and as their world unravels, their true intentions are revealed through many twists. So. Many. Twists. The problem with this film has nothing to do with the cast, as Angela Sarafyan, Paul Schneider, Lia McHugh, Jacob Lofland, and Doug Van Liew are all fantastic, especially Sarafyan and Lofland. Both do a good job carrying the film, while the others chew up the screen as well. Lofland's Jacob is menacing and magnetic for the first 2/3's of the runtime.

Where this one falls apart is in the script. I am all for playing with people's expectations and trying to stay one step ahead of the viewer, but when you throw 5 or 6 twists at an audience in less than 20 minutes, you are going to lose them. And that is what happens here; the story loses itself about halfway through and struggles to find its footing again. Because of that, A House On The Bayou has a tough time holding your attention the whole way through, especially when the violence starts. The slow burn reveal of the first half is so much more interesting and well-done; it makes you sad when it goes off the rails. The end feels very long and drawn out, almost like they felt like they had to spoon-feed it to you so that you will understand.

You have to trust your audience, and A House On The Bayou stops short of doing that. It is a shame, as the idea is great, the film makes the bayou feel alive, and the cast is game. Worth a watch, but in the end, you will wish they had lived up to the promise they made to you the first 45 minutes.

A House On The Bayou 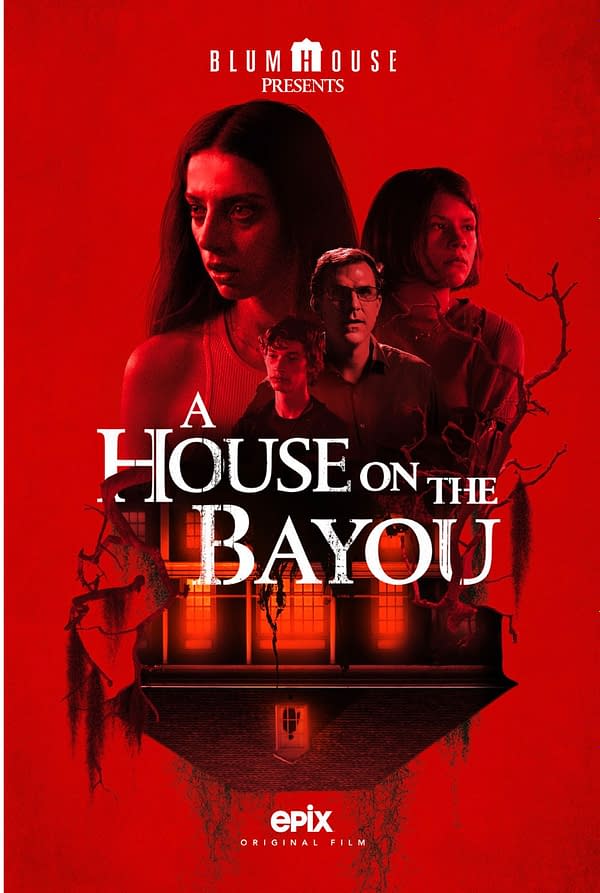 Review by Jeremy Konrad
5/10
A House On The Bayou fails to deliver on the promise the first half of the film provides.

The Question Returns In Charlton's Mysterious Suspense #1, at Auction

The Question is Steve Ditko at his best, and one of the best issues is taking bids at Heritage Auctions today.