Rosaline takes the infamous love story that we all know all too well and tells it from a fun, new point of view that is endearing and charming while poking fun at the source material itself.

Director: Karen Maine
Summary: A comedic retelling of Shakespeare's "Romeo and Juliet," told from the point of view of Romeo's jilted ex, Rosaline, the woman Romeo first claims to love before he falls for Juliet.

We all had to read Romeo and Juliet in either high school or college; that is just the way of the world. It's one of William Shakespeare's most infamous plays, and it has been adapted many different times in many unique ways. Rosaline does something a little different and tells the story from the point of view of Juliet's cousin, Rosaline, or the girl that Romeo was in love with before Juliet came along. She has long been reduced to nothing more than a plot device, which is when adaptations acknowledge her existence. It's a dynamic that is rarely explored; Romeo was doing the starcrossed lovers kept apart by squabbling families thing before he fell in love with Juliet. This adaptation adds a slightly modern twist to everything by changing up the way everyone is speaking, the flowery poetry of Shakespeare is quite literally poetry that Romeo is writing or when someone is being extremely dramatic, and instead, everyone speaks normally. It's Rosaline trying to break up Romeo and Juliet while also fighting off some feelings for her own would-be suitor.

Rosaline is a perfect streaming movie, and that is a statement made without any malice. This production probably wouldn't have been able to find a footing at the box office if it had been traditionally released. The cast is good, and there are some up-and-comers, and some of the older cast is played by bigger names. However, there isn't anyone here that is a box office draw, and it very much reads like a movie that would have gotten lost in the fray. However, most people have Hulu these days because it just makes sense to bundle your Disney+ subscription, and also, Prey and Hellraiser were much better than they had any right to be. On a streamer, Rosaline can find a place. This is a slumber party movie coming out at a time when [hopefully?] kids can safely stay at each other's houses again.

It moves along at a brisk pace without overstaying its welcome. This isn't just a retelling of Romeo and Juliet from someone standing on the sidelines; Rosaline has plenty of her own scenes that have nothing to do with either of the classic characters. The thing that is going to make the literature nerds happy are the moments that the movie acknowledges the, let's call them, "shortcomings" of the source material. There have been things about this play that people have been talking about for years, and this movie goes out of its way to address them. The best one is a mid-credits scene that won't be spoiled here, but it was amusing as a former English major.

The cast is very charming in all of their roles. Kaitlyn Denver continues to be one of the best young actors working today, and her comedic timing is fantastic. It's also good to see the often-overlooked Sean Teale in another project, and he does period work well [fans of Reign are already familiar with his work]. Kyle Allen is absolutely hysterical as Romeo is playing him as a combination of a massive theater kid and a jock who might be running on too few brain cells, depending on the time. Finally, it's also lovely to see Isabela Merced in another project. She has the perfect expression for someone who is wide-eyed and a little too innocent but also someone you just have to love.

That being said, it isn't perfect. While it is very good for streaming, and again that is not a bad thing; we need good movies on streaming, it is a little forgettable. There are some weird pacing issues in act two, where the film is trying to get the play and its story to line up properly, and sometimes it almost feels forced. While its commentary on the play is amusing, it's not exactly groundbreaking stuff either, and something that you probably said in passing to a friend when you were covering this in school.

Rosaline isn't going to change anyone's life or how people view Romeo and Juliet. It's a fun little movie with a charming cast that doesn't overstay its welcome. It shows up, does what it sets out to do, and then leaves in a pile of period clothing. If you already have a Hulu subscription, then this is absolutely worth your time. If you're still on the fence about Hulu, add it to the pile of half-decent movies on the service as a reason to sign up eventually. 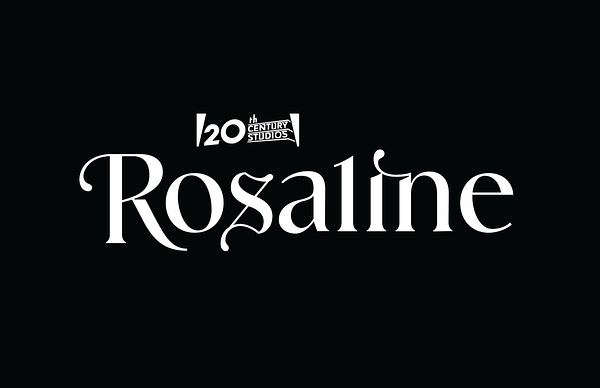 Review by Kaitlyn Booth
8/10
Rosaline takes the infamous love story that we all know all too well and tells it from a fun, new point of view that is endearing and charming while poking fun at the source material itself.

An LITG runaround the previous day on Bleeding Cool, who was reading what and when, as well as today's birthdays!