Thor: Love and Thunder does its best to be a follow-up to the breath of fresh air that was Thor: Ragnarok, but being a breath of fresh air twice is nearly impossible, and due to a lack of emotional connection within the story and characters, plus some baffling creative decisions, the entire movie feels redundant and restained.

Thor: Ragnarok was a movie that came along at just the right time. Marvel didn't seem to have a handle on the character of Thor in the movies quite yet, and the sequel, Thor: The Dark World, despite being important to the greater MCU, ended up on many "worst of" lists. The character and that corner of the Marvel universe needed a kick in the ass, and director Taika Waititi came along and did exactly that. The movie is considered one of the best in the MCU, so it wasn't surprising when Marvel announced they would try and make the lightning strike with Thor: Love and Thunder. However, this movie has run into a problem that has plagued other entries in the Marvel Cinematic Universe in that the spectacle of the revamp is no longer there. The film needed to amp up the emotional connection to the character to compensate but failed to do so.

The best example within the Marvel Universe of two movies pulling this off is Guardians of the Galaxy. The first movie was unlike anything we had ever seen before and kicked off an entirely new segment of Marvel storytelling. For the sequel, director and writer James Gunn kicked up the emotional connections between the characters to make it feel completely fresh and new. Elements like Yondu's funeral and everything between Gamora and Nebula were hard-hitting emotional moments that helped elevate the movie and made it still feel new despite having the same pluses and minuses as the first movie.

Thor: Love and Thunder is trying to do the same thing, the word "love" is literally in the title, so emotion is a focal point here, but the issue is the inevitable passage of time. Any moment we see between Jane and Thor can't feel as emotionally impactful because Thor: The Dark World came out in 2013, and that was the last time we saw these two characters interact. There are Marvel fans that grew up within the near-decade between these two movies, and that passage of time hurts any attempts for the connection between these characters to feel meaningful. So the exploration of "love" between these two characters, no matter what kind of love it ends up being, feels cheap and almost like it was added in at the last second. And that's because she kind of was; Waititi admitted that he didn't even know Jane would be in this movie until he sat down and began to work on the story.

So when all those emotional beats fail to land, it makes the rest of the movie feel a little redundant and oddly restrained. During the lead-up for this movie, much was made about how weird it all looks, and we got that feeling from the marketing as well. However, once the mandatory two credit scenes roll on by, you realize that this movie isn't even in the top five when it comes to weird things in the Marvel Universe. Much like there wasn't enough Madness in Multiverse of Madness, everything about Thor: Love and Thunder just feels like it is trying too hard to be cool and drawing attention to itself in a bad way.

Then there are the creative decisions that, unfortunately, we cannot get into because they require massive spoiler warnings. What can be said is that some of the decisions here are just baffling and start a very concerning pattern for the Marvel universe that they need to address and fast. Maybe it's just poor timing and the release schedule getting thrown out of wack, but this release schedule is drawing attention to some weird things happening on the sidelines. For those hoping that different forms of "love" would be explored within this movie because that is also something that has been hyped, expectations for that should be lowered to be as vague as possible. Thor: Love and Thunder might also feature one of the most blatant "THIS IS ONLY HERE TO SET UP FUTURE STUFF" scenes that we've seen in a long time. Some are going to argue that the scene reinforces a thematic point, but it's some of the most blatant worldbuilding we've seen in a while. Usually, Marvel is pretty good about keeping their worldbuilding to the sidelines, but this time it's incredibly obvious and jarring.

How does the cast fair in all of this? Christian Bale is criminally underutilized as Gorr, and we don't get nearly enough of him. He's a fascinating villain with such interesting motivations, but we don't get to spend enough time with him to sink our teeth into the character. That just makes the above-mentioned worldbuilding all the more egregious because it really feels like half of his scenes were left on the cutting room floor. The moments we do see of him are great, and he is really hamming it up for the camera. Tessa Thompson is doing her best to do something interesting with Valkyrie, but she is another character where it feels like most of her scenes ended up on the cutting room floor. She doesn't even have much of an arc at all, and Thor: Love and Thunder misses a massive opportunity to show more of her bromance with Jane.

Speaking of Natalie Portman, it's interesting that this is the movie that brought her back to Marvel after she was so vocal about Patty Jenkins being let go from Thor: The Dark World and her experience on that movie in general. She seems to be having a lot of fun here, and Jane's storyline is interesting. We learn a bit more about her past, but not nearly enough, and, once again, many of her scenes feel like they were left on the cutting room floor. Chris Hemsworth is clearly still having fun with the role, and he and Waititi seem to be working together extremely well both in front of and behind the camera. He's having a good time, which is obvious on screen, and his enthusiasm and comedic timing remain on point.

We've listed a lot of things that really don't work about this movie, so the question becomes, does Thor: Love and Thunder work at all? Kind of, and a spoiler-free pattern that is beginning to emerge from phase four is that all of these movies, save for Shang-Chi, are big giant hot messes. Black Widow was a mess, Eternals was a mess, 2/3's of Spider-Man: No Way Home was a mess, Doctor Strange in the Multiverse of Madness was a mess, and now this movie is a mess. There are good moments, and the moments that work really work, but overall, the entire thing just doesn't come together. Phase four of the Marvel universe seems to be crumbling under the weight of the expectations of the previous three phases, and that weight is coming through in these messy scripts that only work in pieces.

The pieces in Thor: Love and Thunder that work, work well, and some of those moments are likely going to end up at the top of some people's favorite MCU moments of all time. However, the lack of emotional connections between the characters makes this movie feel restrained and off-kilter. It's not unique, but it thinks it is, and there isn't anything more annoying than someone who thinks they are the most unique person in the room. Is Thor: Love and Thunder bad? No, not really, there are certainly more offensively terrible comic book movies, and one of them even came out this year. However, is Thor: Love and Thunder good? No, not really, and considering the weight of expectations people have for this movie and how much they loved Thor: Ragnarok, there is a decent chance people will be let down. We have one more Marvel movie this year; let's see if that one can break the ongoing trend of phase four by not being a mess. 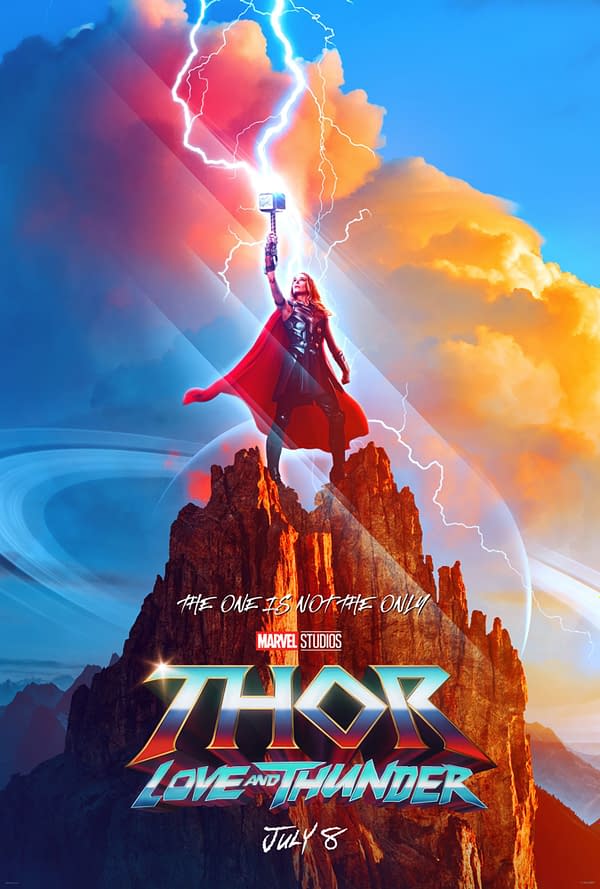 Review by Kaitlyn Booth
7/10
Thor: Love and Thunder tries to make the Ragnarok lightning strike twice, but the movie ends up feeling restrained due to the lack of genuinely emotional moments and some baffling creative decisions.