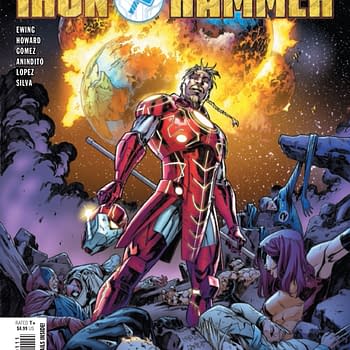 God dammit. This has really gone too far. But before we get into that, Secret Warps: Iron Hammer Annual #1 wants to take us back to plain old Iron Hammer for a flashback to the seminal story… Ok, you know what, we're back on board. SECRET WARPS IRON HAMMER ANNUAL #1 MAY190792 (W) Al Ewing, Tini Howard (A) Ario Anandito (A/CA)[...] 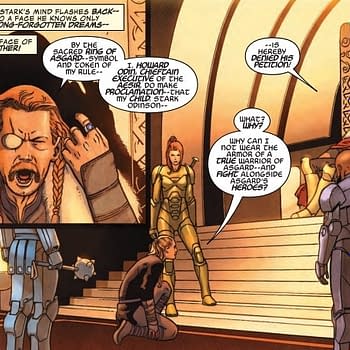 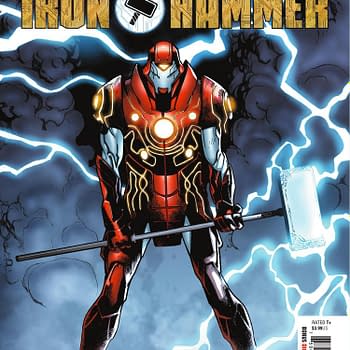 You Can't Touch This Preview of MC Iron Hammer #1

Marvel Comics, or MC for short, has released a preview of Iron Hammer #1, the latest in a neverending series of spinoffs from the Infinity Wars super-mega-crossover event, ripping off ideas from Chris Claremont's X-Men Forever This issue sees Iron Man mashed up with Thor to become Iron Hammer, a concept that is very legit[...] 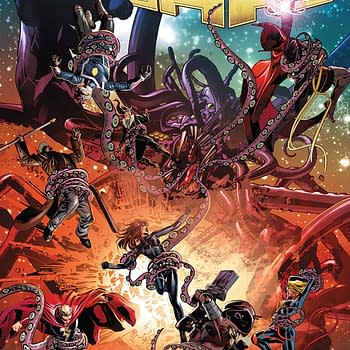 Admittedly, Iron Hammer and Aracknight look okay. Infinity Wars #3 art by Mike Deodato Jr and Frank Martin Mike Deodato Jr continues to provide good art that feels like it comes with a Faustian cost The paneling is still distracting and baffling There are moments where body posture and facial expression make little sense for the scene[...]