Earlier this week, we reported how FXX's It's Always Sunny in Philadelphia stars Charlie Day (Charlie), Glenn Howerton (Dennis) & Rob McElhenney (Mac) were rolling out The "Always Sunny" Podcast to offer the kind of creative and personal perspectives that fans have been asking for, starting with the first episode and covering every episode over the series' 14-season run as it heads into Season 15 next month. With the first three episodes now live ("The Gang Gets Racist," "Charlie Wants An Abortion" & "Underage Drinking: A National Concern"- you can find them here), we checked out the first episode to see if it lived up to its promise. Spoiler? It does.

Okay, so this was a tough one to judge because it depends on what you're looking to get out of it. If you're looking for an exhaustive & extensive examination of how "Charlie Wants An Abortion" came to be? Well, it's a bit lacking in that area as compared to the premiere episode. For example, while it was nice to hear a bit about what Spencer Daniels aka Tommy has been up to, I was surprised there was no mention of Heather Donahue aka Stacy Corvelli (especially with her The Blair Witch Project connection). But if you're interested in learning more about the show overall or looking for McElhenney, Howerton & Day to go off on rants that show why their humor works so well no matter how twisted it might get at times? You will enjoy the hell out of this one. I found myself laughing out loud three times (damn their Mad Men-like ad pitches for the cigarettes), and this is now the second episode where I've had to reconfirm to my roommate that they're not in character and that this is how they are when they get together. So what did we learn? Here's a look…

"Charlie Wants An Abortion": It looks like S01E02 was the second episode written and the third that was filmed that season (though they still sounded a bit shakey on that). While the trio didn't have high opinions of the first season overall in the last episode, McElhenney admits that this episode still holds up pretty well and started things rolling (though admitting that they were still fleshing out Kaitlin Olson's Dee). The scene where Tommy spits at Charlie wasn't known to the director so the director's reaction led to a discussion about when directors should stop filming when an injury happens (more on that in a minute). The episode also introduced Cormac Bluestone aka Jimmy Doyle, who would go on to compose music and score a number of episodes for the series (like "The Nightman Cometh"). Daniels would go on to appear in The Curious Case of Benjamin Button with Brad Pitt & Cate Blanchett (though apparently it's pronounced "Buh-TAHNS"). Finally, we learned that Olivia Munn was supposed to appear in the episode but she no-showed filming after being given the wrong information.

Everything Else: Okay, get ready to buckle up because there was a ton of ground covered:

If there was one thing the trip made clear in this episode, it's that they're still really not big fans of the show's name, "It's Always Sunny in Philadelphia." Yes, even going on their 15th season even though they begrudgingly acknowledge the theory that it's not being a good title is what makes it a good title for this show. In fact, they even put out a $200 bounty for anyone who could come up with a better title (with "Jerks" being a strong possibility) before settling on the name we've grown to love. Howerton teased having a list somewhere of the alternate names being considered (so stay tuned). That also brought up "It's Always Sunny on TV" and how the original pilot (where they were struggling actors) made sense having "Sunny" in the title. Howerton then shared the story of how hearing a-ha's "The Sun Always Shines on TV" inspired the title.

Howerton and Day make it clear that whether it's being spit in the face or breaking their arm, they want the director to get as much footage out of the scene as they can so that the sacrifice was worth it. The argument is that otherwise, you have an injured actor and no usable footage so no one wins and the sacrifice was in vain.

A quick reminder that if anyone still has a problem with S13E04 "Time's Up for the Gang" (like that "elevating" scene between Dee and Mac), they should contact writer, director & podcast producer Megan Ganz (Mythic Quest), making their reminder that she's a woman very clear.

Following up on the Munn story mentioned earlier, we also learned that Michael Madsen was supposed to appear in S06E11 "The Gang Gets Stranded in the Woods" in the trucker role that would eventually go to Tom Sizemore. Unfortunately, he no-showed the day of filming, with the team learning that Madsen had fled the country to Canada to allegedly avoid making some support payments.

And while we're happy to hear that McElhenney has moved on from the "cigarettes & coffee" diet he was on for so long that it created stomach pains, Howerton's constant tiredness & his wondering if he might have a "very minor case of bipolar" (or make that a "splash") has us a bit worried. Positive vibes heading his way.

Now here's a look back at the newest teaser for FXX's It's Always Sunny in Philadelphia, a previously-released teaser & the official trailer: 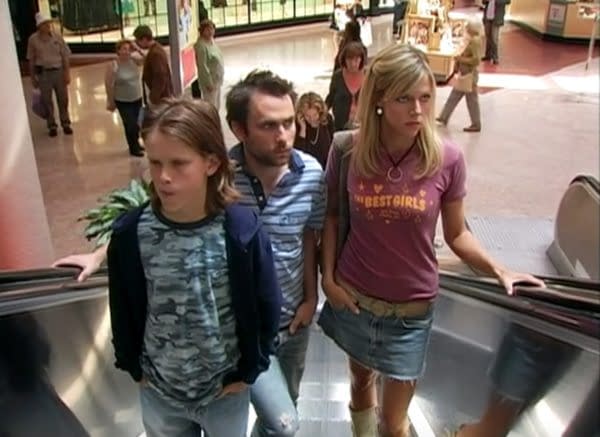 Review by Ray Flook
8/10
If you're looking for an exhaustive & extensive examination of how "Charlie Wants An Abortion" came to be? Well, this episode of The Always Sunny Podcast was a bit lacking as compared to the premiere episode. But if you're interested in learning more about It's Always Sunny in Philadelphia overall or looking for Rob McElhenney, Glenn Howerton & Charlie Day to go off on some quality rants that show why their humor works so well? You'll definitely enjoy the hell out of this one. I found myself laughing out loud three times (damn their "Mad Men"-like ad pitches for the cigarettes), and this is now the second episode where I've had to remind my roommate they're not in character and that this is how they are when they get together.

WWE Raw: Who Won the Poker Tournament and Other Important Results

Not much happened on WWE Raw this week as the company's creative team goes into winter hibernation ahead of the Royal Rumble.