As the clock continues ticking down (slowly) to the premiere of Amazon Prime Video's adaptation of Garth Ennis and Darick Robertson's comic book series The Boys on July 26th, one silver lining that we can pull out of all this waiting? It's given us time to do a little "homework" to get caught up on who the major players are in executive producer-showrunner Eric Kripke's upcoming series.

So far, we've gotten a glimpse at the marketing machine that is The Seven…wow! We've also gotten a look at The Homelander (Antony Starr), Annie aka Starlight (Erin Moriarty), aquatic hero The Deep (Chace Crawford), Amazonian-warrior Queen Maeve (Dominique McElligott), speedster A-Train (Jesse T. Usher), see-through hero Translucent (Alex Hassell) and brooding "dark knight" Black Noir (Nathan Mitchell). In a sense, for the first time we get to know them as individuals… as people.

Now it's time to meet a group who are clearly not fans of supes in general – and The Seven, specifically… 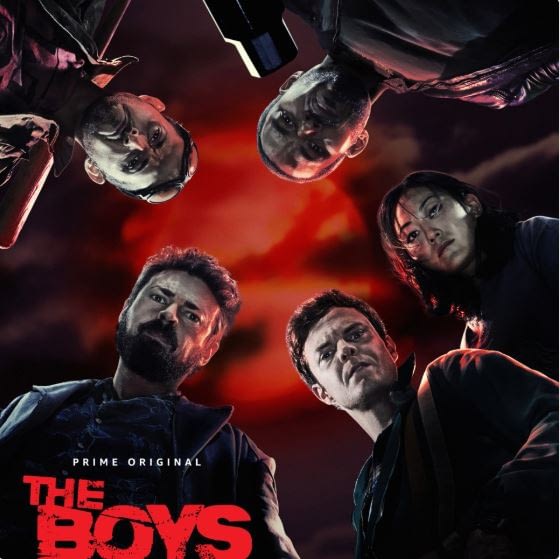 Now Here's a Look at Amazon Prime's 'The Boys'…

Here's a look at two recent teasers for The Boys, with the second being a particularly eye-opening, NSFW one:

The Three-Body Problem Ep. 15 is the goofiest episode of them all, but it features a whole country of people turned into a living computer.

Using the belts as a weapon while the referee wasn't looking, The Gunns defeated The Acclaimed to win the tag titles on AEW Dynamite.