Smackdown's latest lame-duck era kicked off this week with WWE Smackdown. The rosters of WWE have been shaken to their foundations, never to be the same again… but not for a few more weeks because WWE needs to fulfill their obligations to the government of Saudi Arabia.

WWE is a multi-billion dollar company, so you would think they would use, like, Google Calendar or something to manage their schedules. But no, WWE is so disorganized they have to sign the contracts for their matches live on WWE Smackdown, as Becky Lynch, Bianca Belair, and Sasha Banks tried to do in the opening segment. Unfortunately, in a turn of events no one could have possibly seen coming, the contract signing broke down into violence instead.

I wonder if this is only how WWE contract signings go when the wrestlers are involved, or all contracts. Like, when WWE and Fox are about to sign a TV rights deal, does Vince just suddenly demand an extra billion dollars and bodyslam Rupert Murdoch through a table?

Sami Zayn beat Rey Mysterio in the first round of the King of the Ring tournament after Dominik tried to help his dad by trying to prevent Sami from removing the turnbuckle pad but ended up distracting him instead. I'm not gonna hate on a match where WWE actually moved a coherent storyline along with Sami driving a wedge between Dominik and his dad just because it was boring.

Zelina Vega beat Toni Storm in the first round of the Queen's Crown tournament. This match only lasted two minutes as opposed to the ten-minute Mysterio/Zayn match because WWE doesn't believe men and women are equal.

Roman Reigns and fam came out for a promo. They meant to do it in the beginning of the show as usual but it took them that long to walk to the ring. The segment mostly consisted of Reigns making Paul Heyman grovel and then forcing him to cut a promo on Brock Lesnar to prove his loyalty.

Seth Rollins channeled his inner Karen and complained to management about Edge.

Kevin Owens pooped on the party of Happy Corbin and Madcap Moss, attacking them ahead of a promo segment, but they ended up getting the better of him because at some point in the near future, Owens will be going to AEW, and they're not going to make the Moxley mistake and let him get away without looking like a total chump.

Naomi channeled her inner Karen and complained to management, but this time, Sonya Deville granted Naomi a match with… Sonya Deville! Hey, at least they're trying with this storyline.

In another King of the Ring match which lasted ten minutes instead of two because it had men in it, and yet was equally as meaningless in the bigger picture, Finn Balor beat Cesaro with the Coup de Grace.

Sonya Deville and Adam Pearce convinced Becky Lynch to sign that contract from earlier. I'm telling you, WWE, maybe just outsource your HR or something.

Seth Rollins, growing continuously more frustrated by Edge's lack of response to Rollins invading his home last week, took to the ring to complain about it, but Edge showed up at the building with Smackdown almost over (again, they need a calendar) and, after eventually making his way to the ring, briefly attacked Rollins and challenged him to a Hell in a Cell match.

There were twenty-four minutes of wrestling on this show, tops, and twenty minutes of it went to two men's matches and four minutes to two women's matches. Luckily, all four of the matches were equally boring, so at least there's equality on some level. WWE should have booked the Draft for after Saudi Arabia, or maybe just booked Crown Jewel with the new rosters, but instead, we get this completely avoidable lame-duck show where WWE is once again killing time to get to their next big thing. 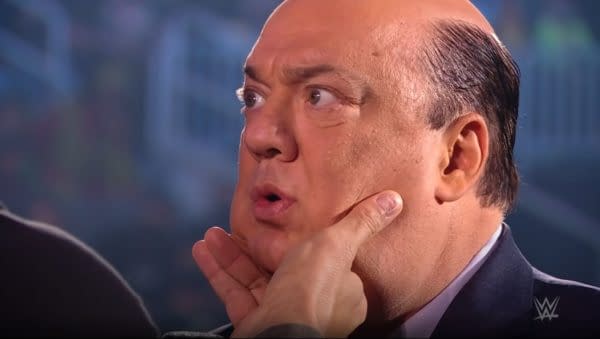 Review by Jude Terror
3/10
A lame-duck episode of WWE Smackdown featured two men's matches and two women's matches as part of the King of the Ring and Queen's Crown tournaments. The men's matches were four times as long as the women's matches, harkening back to an earlier era. None of the matches mattered anyway though, so at least things were equal in that regard.

AMC's Fear the Walking Dead Season 7 opener "The Beacon" may be the best opener of the series' run yet. How? By letting Strand be Strand.

What We Do in the Shadows S03E09 Preview: Nandor's Super-Slumber?!

In this preview for FX's What We Do in the Shadows, Colin celebrates a special birthday as Nandor heads into... a vampire super-slumber?!

FX on Hulu's adaptation of Brian K. Vaughan and Pia Guerra's comic book series Y: The Last Man will not be returning for a second season.

Amazon's The Wheel of Time cast honored Robert Jordan's birthday with some kind words and a look back at a special moment from Fall 2019.