Bleeding Cool already told you that Jason Aaron's final issue of Thor, originally solicited with Jason Aaron and Mike del Mundo as creators, would see a reunion with some of the artists he has worked with on the Thor comics and spinoffs, including Chris Burnham, Esad Ribic, Nicolas Pitarra, Olivier Coipel, Russell Dauterman and Steve Skroce.

Now we learn that there will be more, adding Aaron Kuder, Andrea Sorrentino and Gabriel H. Walta.

It should be quite the thing. Up for FOC this week. And published alongside DC Massive Week on the 18th December.

KING THOR #4 (OF 4)
(W) Jason Aaron (A) More (A/CA) Esad Ribic
THE FINAL CHAPTER OF THE YEARS-SPANNING, AWARD-WINNING SAGA!
The sun has gone black. Midgard isn't far behind. The entire Multiverse is dying – and with it, the last of the gods. A millennium ago, the God of Thunder heard a whisper: "Gorr was right." Now Gorr the God of God-Butchers ascends to his final murder: the All-Father of all existence. Plus, a who's who of Jason's past THOR collaborators and a few surprise guests help close out the story in thunderous style!
Rated T+In Shops: Dec 18, 2019 SRP: $5.99 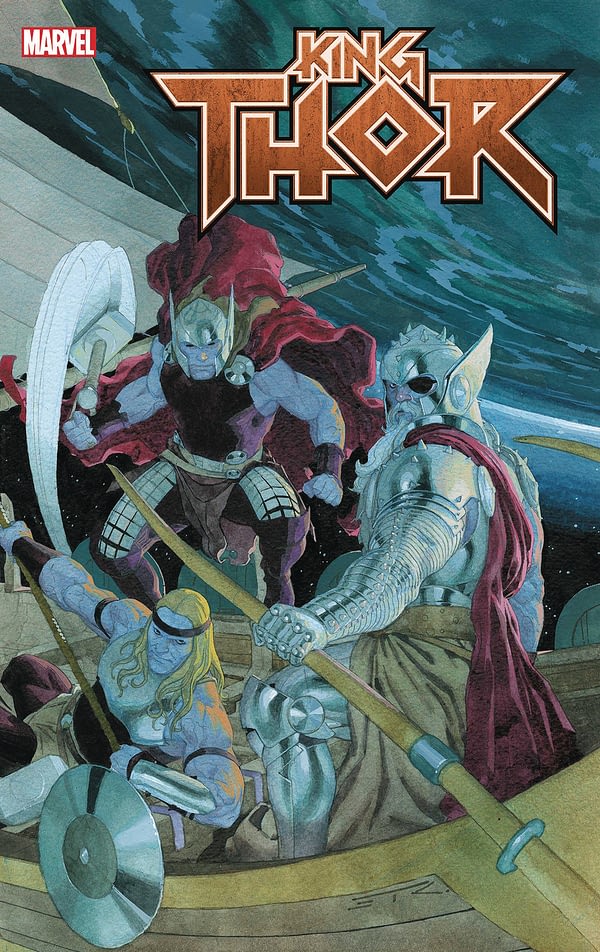