Regular cast member Jennica seeding urgent treatment, and using the same radioactive ooze used to create the Turtles to try and save her. 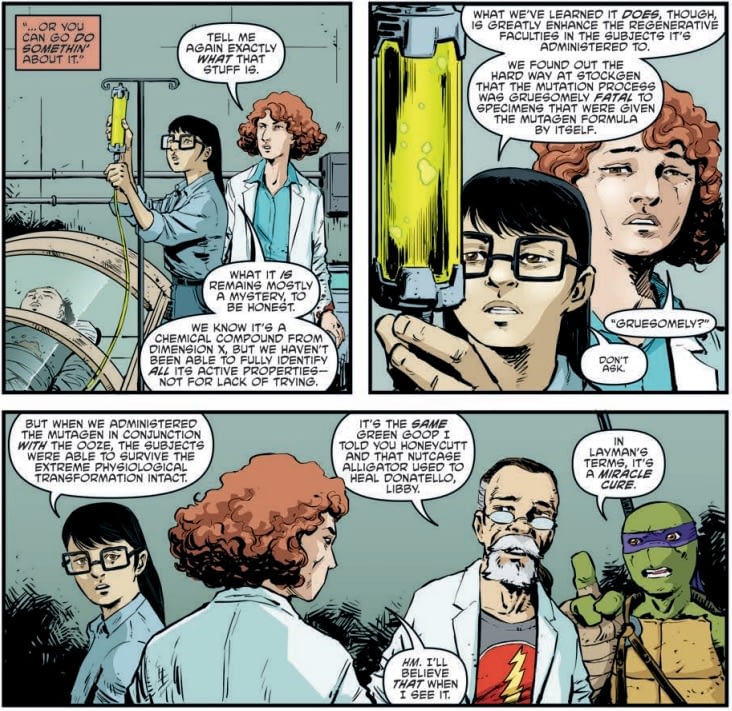 Though not having the desired effect… 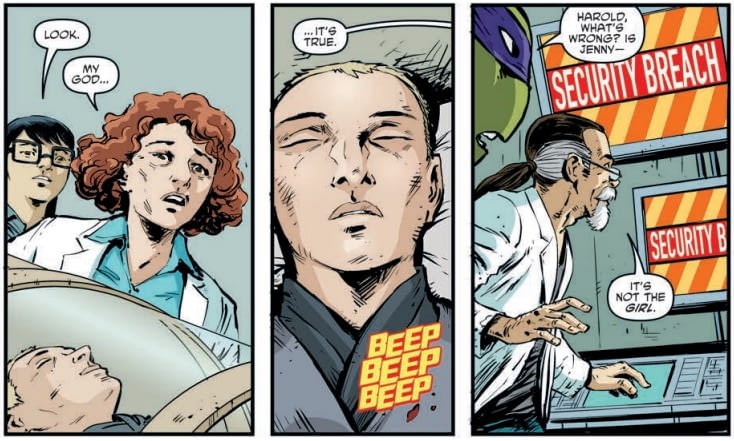 Until another element is added.

Copies of the standard two covers are starting to sell on eBay for up to $30, and showing indications of going further… while the third variant cover which was a 1:10 variant, is selling for up to $95 a piece.

TMNT ONGOING #95 CVR A WACHTER
(W) Tom Waltz, Kevin Eastman (A/CA) Dave Wachter
City at War Part 3. The Turtles race against time to save one of their own, but beset by obstacles on all sides-including the Earth Protection Force and the tide of approaching battle between two warring ninja clans-will they be too late?
An ally's life hangs in the balance!
The countdown to issue #100 continues!
In Shops: Jul 03, 2019
SRP: $3.99 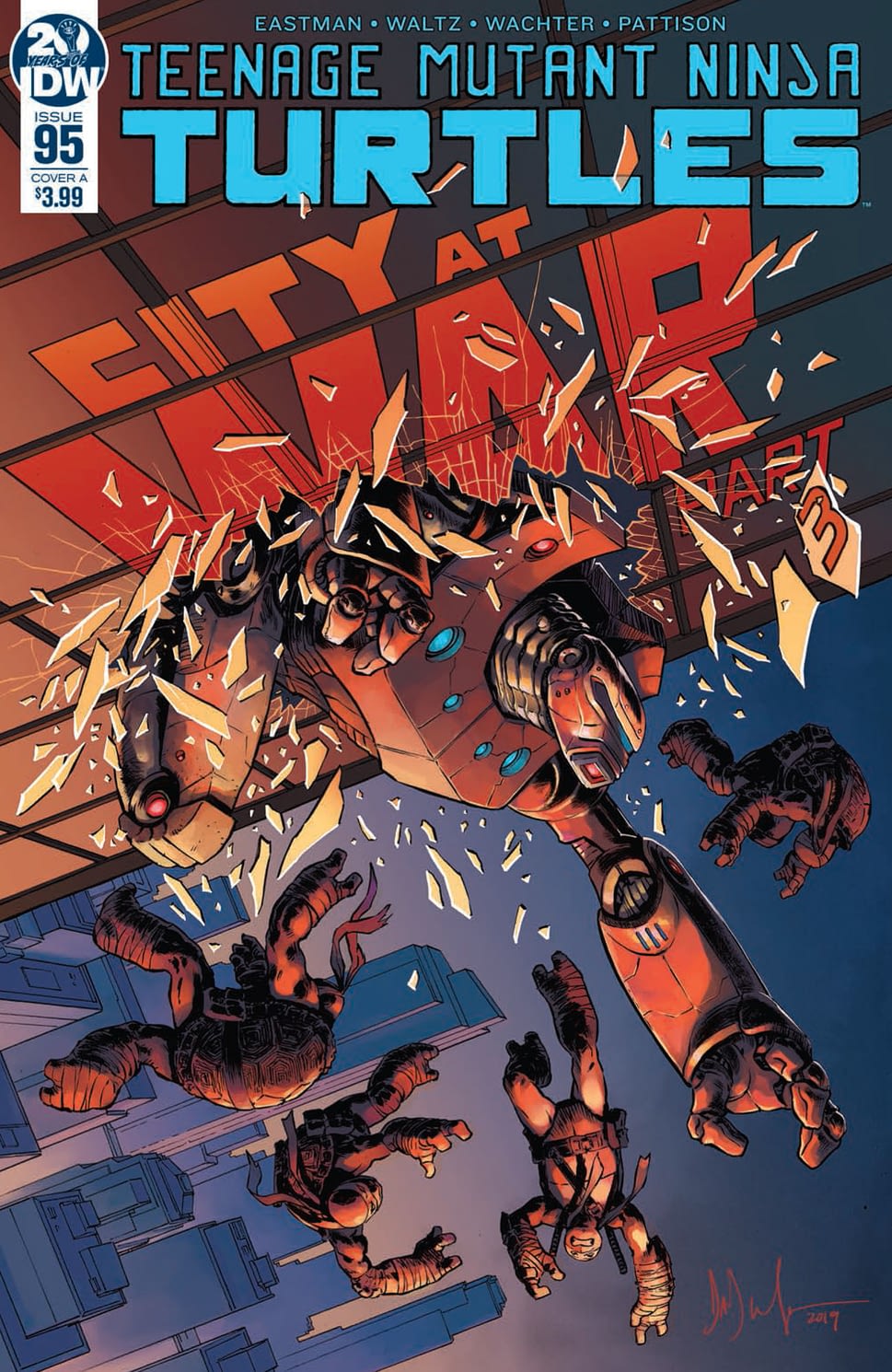 TMNT ONGOING #96 CVR A WACHTER
(W) Tom Waltz, Kevin Eastman (A) Michael Dialynas (CA) Dave Wachter
"City at War, Part 4." As the war for New York reaches a fever pitch, Splinter makes his final gambit for complete victory. Meanwhile, the Turtles are on the run and may not be able to count on each other for survival! The start of Act 2 of "City at War"!In Shops: Jul 31, 2019
Final Orders Due: Jul 08, 2019
SRP: $3.99