Imagine if you will the concept of Luke Cage — wrongfully imprisoned, experimented upon, given superpowers — and then add a Latinx twist along with a sprinkle of a father's redemption story, that would likely get you to the front door of PhenomX #1, an engaging but improperly paced origin story that delivers on charm and comes up short on plotting.

Max Gomez got dealt a bad hand. Racially profiled and railroaded into jail for a crime he literally could not have committed, he also grew up in a neighborhood that was subject to a specific form of irradiation, so that's got its own challenges. All of those things led to him being estranged from his son and disenfranchised from his future. Enter a secret federal government program that wants to use him as a weapon to clean up a mess they made, and Max is on his way to power and possibility.

The script from Aram Rappaport, Joe Miciak, Damian Slattery, and actor John Leguizamo works hard to inject humor and great dialogue into the work. That lifts the possibly dour subject material into something more akin to the approach of Ant-Man, and that's a good choice. Likewise, the sequential art from Chris Batista, Sabrina Cintron, Christopher Sotomayor, and Andworld Design is dynamic and interesting.

The challenge here comes from the structure. Flashing back from an action scene, the origin of this new powered character is abruptly cut short without any kind of resolution of denouement. The last page of the book is just hitting the brakes, not coming to an actual stop of anything, and that's disruptive of the solid vibe that was happening. Whether that's a factor of the creators not knowing that they were running out of pages or whatever, it's hard to swallow.

That said, perhaps collected or with future issues, this will shine as brightly as its dialogue. For now, it's a swing and a miss. RATING: HONORABLE MENTION. 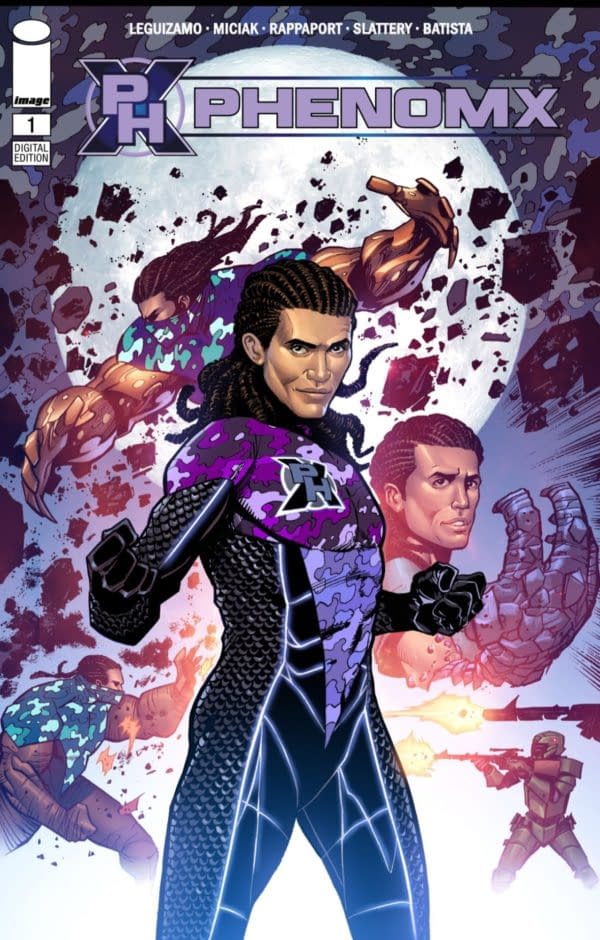 Review by Hannibal Tabu
7.5/10
The government makes a mess, and then tries to weaponize people it disenfranchises to fix that mess in a New York story with real punch to it.
Credits
Editor
Edgardo Miranda-Rodriguez

What Other Image Artists Is Jason Aaron Bringing To His Boom Series?

Marvel has announced the new creative team on Fantastic Four as Ryan North and Iban Coello. They had previously teased the new team, and Bleeding Cool

DC Launches Arkham Academy as the Opposite of Teen Titans Academy

Batman: Urban Legends is about to get a new story by Dennis Culver and Hayden Sherman about a new set of young Gotham ne'er-do-wells who the city intended